Hollywood legend Doris Day died May 13, 2019 at age 97 at her home in Carmel Valley, California. The beautiful, blonde singer turned actress was viewed by many as America’s wholesome girl next door. In the 1940s, ‘50s and ‘60s, Day was a guaranteed motion picture box-office and record-chart success, starring in romantic comedies with Rock Hudson and James Garner and dating Ronald Reagan.

But, underneath all of this stunning beauty and chipper personality, there lay secrets and pain. In her 1975 tell-all, “Doris Day: Her Own Story,” she revealed herself to be a survivor of spousal violence at the hands of her first husband, whom she alleged beat her even while she was pregnant with their first child. Day’s disclosure revealed to the world that even the sunniest woman in America couldn’t escape violence.

Interpersonal violence is a highly prevalent public health problem that affects millions of Americans. Nearly one in four adult women and about one in seven men report having experienced severe physical violence, including being kicked, beaten, choked, burned on purpose or having a weapon used against them, from an intimate partner at some point across their lifespan. As a clinical psychologist who has spent the past 20 years researching the pernicious effects of trauma and treating its survivors, I’d like to take the occasion of Day’s passing to remind us that we can help stop, prevent and heal those who have been exposed to violence.

What we know, and where we need to go

In a seminal paper written in the late 1970s, psychologist Lenore Walker coined the phrase “battered women” and proposed that learned helplessness was the psychological rationale for why these women became targets. She explained that like animals in a cage who repeatedly endure painful electrical shock from which they are unable to escape or avoid, people who experience repetitive violence lose their power and control and understandably give up trying.

Drawing upon her clinical and forensic work with thousands of women in many countries, Dr. Walker proclaimed that “women do not remain in battering relationships because of their psychological need to be a victim; but, rather, because of overt or subtle encouragement by a sexist society.”

It didn’t take long for Walker and other clinicians and researchers working with interpersonal violence survivors to determine that there was a large, shared overlap between different forms of violence. In other words, when one form of violence was found in the family – be it domestic violence, child abuse or elder abuse – other forms were more likely to occur. Thus, many individuals who have had experiences with domestic violence in their lives also been sexually exploited, harassed and abused by other people inside and outside their homes. It makes perfect sense to us psychologists how this revictimization compounds the effects on victims, in part capitalizing on their shame.

There has been extensive scientific study on the causes of domestic violence. Contributing factors are complex and intersecting, for sure. If we’re talking about men who abuse women, those who wholeheartedly buy into rigid views of women’s place in the home, have a higher need for social recognition, are more impulsive and exhibit higher dominance traits are more likely to transgress.

But, if one thinks about the causes of violence in a broader range of perpetrators, other factors also play a strong role. Poverty, heavy alcohol consumption and the chronic disempowerment of individuals educationally, economically and socially are key. And, let’s not forget societies, like the U.S., where the use of violence, and the misuse of power, control and authority are sadly, socially-tolerated norms, have higher rates of violence.

Knowing the high rates of violence as well as its causes and consequences can be shocking and sobering. But, we don’t need to feel hopeless. Decades of research and clinical scholarship indicate ways violent expressions can be stopped or prevented. In fact, the Centers for Disease Control and Prevention has compiled a detailed list of scientific-based programs, policies and practices that can greatly eradicate violence. These include ones that teach safe and healthy relationship skills, engage influential adults and peers, disrupt the developmental pathways toward partner violence, create protective environments, strengthen economic supports for families and support survivors to increase safety and lessen harms.

Over the past almost 50 years, Walker and her team at the Domestic Violence Institute have traveled to many different countries, often at the request of their governments or other professionals seeking to make changes in removing barriers, educating communities and providing services to survivors of domestic violence and other forms of violence.

As a trauma psychologist and a huge fan of Walker’s work, I approached her to ask if she had a magic wand to implement one strategy in the U.S. today, what would it be. She explained, “The single most helpful preventive strategy today would be to better protect children who have lived with domestic violence from being forced into shared parenting with an abuser. They learn that there is very limited protection for either girls or boys in family courts. So even when battered women leave the abuser, if there are children, they will be forced into joint parenting with abuser who cannot share power or control.”

Forty years after Day’s courageous disclosure of domestic violence and in honor of her passing, let this be an invitation to have a national dialogue on violence prevention. There are many ways to reduce the harm to survivors and eliminate and prevent future violence. But, we as a country not only need increased funding for dissemination and implementation of evidence-based programs and policies, we need collective responsibility and action. 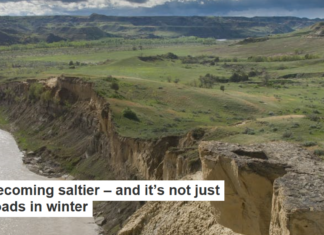 Trump asks NATO allies for help with Iran after years of...

What’s the value of your dog’s life, and why it matters