If the TV series “Dirty Jobs” covered animals as well as humans, it would probably start with dung beetles. These hardworking critters are among the insect world’s most important recyclers. They eat and bury manure from many other species, recycling nutrients and improving soil as they go.

Dung beetles are found on every continent except Antarctica, in forests, grasslands, prairies and deserts. And now, like many other species, they are coping with the effects of climate change.

I am an ecologist who has spent nearly 20 years studying dung beetles. My research spans tropical and temperate ecosystems, and focuses on how these beneficial animals respond to temperature changes.

Insects don’t use internally generated heat to maintain their body temperature. Adults can take actions such as moving to warmer or colder areas. However, earlier life stages such as larvae are often less mobile, so they can be strongly affected by changing temperatures.

But dung beetles appear to have a defense: I have found that adult dung beetles modify their nesting behaviors in response to temperature changes by burying their brood balls deeper in the soil, which protects their developing offspring. https://www.youtube.com/embed/I1RHmSm36aE?wmode=transparent&start=0 Without dung beetles, the world would be messier and smellier.

Dung beetles are also important secondary seed dispersers. Dung from other animals, such as bears and monkeys, contains seeds that the beetles bury underground. This protects the seeds from being eaten, makes them more likely to germinate and improves plant growth.

There are roughly 6,000 species of dung beetles around the world. Most feed exclusively on dung, though some will feed on dead animals, decaying fruit and fungi.

Some species use stars and even the Milky Way to navigate along straight paths. One species, the bull-headed dung beetle (Onthophagus taurus), is the world’s strongest insect, able to pull over 1,000 times its own body weight.

Most popular images of dung beetles show them collecting manure and rolling it into balls to spirit away. In fact, some species are rollers and others are tunnelers that dig into the ground under a dung pat, bring dung down into the tunnel and pack it into a clump or sphere, called a brood ball. The female then lays an egg in each brood ball and backfills the tunnel with soil. Rollers do the same once they get their dung ball safely away from the competition.

When the egg hatches, the larva feeds on dung from the brood ball, pupates and emerges as an adult. It thus goes through complete metamorphosis – from egg to larva to pupa to adult – inside the brood ball.

Dung beetle parents don’t provide care for their offspring, but their nesting behaviors affect the next generation. If a female places a brood ball deeper underground, the larva in the brood ball experiences cooler, less variable temperatures than it would nearer the surface.

This matters because temperatures during development can affect offspring survival and other traits, such as adult body size. If temperatures are too hot, offspring perish. Below that point, warmer, more variable temperatures lead to smaller-bodied beetles, which can affect the next generation’s reproductive success.

Smaller males can’t compete as well as larger males, and smaller females have lower reproductive output than larger females. In addition, smaller-bodied beetles remove less dung, so they provide fewer benefits to humans and ecosystems, such as nutrient cycling.

Beetles in the greenhouse

Climate change is making temperatures more variable in many parts of the world. This means that insects and other species have to handle not just warmer temperatures, but greater changes in temperature day to day.

To examine how adult dung beetles responded to the types of temperature shifts associated with climate change, I designed cone-shaped mini-greenhouses that would fit over 7-gallon buckets buried in the ground to their brims. Will Kirkpatrick, an undergraduate student in my lab, led the field trials.

We gave the beetles fresh cow dung every other day for 10 days and allowed them to make brood balls. Then we carefully dug through the buckets and recorded the number, depth and size of brood balls in each bucket.

Our findings also hint at a possible trade-off between burial depth and brood ball size. Beetle mothers that dug deeper protected their offspring from temperature changes but provided less dung in their brood balls. This meant less nutrition for developing offspring.

Climate change could still affect adult dung beetles in ways we did not test, with consequences for the next generation. In future work, we plan to place brood balls of Phanaeus vindex and other species of dung beetles back into the greenhouse and control buckets at the depths at which they were buried so that we can see how the beetle offspring develop and survive.

So far, though, my colleagues and are encouraged to find that these industrious beetles can alter their behavior in ways that may help them survive in a changing world. 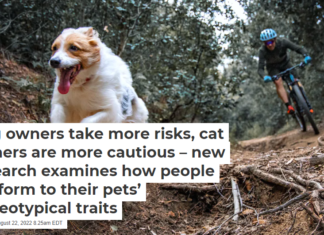 Striking a balance between fairness in competition and the rights of...