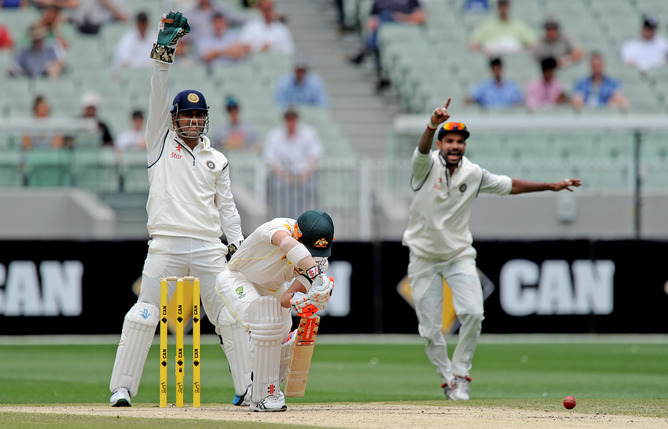 Just as Australian cricket followers are coming to terms with the loss of the (men’s) Ashes and the impending departure of captain Michael Clarke, the national broadcaster has warned them of a far more depressing prospect – the loss of cricket.

Australia was the architect of its own failure in the cauldrons of Cardiff, Edgbaston and Trent Bridge, and it could be equally instrumental in the demise of cricket from the air-conditioned headquarters of the International Cricket Council (ICC) in Dubai.

ABC’s Four Corners is the five-day Test match of Australian current affairs television. Long-running (in both senses), its soberly chilling stories contrast with the day-nighter rush of 60 Minutes or the Twenty20 crash and bash of The Project. So, it was fitting that The Great Cricket Coup, Four Corners’ critical examination of world cricket’s governance, should be keenly focused on Test cricket in peril.

The program opened, almost inevitably, with reporter Quentin McDermott at Lord’s Cricket Ground in London, which equally inevitably is described as the “home of cricket”. Among the gents in striped blazers reading right-wing newspapers there are rumblings that India and its fabulous riches are taking control of the noble game and debauching it.

The consternation is over recent changes to ICC governance orchestrated by the “Big Three” – India, England and Australia. These changes guarantee that they will command most of the multi-billion-dollar revenue of world cricket. This leaves the other seven full members, 38 associate members and 57 affiliate members to squabble over the scraps.

The likely result is that cricket, which has aspirations to become a global game despite the limitations of its growth trajectory along the lines plotted by the old British Empire, would shrink back to a few strongholds.

India, having swapped places with the former cricket hegemon England, would live handsomely off its domestic Twenty20 competition, the Indian Premier League (IPL), one-day and Twenty20 World Cups, and the occasional Test match. Australia and England would still have the Ashes money-spinner, international tournaments and tours involving India.

But other established cricket nations (including South Africa, Pakistan, New Zealand and the West Indies) and those that are emerging (such as Afghanistan, Ireland, Scotland and the United Arab Emirates) would struggle to compete for resources and improve their playing standards and audience appeal. A sign of the coming times is the decision to cut participating teams in the ICC World Cup from the 14 that played in the 2015 event in Australia and New Zealand to ten in England in 2019.

Four Corners interviewed parties for and against the new arrangements, with a clear preponderance of the latter. The program moves to cricket’s 21st-century epicentre, India, and meets Narayanaswami Srinivasan, former president of the Board of Control for Cricket in India (BCCI) and current ICC chairman. Journalist Gideon Haigh describes him here as:

… the most powerful man that there has ever been in cricket.

Srinivasan unashamedly argues that, given India’s generation of 75-80% of world cricket’s income, what’s good for India is good for world cricket. This blunt lesson in the logic of post-colonial cricket capitalism is accompanied by an education in the murky politics and dodgy economics of cricket in India, with its intricate deal-making, black-market betting and IPL spot-fixing scandals.

When his relationship with IPL team Chennai Super Kings and illegal betting by his son-in-law Gurunath Meiyappan are raised, the redoubtable Srinivasan walks out of the room.

Enter the flamboyant marketeer, IPL founder, Srinivasan nemesis and BCCI outcast Lalit Modi. He threatens to overthrow the ICC via a Kerry Packer-style coup, requiring only a paltry, easily raised “few billion dollars” in a move he describes as being “for the players”.

The program is repelled nonetheless by contemporary cricket’s monetary fixation and dismayed by Cricket Australia’s complicity in it all, and especially its selling out of other cricket nations. But it fails to mention that cricket is but one sport among many where today’s moolah has trumped any sense of responsibility to the future or to others less fortunate.

If Four Corners’ cameras had panned north from Lord’s in St John’s Wood to Arsenal’s Emirates Stadium and south to Chelsea’s Stamford Bridge, they would have captured two citadels of football’s English Premier League, which was founded on the principle of “to the richest go the spoils”.

In the EPL’s 23 years to date, four clubs – Manchester United, Chelsea, Arsenal and Manchester City – have between them triumphed on 22 occasions (the sole exception being Blackburn Rovers). This appears to be the India-dominated ICC model for cricket.

Sport capitalism is no different from any other form in its tendency towards monopoly. But competitive uncertainty is a key selling point. Cricket’s Big Three may thrive for now, yet at the cost of cricket’s future capacity to thrive around the world.

Whatever happens, it is hoped that Four Corners will be there to document and analyse developments. Public broadcasters, unlike their commercial counterparts and the current Australian cricket team, like to play the long game.

David Rowe is Professor of Cultural Research, Institute for Culture and Society at University of Western Sydney. 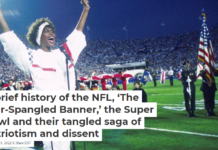 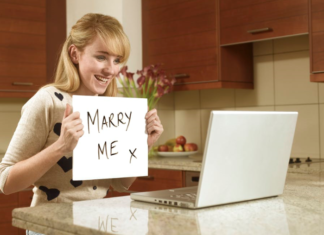 Dating over Zoom? Don’t be surprised if those online sparks fizzle...

Staff Writer - May 28, 2020
Sheril Kirshenbaum, Michigan State University For those dipping their toes into the dating pool during stay-at-home orders, it’s been like swimming in a version of...