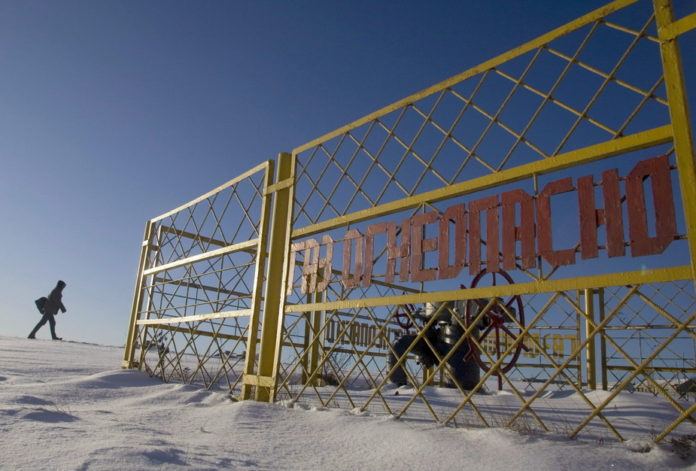 The Ukraine crisis caused relations between Russia and the EU to fall to their lowest point since the Cold War. But despite the bickering and outright conflicts, both still need each other: Europe relies on Russian gas to keep warm, and Russia in turn needs revenues. With winter on its way and capital flight from Russia reaching dangerous levels, the outlook should draw the EU and Russia back together.

Gazprom is the only supplier of Russian natural gas to Europe. In 2013, it exported 161.5 billion cubic meters (bcm) of gas to the rest of the continent (Germany, Turkey and Italy were the biggest recipients). That works out to around 30% of Europe’s consumer market. This in turn means European consumers are responsible for around 40% of Gazprom’s annual revenues.

Russia currently exports gas to Europe through five routes: via Ukraine (supplying Slovakia, the Czech Republic, Hungary, and feeding into western Europe, as well as to south-eastern Europe and Turkey); via Belarus to the Baltic states, Poland and Germany; via the Blue Stream pipeline directly into Turkey; and via Nord Stream directly to Germany and Finland.

Both parties are interdependent and should pull together an action plan for cooperation to gain from their relationship. However, dependencies vary from country to country. Most nations in eastern Europe rely heavily on Russian gas, while others, such as Spain, Portugal, Ireland or Denmark, don’t import any at all.

The most precarious countries are those which rely totally on imports of gas from Russia specifically via Ukraine. Bulgaria, for instance, is particularly at risk. It has very small conventional gas reserves (5bcm per 2010 statistics) and imports 94% of its domestic consumption, it has very little storage capacity, and relies heavily on Russian gas imported through Ukraine. Moldova is highly vulnerable too.

After disruptions to the supply of gas from Russia in 2006 and 2009, the EU aimed to wean itself off Russian gas. Connections between national gas grids were put in place, giving countries a back-up plan in case of further disruption.

New suppliers were also sought to replace Russia. In 2013 Europe imported 48.5 bcm of natural gas from North Africa, 13 bcm from Iran and Azerbaijan, and 46 bcm in liquefied natural gas (LNG), mainly from Qatar. But to put these numbers in context, this year alone Gazprom plans to sell 157 bcm to Europe.

All of Europe’s various options for new energy supply have their own problems. The US’ large shale gas reserves could end up heating Europe homes, however LNG terminals must be built on both continents before large amounts can be shipped across the Atlantic. This is unlikely to happen in the near future. It means high investment costs, which would be passed on to European consumers and industries – the EU might not like Russia, but it still likes cheap energy.

Gas from Africa and the eastern Mediterranean could help, but this would require billions to be spent on new drilling, refining, ports and security. A proposal to bring gas from the Middle East and the Caspian Sea region to Europe via Turkey will become a reality by 2018-2020. This southern corridor is another option, but again there are lots of logistical and security hurdles to overcome.

In reality, Europe’s options are limited. A more diversified supply is still some way off. The EU’s supply contracts are long term, and this doesn’t allow to make short-term changes that may account for political factors – Russia is guaranteed stable gas sales until at least 2022. Individual countries can’t even do much about it by themselves as a 1998 EU directive restricts the power of national governments. Italy couldn’t suddenly sign a big deal with Namibia, for instance, without first going through EU channels.

Since the USSR broke up, Russia has wanted to diversify its own exports, reducing its reliance on gas sent to Europe through the Ukraine. Thanks to new pipelines across Belarus and under the Black Sea, this is already happening: in the 1990s around 90% of gas exports from Russia to Europe went through Ukraine Pipelines. This was down to 70% in 2007 and to 50% in 2013. Once the South Stream pipeline through Bulgaria is built, reliance on exports through the Ukraine will decrease even further, but will still remain significant.

For Russia, the obvious long-term solution is to find alternative gas buyers elsewhere in the world. This explains the recent Russia-China energy deals. However, Europe still demands more energy than emerging economies and has better connections with Russia. For the moment, despite Russia’s best efforts, Europe is the main source of Gazprom’s revenue and profits. Russia’s efforts to diversify away from Euros and Dollars are unlikely to take off in the short run.

The EU and Russia therefore need to get together in the short and medium future – before new suppliers or supply routes can be developed – to safeguard energy security for Europe and revenues for Russia. This mutual interdependency could eventually draw Europe and Russia back together, despite all the political rhetoric.

Raimund Bleischwitz does not work for, consult to, own shares in or receive funding from any company or organisation that would benefit from this article, and has no relevant affiliations. 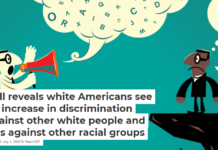 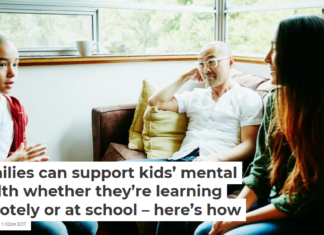 Staff Writer - August 20, 2020
Erika Bocknek, Wayne State University The choice between in-person learning, where available, and remote learning is a fraught one for parents. Children experience joy and...

21 million Americans say Biden is ‘illegitimate’ and Trump should be...