It isn’t surprising that many Bostonians have vivid memories of the 2013 Marathon bombing, or that many New Yorkers have very clear memories about where they were and what they were doing on 9/11.

But many individuals who were not onsite for these attacks, or not even in Boston on April 15 2013 or in New York on September 11 2001 also have vivid memories of how they learned about these events. Why would people who were not immediately or directly affected have such a long-lasting sense of knowing exactly where they were and what they were doing when they heard the news?

These recollections are called flashbulb memories. In a flashbulb memory, we recall the experience of learning about an event, not the factual details of the event itself.

There might be an advantage to recalling the elements of important events that happen to us or to those close to us, but there appears to be little benefit to recalling our experience hearing this kind of news. So why does learning about a big event create such vivid memories? And just how accurate are flashbulb memories?

Not all historical events lead to flashbulb memories. An event must capture our individual attention and be identified as something significant before the memory is intensified. In order for us to exhibit this enhanced memory phenomenon, it seems critical that we feel a sense of personal or cultural connection to the event that results in a strong emotional reaction.

Hearing that a loved one has unexpectedly died would likely lead to a flashbulb-like memory, however, psychologists tend to study public events so they can examine a large number of memories referencing the same event. By doing so, investigators can examine the memories from a large group of individuals, often at varying intervals, to see how memories change over time.

Cross-cultural studies of flashbulb memories show that although the types of events and the memories that result are quite similar from person to person, the specific events that lead to these memories vary dramatically.

Some theorists have argued that part of the reason that our flashbulb memories are so long-lasting is because having such a vivid memory is “proof” of our membership in a particular social group. It would be a poor patriot who could not remember what he or she was doing on September 11 2001.

The first description of flashbulb-type memories in the psychological literature (by F W Colgrove in 1899) is actually of Abraham Lincoln’s assassination and the sample report includes abundant, specific detail:

Everybody looked so sad, and there was such terrible excitement that my father stopped his horse, and leaning from the carriage called: ‘What is it my friends? What has happened?’ ‘Haven’t you heard?’ was their reply–’Lincoln has been assassinated.’ The lines fell from my father’s limp hands, and with tears streaming from his eyes he sat as one bereft of motion.

Although we can remember many events from our lives for decades or longer, it’s the particular ease with which these extremely vivid memories come to mind after lengthy, sometimes lifelong delays, that also makes them remarkable.

Compared to ordinary autobiographical memories, flashbulb memories include richer sensory detail. For example, you may readily be able to picture people and places clearly and to hear the sounds of voices and ambient noises intensely. These memories are also characterized by the presence of “idiosyncratic details” that seem to be irrelevant to the overall scene.

Because we can easily recall a lot of details about the event, we believe those details accurately reflect what happened. But it turns out that the durability and the vividness of these memories are actually more reliable than their accuracy. In other words, although we feel like we remember exactly where we were and what we were doing, the evidence suggests that our confidence may be misplaced.

Have you ever disagreed with a spouse or a sibling about what actually happened at an event you both attended? You might realize that our memories are not a perfect reproduction of what occurred in the past. Instead, psychologists describe memories as being reconstructions of the past. Memories are based, in part, on what actually happened (obviously), but are also influenced by our current thoughts and emotions and our reasons for remembering.

You don’t remember events exactly as they happened

All memories tend to lose detail over time and we sometimes confuse details from one event with those from another. This is also true of flashbulb memories. We are just as prone to forgetting and, more interestingly, potentially more vulnerable to mis-remembering, flashbulb memories than other autobiographical memories. Because we frequently think about and talk about our flashbulb memories, we sometimes add details from other events or incorporate details suggested by others. By doing so, we shape our memories into a coherent, interesting story to share.

Media coverage contributes, in part, to this phenomenon. Repeatedly viewing footage that was only available later can sometimes lead to mistakenly remembering that you saw those images at the time of the event. The media can also serve as a cue to think about or talk about these memories, enhancing their accessibility and vividness.

So, although we have a subjective feeling of remembering these events “exactly” as they occurred, this is typically not the case. When people are asked to record their memories, these objective reports for flashbulb memories include errors of omission and commission to the same degree as other autobiographical memories from the same time.

Why, then, do we feel like we remember exactly where we were and what we were doing when we learned of an important event? Because doing so demonstrates to ourselves and to others what we believe to be important. 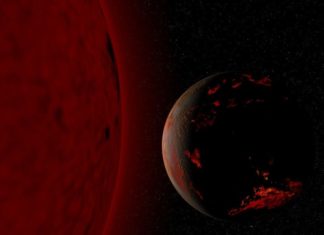 Staff Writer - March 6, 2015
By Jillian Scudder, University of Sussex In a few billion years, the sun will become a red giant so large that it will engulf our...