Saturday just before noon, tourists posted photos of Nepal’s World Heritage sites, walking side by side with Nepalese residents of Kathmandu. Moments later, they fell to the ground as intense ground shaking announced the rupture of a roughly 170 kilometer-long (about 100 miles) swath of a deadly fault system below the city.

Simultaneously, mountain climbers at camps along the route to the summit of Mount Everest were jolted from tents or tracks and watched in horror as massive chunks of snow and ice were dislodged by the magnitude 7.9 earthquake. Over the week following this devastating, shallow earthquake, remote communities throughout the region will tally death and building destruction tolls. And the watching world will gasp at the destruction.

The Himalayas region is particularly vulnerable to earthquakes. But Nepal is only one of many popular destinations that carry similar dangers, many of which tourists can prepare for.

The earthquake in Nepal was no surprise. Mount Everest and other mountains along the length of the Himalayan mountain range were formed by wedges of rock shoved on top of other rock layers, much like snow stacks up on shovels. This stacking, or thickening, occurs during infrequent, but devastating earthquakes.

Why? The India subcontinent and Asia began to collide millions of years ago. Rock layers about 40 kilometers (25 miles) thick from Asia are being shoved on top of crustal rocks, which are about 40 kilometers (25 miles) thick, of the Indian subcontinent. The shoving, or thrusting, involves several parallel fault planes that slip centimeters or meters during infrequent earthquakes.

Frictional stresses along the more than 3000 kilometer-long, roughly 20 kilometer-tall (12.5 miles) fault planes marking the India-Asia plate boundary resist the plate motions. That means the stresses, caused by the India-Asia plate pushing, build up over decades or centuries before they are large enough to provoke a big earthquake along a section of one or more segments of the fault systems.

This most recent earthquake was particularly devastating because the rupture originated at a depth of about 12 kilometers (7.5 miles) below Earth’s surface, and caused slip along a nearly horizontal plane, according to the US National Earthquake Information Center. The shallow earthquake source, and the shallow fault zone geometry, caused intense shaking over a broad region. Only the largest earthquakes rupture to Earth’s surface.

Geological studies reveal an increased shaking hazard in the region because of relatively weak ancient lake sediments. This amplifies ground motions in Kathmandu and areas to the south in India.

Satellite and ground-based monitoring enables geophysicists to highlight areas with the greatest possibility for landslides and intense ground shaking. But the complexity and scale of Earth’s fault systems restrict the ability to answer the critical question: When will the next earthquake occur?

In the case of the Kathmandu earthquake, Nepalese and international geophysicists could only advise regional administrators to be vigilant. This advice did not, however, translate to strict zoning regulations and building codes, and some historic buildings had no mortar between bricks.

The instant we click seatbelts in cars or airplanes, we acknowledge the inherent risk of travel. When it comes to geohazards, decades of earthquake and satellite-based ground deformation monitoring reveal the most seismically active areas in the world, even day-by-day activity.

Also, archaeological digs of ancient structures, historic documents, and studies of ancient soil levels provide clues of damaging repeat earthquakes in some areas. Many of these high-risk regions have well-developed public information plans, and first responders practice for the eventuality of damaging earthquakes.

Tourists to the Mediterranean region, for example, benefit from the more than 4,000-year written record of earthquakes, volcanoes, and associated tsunamis. These historic records highlight the potential risk of buildings that lack steel reinforcement (rebar) and cross-beams to reduce the damage of earthquake surface waves.

Indeed, construction styles in historic districts of many cities, including Kathmandu, are wholly inadequate to resist the intense ground shaking from devastating shallow earthquakes. Four of the seven World Heritage Sites in Khandahar were destroyed, and visitors were killed at the sites and in the surrounding areas.

What can travelers do before they leave?

Students in my Geohazards and their Mitigation class compiled a few key steps to disaster preparedness, gathered from national and international guidelines and case studies of earthquake-hazard mitigation.

Best practice for all hotels and guest houses includes simple instructions for reducing harm from hazards, such as indicating earthquake and tsunami meeting points. Well-prepared staff are also trained in disaster response and have emergency water and medical supplies.

With a bit more effort than clicking a seatbelt, all world travelers can take precautions to minimize risk. And in developing countries, tourism dollars can lead to changes in building and zoning regulations.

Students from the Geohazards and their Mitigation class at the University of Rochester contributed to this article. 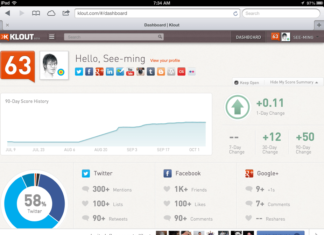 Four things that you should know about the EPA Clean Power...