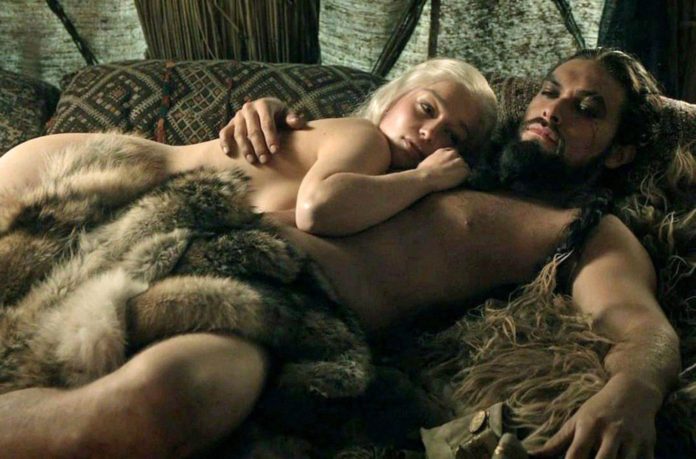 Premium cable television started with HBO. Around the time of the late 90s and early 2000s, it alone came out with game-changing hit shows like Sex and the City, The Sopranos, and The Wire. Then, in 2004, HBO released Deadwood, David Milch’s infamous western drama that not only goes down in history as one of the best television series ever, but also set the tone for all premium cable television to come.

How was HBO raising the bar and impacting TV in such a fundamental way that today we are still enjoying its benefits? With its thoroughly researched, original, and often dangerous storylines, cutting-edge themes, quality actors and writers, and meaty budgets, TV was quickly attracting high profile creatives, and offering audiences around the world artful and thought provoking content.

What was important about Darren Star’s Sex and the City was that for the first time on television ever female sexuality was explored. Almost exclusively and relentlessly.

HBO single-handedly elevated TV from the second-rate status it had forever been doomed to—movies having the A status—and made it really good. Remember when the most you associated TV with was CSI, Mad About You, and Survivor? Anything actually worth talking about you’d see in the theatres. Now, with names like Kevin Spacey, Liv Tyler, Sissy Spacek, Liev Shreiber, and Claire Danes gracing the silver screen on the regular, there’s little reason to leave your couch. (While it used to be the case that actors had to do their time on TV before breaking into the big league of movies, it now feels like almost the opposite is true!)

Not long after this new wave of quality TV on HBO emerged, naturally, other premium cable networks wanted in on the action. Showtime, AMC, and Starz all began hungrily searching for and developing content that could compete in this new edgy TV climate. Showtime came out with Dexter in 2006, and in 2007, AMC—a network that had previously been both struggling and uncool—released the tres-hip Mad Men.

Then, what resulted from this healthy competition—for a period of time, at least—was an assumption that the riskier, the sexier, the more naked, and the more violent, THE BETTER. After all, they were premium cable, they could do as they liked! HBO released Rome in 2005, and while it only lasted for two seasons, Rome is remembered for its full-frontal nudity and violent sequences. In 2007, Showtime came out with The Tudors, where ample breasts and scandalous sex scenes were plenty, and that same year, followed up with Californication, a drugs and sex-crazed, kinky dramedy.

HBO didn’t miss a beat. In 2008 it premiered True Blood, its highly confrontational, explicit, and salacious vampire series. And in 2010 came Board Walk Empire, it’s sexy prohibition-era drama that saw Steve Buscemi surrounded by buxom breasted naked beauties more often in the four years he was on that show than in his entire 40-something years of off-screen life.

Then came HBO’s Game of Thrones in 2011. Another epic period drama that needs little introduction. Although many may attest that Game of Thrones’ storylines, characters, and themes far surpassed its predecessors in terms of substance, and while it may have indeed toned down some of its explicit (and gratuitous?) sex and nudity content (it’s had six seasons to fine-tune), when it premiered, from the perspective of sensationalism, GOT was on par with Spartacus.

Eventually something had to give. With our TV watching habits quickly becoming immune to large doses of tits and ass per episode, almost exclusively appealing to the male-gaze, a change was a comin’…

In 2012, HBO, still the pioneer and frontier of premium cable, premiered Girls. Created, written, produced, and mostly directed by and starring 24-year-old newcomer Lena Dunham, a radical shift happened. But this shift didn’t mean less sex and nudity. No, they would remain the status quo in the premium cable world for another few years. What had changed was that for the first time in pop culture history, sex scenes were being written and produced by a woman. And even more radical was that this woman was far from the physical type we had grown so accustomed to watching (tall, slim, perky boobs, petite waistlines, beautiful faces). Instead, Dunham was short, frumpy, and ordinary. And we were being asked to see her naked all the time. In weird and often compromising positions or situations, no less. What was even more extraordinary—although not at all surprising—was that she was the master behind this gender subversion and cultural shift on television. A shift that would change things forever. (If Girls‘ popularity and ratings were anything to go by, the world was more than ready.)

Soon after, in 2013, Netflix—yes, TV had now moved to the web—followed HBO’s lead with this new trend and premiered Orange is the New Black. Also created by a woman, Jenji Kohan, OINB continued to explore sex and nudity on TV from a female perspective, but this time in the confines of a prison. The result was a far cry from the stereotypical bodies and sex scenes previously celebrated on the screen, and a very explicit, often ugly look at the female experience.

The following year, in 2014, Netflix’s new competitor, Amazon, came out with Jill Soloway’s Transparent. The next female-generated series to take-the-world-by-storm. But this time we saw sexuality explored from the perspective of a transgender woman, her bi-sexual daughters, and heterosexual son. Another shift that came with this show was that instead of exposing and depicting lots of body parts and bedroom scenes, Transparent tended to focus on character’s existential experiences within the realm of sexuality.

The shift from graphic nudity and sex scenes has continued and a certain integrity has returned to most hit premium cable shows today. Story (or substance) over sensationalism (or titillation) seems to be the key. Netflix’s Stranger Things, Bloodline, and House of Cards are all good examples of this recent shift.

How long will it last? Or, perhaps the better question is, when can we expect the next wave of change to come? While the answer to these questions may be intangible at this moment, what’s clear is that exciting and ground breaking television isn’t going anywhere anytime soon. Maybe what we can expect to change is just our individual definitions of what sex on television means. 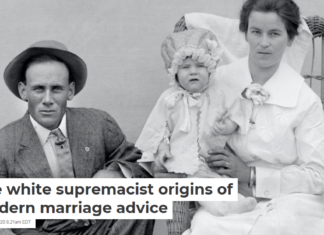 Staff Writer - August 27, 2020
Jane Ward, University of California, Riverside When I was conducting research for my new book on the destructive aspects of modern heterosexual relationships, I started...

The US is stingier with child care and maternity leave than...