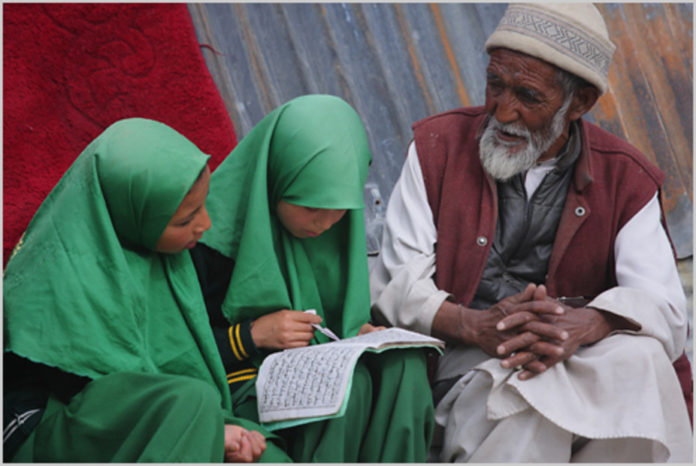 Muslim countries worldwide have problems with gender equality. They dominate the bottom ten countries in the Global Gender Gap Report and none of the ten most successful countries offering equal opportunities for men and women is Muslim.

Girls lag behind boys in school attendance, making up 54% of the out-of-school child population in the Arab states, a figure that has not changed since 2000.
Of the ten countries that fare the worst for child school attendance rates, seven are Muslim.

These are Nigeria, Pakistan, Ethiopia, Cote d’Ivoire, Burkina Faso, Niger and Yemen: countries that are often considered hotspots for acts of violence against women and school girls.

The near-fatal attack on Malala Yousafzai by a Taliban gunman in Pakistan two years ago reminds us of the challenging circumstances in which girls attend school in many Muslim countries. Her subsequent fight for education for girls and children worldwide won her this year’s Nobel Peace Prize.

Earlier this year, as many as 276 school girls were abducted for similar reasons in the Borno state of Nigeria. Their captors from the extremist Boko Haram group consider secular education a grave threat to Islam.

Frequent attacks on schools in Nigeria have forced many parents to withdraw girls from education. In some states schools have even closed down for fear of insurgent attacks.

More recently a Boko Haram-style armed group warned schools in Pakistan against co-education. It’s little wonder Nigeria and Pakistan together account for a quarter of the world’s out-of-school children.

Why this inequity in Muslim nations?

In many Muslim countries women are subjected to patriarchal norms and varying degrees of restriction on economic participation. This reduces the value of girls’ education in society.

Some scholars blame culture and religion for this problem. Others say the economic structure of some Muslim countries is not conducive to women’s development. They argue patriarchal norms persist because oil‐rich economies limit the role of women in the paid workforce and restrict women’s participation in politics.

Not all Muslim nations suffer gender inequity in education

Within the Middle East, a region widely considered to lack progress in girls’ education, Turkey is very close to eliminating the gender gap in schooling. In Quwait, UAE, Bahrain and Libya, more girls are in secondary school than boys and there is gender parity in primary enrolment.

Much clearer success stories are emerging outside the Arab world. In Indonesia, the world’s most populous Muslim country, equal numbers of girls and boys are in school. In neighbouring Malaysia, boys even lag behind girls at almost all levels of education.

Muslim nations in South-East Asia have a better record of educating girls.
Flickr/Andy Maluche, CC BY

In the Borno state of Nigeria, half of ten-year-old girls remain out of school, a situation Malaysia overcame nearly three decades ago. A similar pattern is visible in Bangladesh where girls outnumber boys in primary as well as secondary school. Neither religious orthodoxy nor income poverty could keep girls away from schools in this Muslim majority nation.

What explains these contrasts within the Muslim world?

The answer lies partly in different policy choices. Even though public spending on education hasn’t increased significantly, the Bangladesh government prioritised women’s development through gender-responsive budgeting and partnered with non-state providers to make up for gaps in public investment.

The government introduced nation-wide scholarship schemes for school-aged girls. NGOs were also encouraged to run development programs targeting girls and women in rural communities. The coordinated push for greater educational opportunities for girls was matched by large-scale deployment of rural women as providers of social services as well as micro-entrepreneurs.

This helped to quickly shift the cultural norm in girls’ social participation. The absence of such a “big push” in Pakistan probably explains why it has fallen behind Bangladesh in terms of girls’ education. The Global Gender Gap index ranks Bangladesh (75) much higher than other Muslim majority countries such as Saudi Arabia (127), Iran (130) and Pakistan (135).

Neither poverty nor patriarchy stands in the way of women’s development in some Muslim countries.
Flickr/Guy Nesher, CC BY

Malaysia’s approach to girls’ education was more conventional. Inspired by the success of high-performing East Asian economies such as South Korea, Malaysia prioritised education for all. Long before experiencing double-digit growth rates, Malaysian education spending was much higher than that of other developing countries. According to the World Bank’s World Development Indicators, by 1970 gross female primary school enrolment in Malaysia was nearly three times higher than that of Nigeria.

In Malaysia, democracy, development and equitable growth in early years reduced the demand for extreme views. This may explain why female schooling has never been undermined in Malaysia by religious extremism or violence caused by “Islamic” radical groups like Boko Haram.

What is happening in Nigeria is a reflection of long-term deprivation of basic health and education services. Despite plentiful natural resources, human development was never a priority. The country’s oil rent was not used productively to build schools and boost literacy rates.

The absence of a functional democracy, poor governance and widespread corruption may have fuelled demand for a puritanical Islamic regime and allowed extremists groups like Boko Haram to thrive.

Boko Haram has emerged in the poorest part of Nigeria where nearly three-quarters of the population live in abject poverty. Nigeria remains one of the few developing countries where more than 20% of primary school-aged children will remain out of school by 2015.

The success stories of Indonesia and Malaysia highlight the importance of sustained public investment. And Bangladesh proves that if gender equity is prioritised, rapid progress is possible despite limited economic capacity. These three countries show that neither poverty nor patriarchy can stand in the way of women’s development in Muslim societies.

The lesson for the rest of the Muslim world is that schooling gender gaps can be narrowed, as long as there is a political consensus on achieving education for all. A lack of consensus can encourage religious extremism and opposition to inclusive development. This will further limit the prospect of women’s empowerment through education.

I receive funding from the Australian Development Research Award Scheme (ADRAS) for a project on ‘The Role of Secondary Schooling and Gender Norms in the Long-term Opportunities and Choices of Rural Bangladeshi Women’. 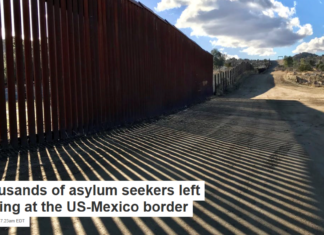 Staff Writer - June 17, 2019
Savitri Arvey, University of California San Diego and Steph Leutert, University of Texas at Austin Over the past three months, the number of Central Americans...