Labor unions and the workers they represent were once the heart and soul of the Democratic Party.

The 2016 presidential election revealed just how much that has changed. Hillary Clinton lost in key battleground states like Michigan and Wisconsin in part because she took labor support for granted.

A survey my team of labor scholars at MIT conducted about five months after the election showed that most workers feel they lack a voice at their jobs. Many Americans apparently felt that Donald Trump did a much better job than Clinton showing he was on their side and had a plan to help them.

As I watch the 2020 presidential debates, I wonder: Will Democrats make the same mistake? Or will they return to their roots and put the full range of workers’ needs and aspirations front and center in their campaigns?

Some of the candidates vying to be the 2020 nominee have offered plans to support organized labor, but they mainly endorse bills already in Congress to shore up collective bargaining rights. None have offered a clear vision and strategy for assuring workers have a voice in the key decisions that will shape the future of work.

This won’t be enough to give workers the stronger and broader voice at work they are calling for today.

In our 2017 survey, we learned two key things about what workers actually want.

First, a majority of workers reported they have less say and influence than they believe they ought to have on a broad array of workplace issues, ranging from compensation and job security to concerns about sexual harassment and how new technologies will affect their jobs and careers.

Thus, there is a significant “voice gap” on both traditional “bread and butter” issues as well as emerging ones that lie beyond the reach of traditional collective bargaining. Workers want these voice gaps filled.

Second, just under half of nonunion workers in America would join a union today if given the opportunity to do so, a level of interest that is at a 40-year high. This translates into 58 million potential new union members that, if mobilized and supported, could restore the Democrats’ lost soul and keep them in power long enough to really do the things that would make the economy work for workers.

Instead, I’ve seen throwaway lines at debates merely signaling support for unions, which I don’t believe will be enough to win back the workers that voted for Trump.

The 2017 survey and our subsequent research demonstrate that what workers really need is a new social compact governing work that lifts their voices.

This desire is also clearly being expressed in the growing number of collective actions taking place across the country. For example, the teachers who have gone on strike in at least half a dozen states did so not only for higher wages but to ensure their students were getting the financial support they needed. Google workers staged a walkout late last year to force their company to change sexual misconduct policy.

A new compact will of course require reforming basic labor law by protecting freedom of association and providing workers access to collective bargaining and other forms of representation. Today it’s almost impossible for workers to join a union if management resists.

And it will require opening up labor law to more fundamental changes to give workers a seat on corporate boards and a voice in how new technologies will affect their jobs and providing new avenues for resolving harassment claims.

But more than that, workers need politicians to give them a strong and forward-looking platform that both restores collective bargaining and new ways to address broader workplace issues such as harassment policy and technological change.

Doing so might not only help Democrats reclaim the White House in 2020 but help the party regain its soul as well. 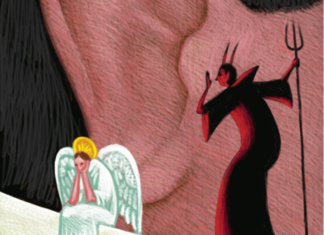 What is a derecho? An atmospheric scientist explains these rare but...

Data breaches are inevitable – here’s how to protect yourself anyway

You’d be better off lighting your money on fire than giving...