Health food enthusiasts routinely shell out over US$30 per pound for dried algae powder to whip up green smoothies to fuel their bodies. Algae can also power vehicles, but algae-based renewable fuels cost more than currently available gasoline or diesel fuel. Although biofuels made from algae provide numerous environmental benefits, they will not win market share until they can compete economically with cheap fossil fuels.

Algae require tremendous volumes of water to grow, and reusing that water makes production cheaper. However, researchers have disagreed on how recycled water affects algae. Some scientists have found that it inhibits growth; others found that it improves growth; and many found that it has no effect.

As a researcher focused on algae cultivation, I wanted to find an explanation for these different results, which could reveal optimal strategies for growing algae. In a recently published study, I found that algae growth success was highly linked to the type of algae previously grown in the reused water. This knowledge could help us choose which algae to grow to make a more competitive fuel source. Though it may seem like a minor adjustment, finding the most effective and economical production methods is an essential step in moving any technology from the lab to the market.

Algae are microscopic organisms that live in water and produce their own food from sunlight. They reproduce quickly and don’t compete with land for food crops, which makes them a more attractive biofuel source than corn and soybeans, the main sources for current U.S. biofuels.

Scientists have been researching algae fuels for several decades, but many algae biofuel companies failed to turn a profit. As a result, they either went bankrupt or switched to making more profitable nutrition products.

A common way of growing algae for fuel involves pumping millions of gallons of water into man-made oval-shaped ponds that look like oversized running tracks. A commercial-scale algae farm could have 100 acres of these ponds.

Producers “plant” this aquatic crop by adding algae and required nutrients to the ponds. Rotating paddle wheels circulate the algae around these shallow ponds. Within days, a single teaspoon of pond water can contain millions of algae cells.

To collect the algae, producers channel some of the water into a harvest pond and add chemicals that cause algae cells to clump together, making them easier to remove. Harvested algae can be converted into fuels through methods such as subjecting them to high temperatures and pressures, similar to the processes that created fossil fuels underground over millions of years.

Water left over after algae harvesting can be returned to the ponds for reuse. If algae farms don’t recycle water, they have to spend time and money to treat it before they can discharge it. Then they need to pump in millions of gallons of new water to fill the ponds and add nutrients to this water.

Recycling cultivation water saves water and money, but poses other challenges. Algae secrete molecules into their liquid habitat as they grow, just as people leave behind dead skin cells, mucus and other wastes. Algae can also break open when they die, releasing their innards.

To find ways of optimizing algae production with water reuse, I needed to look for common trends among cases of successful or unsuccessful algae growth, such as how the algae were harvested or their age when harvested. After scouring published research, I found over 80 relevant biotechnology and ecology studies, containing over 500 experiments, from which I pulled data and other pertinent information.

Most factors I looked at, such as harvesting method or growth conditions like temperature, were not linked to how well algae multiplied in recycled water. However, the type of algae (more specifically, the genus) grown prior to water reuse was highly connected to the growth potential of its successor.

Some algae, such as Desmodesmus, Tetraselmis and Arthrospira, often left behind more suitable water than others. This means algae companies should choose algae that leave behind harmless, or even beneficial, molecules in the water, in addition to having other desirable traits such as fast and robust growth.

Several studies alternated the type of algae with each reuse of the water, much as many farmers rotate crops in planned sequences to maintain the health of their soil. I thought that aquatic crop rotation might help algae too, but overall the available data didn’t support this idea.

Still, certain algae produced recycled water that was favorable for some strains of algae but unsuitable for others. Further research into finding strains that can work well with crop rotation may lead to cost-saving water reuse practices.

The road to algae fuels

More questions must be addressed to advance the potential of this cost-saving strategy. For example, researchers could compare algae than can and cannot consume organic matter, which is simply anything containing carbon. All algae secretions and debris are made of organic matter, so algae that can eat that material may grow better in recycled water than algae that can only obtain their energy from sunlight.

Researchers can also measure and identify the various algae secretions in recycled water to test whether growth varies with the concentrations of these substances. Bacteria also coexist with algae and consume their secretions, so researchers could study whether certain bacteria promote algae growth in recycled water.

Barring unlikely policy changes, algae have a shot at becoming a viable renewable fuel source only if costs are reduced at every production stage and productivity increases. Water recycling is one part of a multi-approach solution to gradually make algae biofuels more profitable. Though the future of algae biofuels is uncertain, we need to keep working to solve these challenges as other countries strive to do the same. 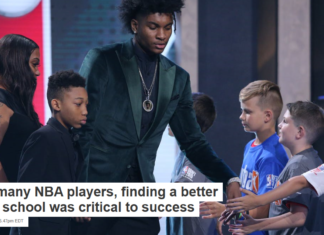 Do you really need 8 glasses of water a day? An...