When AIDS first emerged in the early 1980s, HIV infection was a death sentence. But a global effort has ensured this is no longer the case for a growing number of people.

The good news today is that the annual number of new global infections continues to fall – from the high point of some 3.4 million in 2001 to 2.3 million in 2012. And, as fewer people contract HIV, and more of those who do are given life-saving treatments, fewer progress to AIDS.

In 2005, some 2.3 million people died from AIDS, but this number had declined to 1.6 million in 2012. These figures indicate how far we have come in the long journey from AIDS to HIV.

Countries such as Australia that moved decisively to introduce effective HIV prevention policies in the mid-1980s generally saw a rapid falling away in numbers of new HIV infections.

But in most of the world, for a range of social, political and religious reasons, effective prevention measures were either not introduced or not implemented on a large enough scale to make a difference.

And it soon became clear that if the developing world were to survive the epidemic, new treatments would have to be provided at a scale and with a level of certainty that was unprecedented in the annals of global public health.

What was missing was the funding required to translate the potential of widespread access to treatments into tangible reality on the ground.

From the late 1990s, the world galvanised in support of dramatic increases in funding for the distribution of HIV treatments to all who required them.

Former US president Bill Clinton successfully pressed major pharmaceutical companies to greatly reduce the unit costs of new HIV treatments in the developing world. And thanks to the leadership of president George W Bush, the United States Congress appropriated $US50 billion for the President’s Emergency Plan for AIDS Relief (PEPFAR).

In 2002, an innovative new financial mechanism, the Global Fund to Fight AIDS, Tuberculosis and Malaria was created to raise and channel new funding to countries wishing to increase access to HIV treatments. It has raised over $US30 billion to fight against the three diseases, and about half of this has funded access to HIV treatments in some 150 countries.

At the 2013 Global Fund replenishment conference in Washington DC, convened by President Barack Obama, governments, philanthropic, faith-based and private sector donors pledged over $US12 billion for the period 2014-16, a 30% increase over a similar 2010 effort.

Over nine million people worldwide now have access to life-saving HIV treatments, thanks to these two initiatives.

Taken together, this vast mobilisation of all kinds of human and material resources has utterly transformed the trajectory of the global HIV epidemic.

If they are on treatments, people who would once have died from AIDS are now living well with HIV; the number of children being born with HIV is falling dramatically; and above all, many millions of people who once would have surely acquired HIV, have not.

The world is now more than halfway along the path from AIDS to HIV, but none of these great achievements would have been possible without sustained funding commitments, stretching out over years and decades.

Even though annual HIV funding from developed to developing countries is running at about $US18 billion, this is still about $US5 billion a year short of what’s required to sustain the gains of the last decade. And there are many millions of people who are still without access to HIV treatments.

To consolidate our gains, and to drive new HIV infection rates down still further, billions of new dollars will be needed. But the required resources are not just going to come from the same old donors in the same old ways; we must develop innovative and imaginative new methods of securing critical funding.

The international response to HIV has always been a hotbed of radical policy innovation and implementation – from the bold prevention initiatives undertaken in Australia to the creation of the Global Fund itself.

By following the right strategies, backed by adequate funding, the world is closer towards the end of HIV and AIDS than at any time in the last three decades. Now is not the time to relent.

The work of the Pacific Friends of the Global Fund to Fight AIDS, Tuberculosis and Malaria is funded by the Bill and Melinda Gates Foundation. 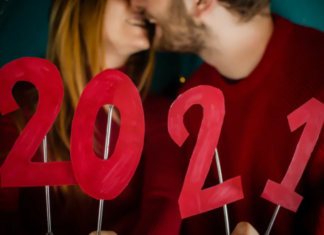