By Kit Messham-Muir, University of Newcastle

Primavera is the Italian word for springtime, and each spring since 1992 the Museum of Contemporary Art in Sydney has a curated selection of emerging artists under 35 years old – in the springtime of their careers.

23 years ago, the very first Primavera exhibition included Mikala Dwyer, who went on to become one of Australia’s most notable contemporary artists. She is back this year as guest curator for Primavera 2014.

When Dwyer was included in the 1992 Primavera, she shared the exhibition with only three other artists. This year, Dwyer presents 13 artists and more than 100 works, occupying one of the MCA’s smaller spaces. The net effect is an exhibition cluttered with works that overlap, clash and compete like a cage of bouncing puppies seeking attention.

Dwyer explains in the catalogue that this a conscious curatorial approach:

I hope and believe the works will resonate through their proximity to and entanglement with each other. I’m not so concerned that the works relate or get along but more that they enliven each other in a messy and temporary sort of coalescence.

Anyone familiar with Dwyer as an artist will recognise the informality of her installation practice in Primavera 2014. Since the early 1990s, Dwyer has created environments that spill objects into the white rigidity of the gallery space. And Primavera 2014 strongly bears Dwyer’s artistic fingerprint.

In fact, it would be fair to say the exhibition feels like a Dwyer installation, absorbing its 13 artists into her curatorial vision.

There is very little blank space. Works line the walls and occupy much of the floor in between. Video and 3D works by Sean Peoples are scattered throughout the space. Paintings by Barayuwa Mununggurr overflow from the wall into a 3D, video-assisted installation in the middle of the floor.

Printed banners by Marian Tubbs cascade into the space, and a large structure by Nick Dorey is nestled on the far wall of the exhibition hugging a support pillar. And many other works lie in between.

Dwyer says, “this entanglement should intensify the encounter”, and it does. The overall effect is of an overwhelming assemblage of disparate works. However, despite the intentional messiness, some works really don’t get along this close together.

Their close proximity to Dorey’s installation means that some of the paintings by Alison Puruntatameri fall behind the abrupt “Do Not Touch” line around Dorey’s work. At this point, the entanglement rationale starts to unstick.

Primavera’s video pieces were subject to a similar congestion. Multiple video works by Ishmael Marika and Madison Bycroft, as well as one by Ben Denham, were looped end-to-end into a suite of a duration that challenged its audience.

In simple practical terms, the sparse bench seating just couldn’t meet the volume or comfort needed for an audience to stay the distance.

Nevertheless, some works did stand out from the crowd.

Ben Denham’s computer-aided drawings articulated beautifully the breakdown of the interface between the human body and digital technology.

At first glance, Denham’s centripetal scribbles resemble the subway drawings of conceptualist pioneer, William Anastasi. In Anastasi’s drawings, marks are made by the hand of the artist resisting the mechanical motion of riding in a New York subway car.

In Denham’s work, the drawings are made by the technology resisting the organic motion of the artist’s hand. Flowing forms generated by human motor movement become glitchy and gridded at the very point that the responsiveness of the interface fails.

The objects and prints by Emily Hunt were extraordinary. Drawing on ideas and forms of the grotesque, they resemble Art Brut works with their intensely ornate embellishments. They seem unsettlingly obsessive, even medieval.

Each drawing is heavily rendered to the point of saturating the surface of the paper. The detail only emerges from the surface when a spotlight differentiates the different directions in which the graphite has been hatched onto the paper.

Two of the drawings in particular – one of a bull, another of two fighting dogs – match their subject matter perfectly with the aggressiveness of the technique.

Something else I’d felt I’d seen before was the deadpan object-on-head trope.

About ten years ago I worked for a state government Ministry for the Arts, and we saw so many works that involved artists putting something wacky on their heads that it became an ongoing in-joke.

This practice appears several times in Primavera, with heads obscured with full-headed helmets, octopuses, pillows, hoods and so forth. There’s a PhD thesis waiting to be written about this tendency.

I really wanted to like Primavera 2014, but it’s hard to love. It is vitally important for the future of Australian art that museums such as the MCA support interesting emerging artists. And I’ve been an outright fan of Dwyer’s practice since the early 1990s.

But the exhibition was, in many ways, just too much: too many artists, too many works, and just too “curated”. I left wanting less.
Primavera 2014 is on display at Sydney’s Museum of Contemporary Art until November 30. Details here.

Kit Messham-Muir does not work for, consult to, own shares in or receive funding from any company or organisation that would benefit from this article, and has no relevant affiliations. 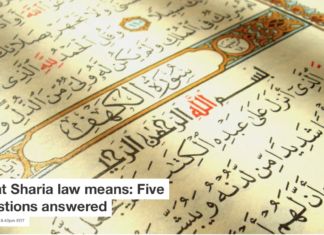