By Russell Williams, University of London Institute in Paris

As the FIAC press office no doubt hoped, media observers went into overdrive – pointing, giggling and condemning, but most importantly of all, covering the sculpture and the fracas over it. During the installation, one overexcited local even reportedly attacked McCarthy, while the sculpture itself was vandalised on the night of October 17. McCarthy has since announced it won’t be repaired.

Tree has been described as “humiliating”, “insulting” and “offensive”. It is, however, more than just a cynical, provocative stunt. While not McCarthy’s strongest or most memorable work, the inflatable is actually an astute piece of commentary, one that acutely resonates with many issues affecting contemporary France.

The Tree outrage fits into a context of exuberant and livid conservative protest. Over the past 18 months, France has seen the unsavoury emergence of a loose collective known as the “Printemps Français”, composed of right-wing extremists, Catholic traditionalists and conservatives focused mainly on opposing the Hollande government’s moves to extend the right of marriage to same-sex couples.

At the start of October, the activists marched under the “Manif pour Tous” banner, protesting against gay couples’ access to IVF treatment and surrogacy rights. While ostensibly focused on specific political issues, in practice the collective is more broadly conservative. Its adherents are critical of any behaviour and sexualities that deviate from a “traditional” norm, or which they see as a threat to challenge the family unit.

This is the same campaigning conservative right that was recently enraged by the exhibition of Andres Serrano’s provocative Piss Christ (1987) in Avignon and Ajaccio, Corsica.

There is, then, already a prickly conservative climate in Paris – one that the high-profile arrival of a giant sex toy, particularly one associated with sexual activity other than straight procreation-based sex, was always likely to pique. McCarthy and FIAC knew exactly which coq’s feathers they’d be ruffling.

Tree’s positioning is also a deliberate counterpoint to the notoriously priapic Vendôme Column, which dominates the Place Vendôme. The column is a phallic symbol par excellence, having been erected by Napoleon in 1810 to celebrate France’s macho defeat of the Russo-Austrian Forces and the ending of the Third Coalition at the Battle of Austerlitz.

It’s a clear visual metaphor for the triumphs of arrogant French imperialism and, as such, has a chequered history – the Parisian revolutionary Commune voted for its destruction, and it was pulled down in 1871 before being re-erected two years later.

Its suggestive nature hasn’t only been noted by revolutionaries: none other than the diminutive funkster Prince, who knows more than a little about sex and gender-based provocation, highlighted the phallic connotations of the Place Vendôme on his 2010 séjour to the City of Light.

McCarthy’s work has equally shown a deep sensitivity to gender symbolism – particularly his performances Painter (1995) and Sailor’s Meat (Sailor’s Delight) (1975) which have consistently challenged the arrogant and heroic connotations of art, male artists and artistic practice.

It’s also worth noting that the column is presently under wraps to protect it during renovation work going on in the Place, which gives Tree the aura of inhabiting, even perhaps, temporarily muscling-in on the heteronormative symbolism of the area. No wonder the “Manif pour Tous” campaigners haven’t appreciated it.

It also seems perversely appropriate that the inflatable has been vandalised: in forcing precisely the kind of arrogant behaviour it seems to condemn, the vandals have proved McCarthy’s point, paradoxically completing the work for him.

The place, just along from the Louvre and a stone’s throw from “la plus belle avenue du monde,” the Champs-Elysées, is globally synonymous with luxury jewellery brands. Shops such as Dior, Louis Vuitton and Chaumet border the square where, on an average day, one can rub shoulders with billionaires, oligarchs as well as cash-rich global tourists.

McCarthy’s work forms a crucial critical mirror to the surrounding bling. As McEvilley’s quote suggests, it is frequently deeply scatological. His 2007 Complex Pile was, well, a huge inflatable turd, while his repeated use of chocolate sauce in his performance videos, such as Caribbean Pirates (2005) riffs on money’s all-too-close relationship with human waste.

It also seems highly telling that McCarthy’s Parisian adventure is to continue this week with the opening of his Chocolate Factory installation, housed at the Monnaie de Paris, the traditional home of currency in France. In the context of an ongoing global economic crisis and France’s ever-worsening financial standing, where luxury brands are one of its biggest hopes for the future, McCarthy’s artwork is even more implicitly provocative than it initially appears.

If there is a criticism to be made of McCarthy’s work, it isn’t its obscenity or for its ability to provoke; Paris, of course, has seen its fair share of provocative artworks over the past couple of hundred years. Its major flaw is, perhaps, in the nature of the promotional partnership between McCarthy and FIAC I alluded to at the start of the piece.

Bluntly, Tree is a promotional stunt to launch the annual FIAC jamboree, a fiesta of art dealers, galleries and billionaire buyers that sees the global art industry converge on Paris. If this really is meant to be a critique of luxury or an oblique economic statement, does McCarthy’s complicity undermine it?

That double bind clearly makes an out-and-out defence of the work tricky. Still, I’d suggest this only partially undermines it. It shouldn’t detract from the overall challenge the work provides which has re-invigorated contemporary discussion of contemporary art in France. Let’s hope FIAC will be equally stimulating.

Russell Williams does not work for, consult to, own shares in or receive funding from any company or organisation that would benefit from this article, and has no relevant affiliations. 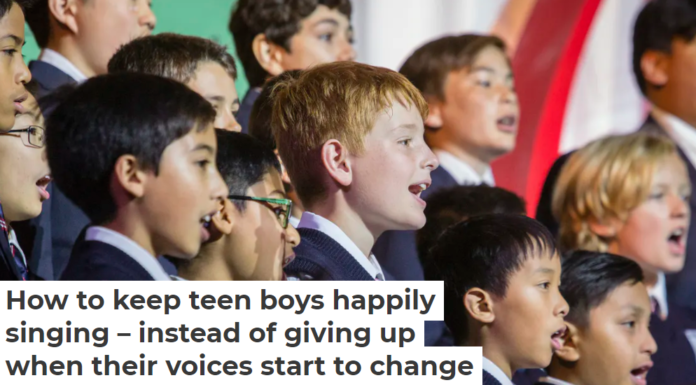 Ancient Greeks purged city-states of disease as they would a human body – and...

The trouble with using synthetic rhino horn to stop poaching