The impact of #MeToo was arguably one of the biggest stories of 2018, beginning with the steady drumbeat of resignations of high-powered men accused of sexual misconduct and ending with a record number of women entering the U.S. Congress. In between, Americans wrestled with what gender equality really means in the workplace.

One sector in particular that has struggled to achieve equality is tech, where men get 96 percent of all venture capital funding. Banu Ozkazanc-Pan, a management professor at the University of Massachusetts Boston, says Americans’ strong belief that their country is a meritocracy is one the biggest threats to it actually being so.

“The meritocracy myth … means that women are constantly told that all they have to do to get more of that $22 billion or so in venture capital funding is make better pitches or be more assertive,” she writes. “The assumption is that women aren’t trying hard enough or doing the right things to get ahead, not that the way venture capitalists offer funding is itself unfair.”

2. Trouble in board land

Tech isn’t the only space where women have a tough time breaking in. The highest echelons of corporate America – the boardrooms – are still out of reach for most women.

In fact, barely 15 percent of the board seats of companies in the Standard & Poor’s 1500 index were held by women in 2014, up modestly from 9.7 percent in 2003, explain business and entrepreneurship professors Yannick Thams, Bari Bendell and Siri Terjesen.

They looked deeper into the data on a state-by-state level to reveal some startling findings – and also point to some potential solutions that could increase boardroom diversity. Instituting quotas – such as the one California passed in 2018 – is one idea. Another is more training.

“Making it into the highest echelons of a corporation is very difficult and typically requires opportunity for training and access to social networks, both of which are jeopardized when, for example, women suffer harassment on the job or incur a ‘motherhood penalty,’” they write.

3. What the ‘wave of women’ could mean

The year ended on a more encouraging note as a record number of women – over 100 – were elected to Congress. The question now is whether it’ll make a difference in terms of policy, including those that would address the challenges posed by the #MeToo era.

The past year doesn’t offer much hope, writes Elizabeth C. Tippett, a law professor at the University of Oregon. After a year of headlines involving sexual misconduct in a variety of industries, Congress has not passed a single bill, nor held a hearing – unless you count the Kavanaugh confirmation process, she writes.

She suggests the new Democratic House treat the issue the same way Congress tackled the financial collapse of 2008.

By holding hearings and gathering information, the new Congress could begin to treat the endemic workplace problems highlighted by #MeToo as the serious policy issues they deserve to be, she argues. 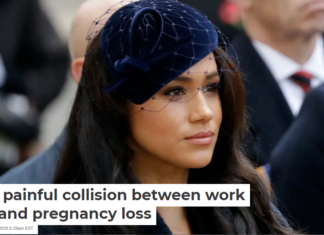