When Japanese chef Yoshihiro Murata travels, he brings water with him from Japan. He says this is the only way to make truly authentic dashi, the flavorful broth essential to Japanese cuisine. There’s science to back him up: water in Japan is notably softer – which means it has fewer dissolved minerals – than in many other parts of the world. So when Americas enjoy Japanese food, they arguably aren’t getting quite the real thing.

This phenomenon isn’t limited to food. Taking something out of its geographic or cultural context often changes the thing itself.

Take the word “namaste.” In modern Hindi, it’s simply a respectful greeting, the equivalent of a formal “hello” appropriate for addressing one’s elders. But in the U.S., its associations with yoga have led many people to believe that it’s an inherently spiritual word.

Another cultural tradition that has changed across time and place is the practice of mindfulness. Mindfulness is a nonjudgmental expansive awareness of one’s experiences, often cultivated through meditation.

A range of studies have found mindfulness to be beneficial for the people who practice it in a number of ways.

However, very little research has examined its effects on societies, workplaces and communities. As a social psychologist at the University at Buffalo, I wondered if the growing enthusiasm for mindfulness might be overlooking something important: the way practicing it might affect others.

In just the past few years, the mindfulness industry has exploded in the U.S. Current estimates put the U.S. meditation market – which includes meditation classes, studios, and apps – at approximately US$1.2 billion. It’s expected to grow to over $2 billion by 2022.

Hospitals, schools and even prisons are teaching and promoting mindfulness, while over 1 in 5 employers currently offer mindfulness training.

Given these findings, it’s easy to assume that mindfulness has few, if any, downsides. The employers and educators who promote it certainly seem to think so. Perhaps they hope that mindfulness won’t just make people feel better, but that it will also make them be better. That is, maybe mindfulness can make people more generous, cooperative or helpful – all traits that tend to be desirable in employees or students.

But in reality, there’s good reason to doubt that mindfulness, as practiced in the U.S., would automatically lead to good outcomes.

In fact, it may do the opposite.

That’s because it’s been taken out of its context. Mindfulness developed as a part of Buddhism, where it’s intimately tied up with Buddhist spiritual teachings and morality. Mindfulness in the U.S., on the other hand, is often taught and practiced in purely secular terms. It’s frequently offered simply as a tool for focusing attention and improving well-being, a conception of mindfulness some critics have referred to as “McMindfulness.”

Not only that, mindfulness and Buddhism developed in Asian cultures in which the typical way in which people think about themselves differs from that in the U.S. Specifically, Americans tend to think of themselves most often in independent terms with “I” as their focus: “what I want,” “who I am.” By contrast, people in Asian cultures more often think of themselves in interdependent terms with “we” as their focus: “what we want,” “who we are.”

For interdependent-minded people, what if mindful attention to their own experiences might naturally include thinking about other people – and make them more helpful or generous? And if this were the case, would it then be true that, for independent-minded people, mindful attention would spur them to focus more on their individual goals and desires, and therefore cause them to become more selfish?

I floated these questions to my colleague at the University at Buffalo, Shira Gabriel, because she’s a recognized expert on independent versus interdependent ways of thinking about the self.

She agreed that this was an interesting question, so we worked with our students Lauren Ministero, Carrie Morrison and Esha Naidu to conduct a study in which we had 366 college students come into the lab – this was before the COVID-19 pandemic – and either engage in a brief mindfulness meditation or a control exercise that actually involved mind wandering. We also measured the extent to which people thought of themselves in independent or interdependent terms. (It’s important to note that, although cultural differences in thinking about the self are real, there is variability in this characteristic even within cultures.)

At the end of the study, we asked people if they could help solicit donations for a charity by stuffing envelopes to send to potential donors.

The results – which have been accepted for publication in the journal Psychological Science – detail how, among relatively interdependent-minded individuals, the brief mindfulness meditation caused them to become more generous. Specifically, briefly engaging in a mindfulness exercise – as opposed to mind wandering – appeared to increase how many envelopes interdependent-minded people stuffed by 17%. However, among relatively independent-minded individuals, mindfulness appeared to make them less generous with their time. This group of participants stuffed 15% fewer envelopes in the mindful condition than in the mind-wandering condition.

In other words, the effects of mindfulness can be different for people depending on the way they think about themselves. This figurative “water” can really change the recipe of mindfulness.

Of course, water can be filtered, and likewise, how people think about themselves is fluid: We’re all capable of thinking about ourselves in both independent and interdependent ways at different times.

In fact, there’s a relatively simple way to get people to shift their thinking about themselves. As the researchers Marilynn Brewer and Wendi Gardner discovered, all you have to do is have them read a passage that is altered to have either a lot of “I” and “me” statements or a lot of “we” and “us” statements, and ask people to identify all of the pronouns. Past research shows that this simple task reliably shifts people to think of themselves in more independent versus interdependent terms.

Our research team wanted to see if this simple effect could also shift the effects of mindfulness on social behavior.

With this in mind, we conducted one more study. This time, it was online due to the COVID-19 pandemic, but we used the same exercises.

First, however, we had people complete the pronoun task mentioned above. Afterwards, we asked people if they would volunteer to contact potential donors to a charity.

Our results were striking: Engaging in a brief mindfulness exercise made people who identified “I/me” words 33% less likely to volunteer, but it made those who identified “we/us” words 40% more likely to volunteer. In other words, just shifting how people thought of themselves in the moment – filtering the water of self-related thoughts, if you will – altered the effects of mindfulness on the behavior of many of the people who took part in this study.

Attention as a tool

The take-home message? Mindfulness could lead to good social outcomes or bad ones, depending on context.

In fact, the Buddhist monk Matthieu Ricard said as much when he wrote that even a sniper embodies a type of mindfulness. “Bare attention,” he added, “as consummate as it might be, is no more than a tool.” Yes, it can cause a great deal of good. But it can also “cause immense suffering.”

If practitioners strive to use mindfulness to reduce suffering, rather than increase it, it’s important to ensure that people are also mindful of themselves as existing in relation with others.

This “water” may be the key ingredient for bringing out the full flavor of mindfulness. 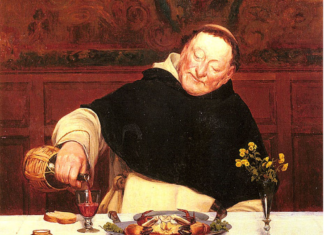 Staff Writer - November 25, 2017
Michael Foley, Baylor University Each year the holidays bring with them an increase in both the consumption of alcohol and concern about drinking’s harmful effects....

Whether in war-torn Ukraine, Laos or Spain, kids have felt compelled...