By Simon Rushton, University of Sheffield

Addressing the United Nations on September 25, Barack Obama described the Ebola crisis as “an urgent threat to the people of West Africa but also a potential threat to the world”.

The disease has spread at alarming speed in the countries most affected – Guinea, Liberia and Sierra Leone. And while recent cases of Ebola in the West (there has so far been only one confirmed case where infection happened outside Africa) have been garnering huge attention (near blanket coverage in UK newspapers for example), the number of people who have died in Africa number is almost 3,500 so far, including confirmed, suspected or probable cases.

Obama was keen to stress that “If ever there were a public health emergency deserving an urgent, strong and co-ordinated international response, this is it.” But he added: “This is also more than a health crisis. It is a threat to regional and global security.”

Ebola has certainly created instability in the countries most affected over the past few weeks. Attempts to control the outbreak have sparked civil unrest within the region – including attacks on medical centres, breached curfews and individuals absconding from quarantine. And as if to prove Obama’s point about the global nature of the threat, Thomas Duncan, a Liberian national, was diagnosed with Ebola in the US on September 30. He has since died.

The Ebola crisis is a classic illustration of two claims that have been so often repeated about infectious diseases that they are now almost cliches: that they know no borders – a statement that has always been true, but has taken on a new resonance in today’s globalised world; and that major disease outbreaks can have effects far beyond individual health, potentially destabilising societies, economies, states and regions.

But Ebola is also emblematic of something else: that all-too often Western governments begin to take notice of health crises beyond their own borders only when they are so dramatic as to hit the headlines and make action unavoidable, or when they feel that their own security is threatened. Despite warning signs that this crisis would continue to unfold and that local health systems couldn’t cope, serious global action to support efforts to contain the virus is now only being mobilised – nine months on.

Treating symptoms not cause

What if Ebola was “just” a health crisis? And what if it did only threaten the health of West Africans, not “regional and global security”? Sadly we already know the answers to these questions because West Africa has been dealing with health crises for decades, including malaria, maternal and infant mortality and under-nutrition, while the West has largely stood by.

So while those critics who have bemoaned the slow response of the international community to Ebola have a point, the real causes of the crisis can be traced back to well before 2014. They can be traced back for decades. If you want to tackle Ebola, you don’t want to start from here.

Sierra Leone, Liberia and Guinea have resided near the bottom of all of the league tables for health indicators and health system development for many, many years. Let’s look at just two. Long before the Ebola outbreak, life expectancy in Sierra Leone was the lowest in the world. Guinea (ranked 178th) and Liberia (166th) ranked only slightly higher. A similar story becomes apparent when we look at the number of physicians per 1,000 people: Sierra Leone and Liberia jointly rank 194th in the world (at 0.03 physicians per 1,000 people), with Guinea 173rd (0.11 per 1,000).

While Obama was right when he said in his UN speech that “in Guinea, Liberia and Sierra Leone public health systems have collapsed”, this is because of the long-term weaknesses of those systems, not just the (undoubtedly real) challenge posed by Ebola.

Ebola is not a particularly difficult disease to contain. But doing so requires a properly-resourced, staffed and managed health system, something that the three countries most affected – and many others around the world – have not been able to build on their own. Nor have they received the external assistance they would need to do so.

The “surge mentality” that characterises current international efforts to address Ebola does nothing to address this. In fact it may well do precisely the opposite, drawing resources (financial and human) away from other pressing challenges facing health systems in the region. This is one of the big downsides of our tendency to see infectious disease outbreaks in security terms. A crisis arises, we pour resources and attention into combating it – and when it is all over we move on to the next crisis.

The long-term problems of underdevelopment and global inequality that precipitated the crisis in the first place are rarely acknowledged and even more rarely addressed. We need to deal with the current outbreak but we also need to make sure we really look at the causes that created the crisis. 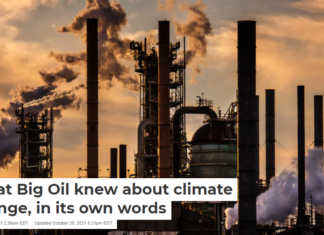 Smoking rates in US have fallen to all-time low, but how...