Barr has publicly supported some of Trump’s criticisms of the Mueller investigation into Russian interference in the 2016 election. It’s not known how Barr would reflect those positions in his interactions with the investigation.

But when Donald Trump announced Jeff Sessions’s nomination as his attorney general, the position was seen as a reward for Sessions’s early endorsement of the president’s 2016 campaign. And the president wanted loyalty in return.

“The only reason I gave him the job,” Trump said, “was because I felt loyalty. He was an original supporter. He was on the campaign.”

Many people predicted that Trump indeed would have a loyal foot soldier as head of the Justice Department.

But the president’s wish was not realized. Feeling betrayed when Sessions recused himself from the investigation of Russian interference in the 2016 election, Trump turned Sessions into a regular target for his Twitter assaults.

Trump ended their fraught relationship by asking for Sessions to resign after the 2018 midterm election and replacing him with Matthew Whitaker. Whitaker is known as a critic of the Mueller investigation into the Trump campaign’s possible collusion with Russia.

The Whitaker appointment provoked questions among Trump critics, including George Conway, husband of the president’s counselor, Kellyanne Conway, about its constitutionality and its wisdom.

However, others welcomed the alliance between Trump and Whitaker. Margot Cleveland, an adjunct law professor at the University of Notre Dame, argued that “there is nothing nefarious about the (acting) attorney general loyally serving the president of the United States.”

For me as a legal scholar who has studied controversies surrounding the role of prosecutors and prosecutorial decisions, all of this has a familiar ring.

Indeed, throughout American history, there have been different visions of the role of the attorney general and his or her relationship to the president.

The office of attorney general is not mentioned in the Constitution. It was created when the First Congress passed the Judiciary Act of 1789.

Randolph had been a delegate to the Constitutional Convention and Virginia’s attorney general. He was “learned in the law,” but he was also Washington’s confidante and close political ally, having served as the general’s chief of staff and personal secretary in 1775.

During Randolph’s term as attorney general, Washington relied on him for support on matters that went well beyond the formal duties of his office. In one such instance, Randolph helped Washington handle foreign relations with France and Great Britain and, in others, advised him on his dealings with Congress.

Thus, “from the beginning,” writes law professor Susan Low Bloch, “there were questions about whom the attorney general represented, who should and would control the incumbent attorney general, and what it means to represent the ‘interests of the United States.‘”

Carving out a role

As other scholars have noted, the role of the attorney general has been variously defined by the occupants of that office.

Examples of the first type from the early years of the country include President Andrew Jackson’s attorney general, Roger Taney, who worked hand-in-hand with Jackson to end funding for the Bank of the United States.

Jackson subsequently nominated Taney to the Supreme Court, where he wrote the decision in the infamous Dred Scott case.

In the 20th century, President Franklin Roosevelt’s attorneys general regularly helped him in political battles. Some of those battles involved the Justice Department and some did not.

For example, Robert Jackson, who served as FDR’s attorney general in 1940 and 1941 before being elevated to the Supreme Court, played a key role in the effort to circumvent the Neutrality Act
in order to provide war equipment to Great Britain before America’s entrance into World War II.

Other close political allies of the president who appointed them include Robert Kennedy, who was appointed at age 35 by his brother, President John F. Kennedy, and widely criticized as unqualified for the job. President Reagan’s second attorney general, Edwin Meese, was a longtime friend of Reagan’s.

So common is this tendency to appoint friends and supporters to be attorneys general that, since FDR, many presidents have chosen their campaign manager or their party’s national chairperson to be attorney general of the United States. Examples include J. Howard McGrath, who served under President Truman, and Herbert Brownell, attorney general under President Eisenhower.

Attorneys general who have tried to eschew a clearly political role and be bureaucratic servants of the rule of law include, in the early 19th century, William Wirt.

Wirt was attorney general from 1817-1829 under Presidents James Monroe and John Quincy Adams. He insisted that the attorney general should not be drawn into partisan activities and should adhere to what he called “the strict limits prescribed for… [that office] by law.’”

Both of them came to office in the wake of scandals. Stone took office after the Teapot Dome scandal and Levi after Watergate. Each restored integrity to the Justice Department by instituting new guidelines designed to limit political interference in its work.

Throughout American history, when presidents have appointed political cronies to be attorney general, they were looking for people only to help them pursue a policy agenda. President Nixon’s efforts to enlist Attorney General John Mitchell in the Watergate cover-up and get one of Mitchell’s successors, Elliot Richardson, to fire the Watergate special prosecutor stand out as important, but rare, exceptions.

Other presidents have not expected or asked their attorneys general to shut down investigations or protect them from possible criminal liability.

But that is exactly what Trump’s vision of the attorney general’s role seemed to entail. Like Nixon, he wanted more than a political ally. What he wanted from his attorney general posed a serious threat to the rule of law. With his appointment of Barr, perhaps that will change.

This story has been updated to reflect the nomination of William P. Barr as attorney general. 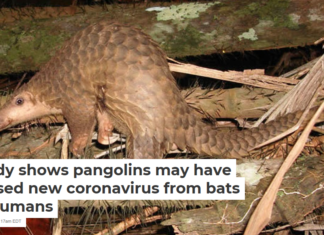 US birth rates are at record lows – even though the...