If smoking tobacco was invented today, there is little doubt it would be made illegal. The harm it does is simply too great.

It is still the biggest cause of preventable illness and death in England, with an annual cost to society of around £17 billion. Persuading 6 million smokers to quit is not an easy task, but a new independent review commissioned by the government has come up with some sensible recommendations, as well as crucially highlighting that smoking is a key driver of inequality, and far more common among the poorest in society.

One of the most eye-catching recommendations is to gradually raise the minimum age for buying tobacco, to ensure future generations never smoke. New Zealand has already committed to this, by banning the sale of tobacco to anyone born after 2008.

Other suggestions in the review include banning cigarette sales in supermarkets, “freezing” the tobacco industry to make it unable to launch new products/brands, and more funding for support services and mass media campaigns which help people quit smoking.

The review’s author, former charity executive Dr Javed Khan, also recommends making tobacco less affordable, mainly by increasing the amount of tax. This idea is backed up by extensive research which demonstrates that this is one of the most effective tobacco control measures available, and one that successfully addresses social inequalities.

While the UK already has relatively high prices (a pack of 20 factory-made cigarettes now costs £12.64 on average), they are still much cheaper than places like Australia and New Zealand where the charge may be double.

The review’s recommendation for a sudden increase in taxation of all tobacco products by 30% is in line with our research which suggests that large one-off increases are more effective than incremental ones. The reasonable expectation is that this would generate a significant fall in tobacco use in both the short and long term.

Khan also highlights another conclusion of our research, which is that tax on hand rolling tobacco needs to be increased to match that of factory-made cigarettes so that it is not seen as a cheaper option for smokers.

Tobacco industry supporters often argue that higher taxes will push smokers into the black market. But Khan rightly acknowledges that the primary reason people buy illicit tobacco is because they can, and instead proposes more funding for legal enforcement.

The reality is that the tobacco industry has a long history of involvement in smuggling. Over two thirds of illicit cigarettes in the UK have been found to be the tobacco industry’s own brands, suggesting, at best, a failure to control its supply chain.

As well as encouraging smokers to quit, one of the advantages of increased tobacco taxes is increased government revenues. This money would help the government pay for the additional funding requested, but Khan is clear he would favour making the industry pay in line with the “polluter pays” principle.

Our research shows they can certainly afford it. Manufacturing tobacco products – which are highly addictive and cost little to make – is still inordinately profitable.

In 2018 (the most recent year for reported figures) the world’s six largest cigarette manufacturers made profits (before income taxes) of more than US$55 billion (£44 billion). That is more than the combined profits (US$51 billion) of Coca-Cola, Pepsico, Nestle, Fedex, Starbucks, Mondelez, General Mills, Heineken and Carlsberg who collectively own many household brand names.

Khan suggests several ways in which the industry could be made to pay directly, including a surcharge on corporation tax, or a new “polluter pays” levy on cigarette profits. Both of these ideas are supported by our research.

Ideally, we would encourage the government to go even further by introducing price regulation, whereby a regulator would fix the price of each tobacco product, giving the industry lower returns and the government maximum tax potential.

If done carefully, this could transfer current large industry profits into higher government revenue. And it would also put a stop to the clever pricing tactics the tobacco industry has been using to undermine taxation.

Such direct control of prices might seem radical. But it already happens with water and energy in the UK. So why not with an addictive product that kills tens of thousands in the country every year?

The Khan review shows that a radical approach is what is needed to help save lives and achieve plans for England to be smoke free by 2030. The key question is whether the government will be brave enough to do battle with such a rich and powerful industry in order to do what is necessary. 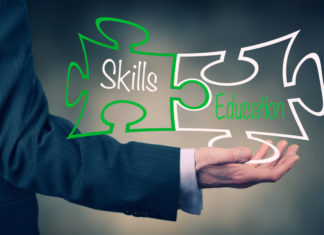 Staff Writer - May 6, 2015
V Scott Solberg, Boston University Like many, my friend Paul stepped out of college and has struggled to find jobs with decent wages. It is hard...