Americans with a college degree earn, on average, US$1 million more over the course of their lives than those without one. At the same time, the cost to attend a four-year school has been climbing 2 percent to 3 percent a year above the rate of inflation.

Unfortunately, American families are not saving enough to cover these rising costs. More than half have no college savings at all. Those that do typically don’t set aside nearly enough to pay for even one child to attend college for one year.

A few decades ago Michigan tried to change this by helping state residents save for college. This eventually morphed into the 529 plan. Yet after more than 20 years, only 2.5 percent of households have one.

Part of the failure is a lack of communication, which is why most states celebrate “529 Day” on May 29 to try to raise awareness about this college savings option. The real reason so few families use them, however, is that 529s don’t actually make college more affordable.

The rising cost of a college education – coupled with the lack of adequate savings – means that students are graduating with a great deal of debt.

This has both personal and economy-wide consequences, from credit-ruining defaults and significant financial stress to impairing the ability to save enough to buy a home or retire. Money spent repaying these loans means less consumer spending, thus slowing economic growth.

In 1986, before 529s existed, Michigan sought to help state residents deal with the rising cost of college by letting them prepay. A tussle over whether Michigan’s plans qualified for a tax exemption led Congress to pass section 529 in 1996, which exempted earnings in these plans from federal taxes.

While their intention was good, in practice they’ve done little for those who need the most help paying for college.

For starters, half of families saving for college don’t even know 529s exist, and those that do say they don’t understand them because the investment options are too complex.

More importantly, 529 plans are poorly designed to help low- and middle-income families. Their main selling point is their tax savings, but this doesn’t help families that don’t make a lot of money and thus don’t have a large tax liability. Savings in a 529 also count against families when they apply for financial aid, and there are tax penalties if the money is not used to pay for college expenses.

In addition to all this, 529 plans cost the federal government close to $2 billion per year in lost tax revenue for a benefit that mostly helps upper-income families.

That’s why President Obama proposed eliminating the 529 tax break in 2015. He quickly dropped the idea, however, after encountering strong bipartisan opposition.

While it may have been bad politics to propose killing 529s without replacing them with something else, in our view ending the plans is the right thing to do. There are better ways for the federal government to invest $2 billion and make college more affordable.

One excellent way would be to increase the Pell Grant – currently $5,920 – which has been shown to increase college enrollment rates for students who do not come from wealthy households.

Another option is to follow the example of New York, which recently made tuition free at state public colleges for residents with household incomes below $125,000. A program in Tennessee provides free community college to all state high school students, which has significantly increased enrollment rates.

In sum, 529 plans have failed to help low- and middle-income households pay for college. Instead, these plans benefit the financial industry (via the high management fees) and wealthy families that do not need the help.

It is time to replace them with something that will actually help make college more affordable. 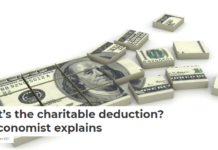 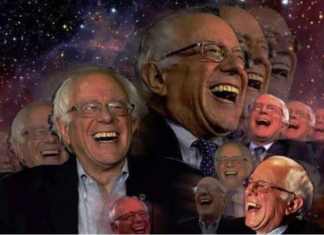 The meme endorsement you might have missed – and why it...

How parents can prevent and deal with bullying