On Wednesday, the White House announced that the United States would resume diplomatic relations with Cuba in a deal that was brokered with a great deal of help from the Holy See. A statement released by the Vatican Press office congratulated the two nations on entering a new phase in relations and acknowledged that delegations from Cuba and the United States had met at the Vatican. Pope Francis, it appears, has helped negotiate a fruitful dialogue between these two countries.

When Pope Francis claims his vision for the church and the world is modeled on dialogue and encounter, he means it.

The culture of encounter

Though the announcement was a surprise – incredibly there was no leak that this normalization was happening — to those of us who have been following Francis’s actions, it represents a bold instance of the “culture of encounter” that characterizes his vision of the church and the world. For those who have commented that Francis’s pontificate seemed to be more about style than substance, this intervention provides a powerful, substantive example of encounter as a path to peace.

In October at the opening of the Synod on the Family, he encouraged the cardinals to speak freely, from the heart. He has sat for interviews and meals with atheists, non-Christians, leaders of separated churches. He requested a blessing from Ecumenical Patriarch Bartholomew when they met in Istanbul. If anything, the US-Cuba negotiations indicate that the pope has been broadening his sphere of influence outside the bounds of the Catholic Church. Francis’s popularity, and his Latin-American heritage, undoubtedly lent both urgency and credibility to his vision of a new relationship between Cuba and the United States.

But Francis is not the first pope to advocate for a change in Cuban-American relations. John Paul II, a fierce anti-communist and very much a product of the conflicts of the Cold War, famously met with Fidel Castro in the Vatican in 1996 and visited Cuba in 1998. Both he and his successor Benedict XVI called for the lifting of the US trade embargo. John Paul’s landmark visit to the island in 1998 allowed the Catholic Church in Cuba to practice publicly, and the church has since become an important force in the creation of civil society on the island.

What, then, is the difference now? First, it is clear that the geopolitical situation is vastly different than it was in the 1990’s. The Cold War is long over, and global politics looks nothing like it did at the height of that conflict.

Furthermore, the ecclesial landscape has changed. Unlike John Paul’s focus on the dichotomy between the “culture of life,” exemplified in the church and the Gospel, and the “culture of death,” characterized by acceptance of abortion, euthanasia, and an “individualistic concept of freedom” (Evangelium Vitae 19), Francis prefers the model of a “culture of encounter.” The combative tone is gone, replaced with an approach characterized by dialogue and mutual transformation.

Encounters generally don’t need victors, only participants —- indeed, it would be difficult to argue that today’s announcement represents a victory for either the US or the Cuban regime.

If the US lost face in having to acknowledge the failure of its previous approach toward the island nation, the Cuban government lost much more. The embargo has long served as a cover for that government’s own mismanagement and corruption. As Cuban dissident and blogger Yoani Sanchez noted, the Cuban ideological apparatus depends entirely on its status as David to the US’s Goliath -— without the aggression of the so-called American Imperialists to blame, the abuses of the Castros’ government will only become more difficult to rationalize.

What Francis (along with many others, including Cardinals O’Malley and Parolin) has brokered is yet another encounter between parties that seemed hopelessly at odds.

A focus on the neediest

His goal in facilitating this relationship seems to be a humanitarian one -— the release of prisoners, the easing of economic sanctions that have done little damage to the Castro government but great harm to the majority of the Cuban people, especially the poorest who have neither basic needs like food and shelter, nor family abroad to send remittances. These, the neediest, have consistently been Francis’s main concern.

Political observers will continue to debate the relative merits of normalizing relations between the United States and Cuba in the coming days. The Cuban exile community has expressed some disappointment in this decision, seeing it as a capitulation on the part of the US. However, Francis has created a scenario where capitulation need not be a choice.

Today’s news provides more evidence that Francis sees himself as a bridge-builder (as the title “pontifex” from the latin pons or bridge), that his vision of encounter moves beyond moral absolutes toward the ultimate goal of alleviating the suffering of those most in need. Hopefully, this vision will bring to fruition the work begun in the pontificate of John Paul II, by moving beyond condemnation, beyond winners and losers, and toward genuine global transformation for the benefit of the poor. 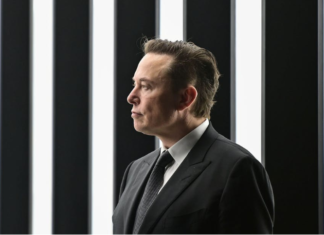 How much power can one image actually have?