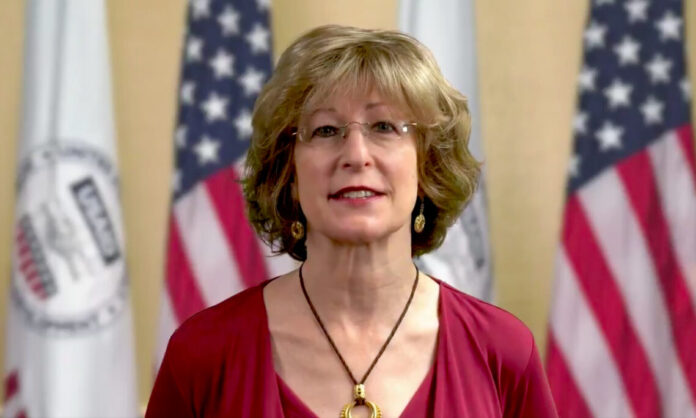 Krach’s leap into government service to run US economic diplomacy put the Purdue Equation, “Transformation to the Power of Trust,” to the test by embarking on a global campaign to challenge the market dominance of Chinese tech firms through the Clean Network. The strategy united countries and companies around a commitment to a set of trust principles in technology adoption, data privacy, and security practices. In this highly successful strategy, Krach’s team transformed US diplomacy and created a new model based on trust called Tech-Statecraft by integrating Silicon Valley strategies with traditional foreign policy tools. As Bloomberg wrote, “The Clean Network’s effort to create a united economic front is to China what George Kennan’s historic “long telegram” of 1946 was to the Soviet Union.”

Manifestation of the “Purdue “T2” Equation”

Appropriately, this manifestation of the “Purdue Equation” now has a home at the Center for Tech Diplomacy at Purdue. Co-founders Krach and Dean Mung announced the launch of the Center on July 7, 2021, with the vision to be the world’s preeminent institution focused on Tech-Statecraft, to ensure trusted technology is used to advance freedom. The Center’s nonpartisan model focuses on rallying allies, leveraging the innovation of the private sector, and amplifying democratic values based on trust. It has already attracted a number of luminaries to its Board, including Secretary Leon Panetta, General Stanley McChrystal, Dr. Dan Goldin, Ambassador Robert Hormats, and others.

“China’s techno-economic aggression presents a serious threat to the United States and the free world, especially when it comes to advanced technologies, like 5G, AI, semiconductors, and others,” Secretary Panetta stated. “The key to securing freedom is securing high tech through widespread adoption of trusted technologies. The Clean Network pioneered a trust-based model for countering authoritarian aggression across all areas of techno-economic competition. I support the adoption of that successful model by the Center for Tech Diplomacy at Purdue in its noble mission.”

Authoritarian regimes have discovered that the marriage of Big Brother and Big Data yields unprecedented power.

To survive, Democracies must extend the fight for freedom in the 21st century to the technological battlefield. How they compete in this new arena will determine how well they survive. The transformational mission of safeguarding freedom from authoritarianism requires a nonpartisan model for the adoption of trusted technologies. That’s why, as General McChrystal said, the Center “bridges the worlds of high tech and foreign policy to ensure trusted technology is used to advance freedom.”

“Tech diplomacy is a new frontier of foreign policy, as engineering and science drive innovations crucial to national and global policies today,” said Mitch Daniels, President of Purdue University and Chairman of the Purdue Research Foundation. “Purdue is uniquely positioned to provide thought leadership in this emergent field, drawing together the best thinking of the Silicon Valley tech sector and policymakers in Washington, D.C. CTDP will be a ‘cradle of tech diplomacy,’ contributing technology expertise to U.S. foreign policy debates.”

Mung Chiang, co-founder of the Center, observed that “There is a growing and bipartisan appreciation for the intertwining of critical technology and foreign policy, as demonstrated through the heightened investment in technology and continuation of tech diplomacy successes we’ve seen recently. Building on this momentum, one of our aims is to bring deep engineering expertise to studies and events about tech diplomacy and to provide training of technology knowledge to the foreign policy community.”

Shortly after the Center’s founding, Bonnie Glick was named as its inaugural Director. Glick brings with her decades of experience in policy, diplomacy, technology, and academia. She most recently served as the Senate-confirmed Deputy Administrator and Chief Operating Officer of the United States Agency for International Development, managing the Agency’s more than $20B budget, 11,000 staff and employees, and operations in 100 countries worldwide. In her USAID role, Glick championed many issues relevant to CTDP’s work, including digital transformation, the significance of 5G as a development priority in emerging markets, private sector engagement, and democracy and governance. 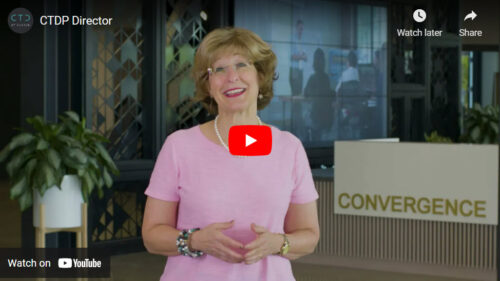 “As we usher in a new era of international relations focused on and influenced by technology, I am honored to lead the first institute at that intersection,” said Glick, Director of CTDP. “Tech diplomacy is about ensuring that the proliferation of technology benefits individuals, societies, and markets around the world. This is one of the critical, non-partisan issues of our time, and I am immensely proud to be a part of this important work.”

CTDP’s primary focus will be on technologies that are critical to American foreign policy, such as 5G, artificial intelligence, semiconductors, energy, digital health, digital currency, cybersecurity, autonomy, and global supply chains. CTDP will collaborate with like-minded nations and with the private sector, promoting engagement with trusted partners and advocating for a global tech agenda that reflects freedom, democracy, and human rights in multilateral organizations.

The new Center hosted an inaugural event focusing on the global semiconductor supply chain this past September. It featured a keynote from Patrick Gelsinger, CEO of Intel, as well as roundtables with chief technology officers from major semiconductor companies across the world and leaders from the U.S. government and Congress. The hybrid, by-coastal event took place in Silicon Valley and Washington, D.C., while kicking off virtually from West Lafayette, Indiana—the home of Purdue University.

That track record has earned the respect of both sides of the aisle on Capitol Hill. “Under Secretary Krach is one of the foremost authorities on combating China’s economic aggression because of his lead role in developing and operationalizing the Global Economic Security Strategy, as well as his transformational leadership in building market leading companies,” said Rep. Mike McCaul (R-Texas), chairman of the Congressional China Task Force. “During his tenure at the State Department, Krach developed the new model of Tech-Statecraft rooted in trust by integrating high-tech strategy with diplomatic tools and building the Clean Network, which defeated the CCP’s masterplan to control 5G.”

Purdue: “The Cradle of Tech Diplomacy”

Even though The Center is less than six months old, its ambitious plans include the following:

Krach serves as Chairman of the CTDP Board. At its launch, he observed, “From my time building Silicon Valley companies, running US economic diplomacy, and chairing Purdue’s Board of Trustees, I have come to learn that the world needs transformational leadership and trusted technology now more than ever to protect the freedoms we hold so dear. It requires jumping in the deep end by challenging the status quo with bold audacious plans.”

Staff Writer - October 17, 2014
By Graham Kendall, University of Nottingham Sweaty-palmed and reciting facts over and over in their heads, the hordes of university and school students sitting down...

China is on course to build the best cars in the...

A ‘Computer Village’ in Lagos offers lessons on what it takes...