Three months after Super Tuesday, the presidential primary is finally coming to California.

That the Democratic Party still has two candidates in the race this late in the game reflects a highly divided base across the country. In votes from New Hampshire to Puerto Rico, Democratic voters have proven they are tremendously diverse, both in terms of ideological preferences and concern about the governance of the party itself.

As an assistant professor of politics at Scripps College who studies minority coalitions, and as a Californian who has been politically active since before I could vote, I welcome the continued match-up between former Secretary of State Hillary Clinton and Senator Bernie Sanders, particularly since the contest is expected to drive a high level of turnout.

Primary turnouts trend much lower than general elections, but with prominent presidential and senatorial races on the ballot, the number of registered voters in California has hit a record high. Nearly 650,000 persons registered to vote in the 45 days prior to the primary registration deadline.

The influx of new voters onto the state rolls means that how many voters will turn out – and whom they will vote for – is truly anyone’s guess. This uncertainty has had Hillary Clinton and Bernie Sanders scrambling up and down the state, raising funds and holding rallies with seemingly unending vigor.

Clinton’s strengths include her high name recognition and popularity within communities of color, but a prominent generation gap remains readily apparent.

In a May 2016 poll commissioned by the African American Voter Registration Education and Participation Project (AAVREP) and released last week, Clinton held a sizable lead among likely primary voters in African-American communities in the state. Sanders led among black voters aged 40 and under with 50 percent – compared to 34 percent favoring Clinton.

That said, in the major left-leaning media markets including the Bay Area and Los Angeles, Clinton has touted her strong record on gun control. This issue receives strong support from communities of color. Sanders’ record on the issue is considered much weaker.

The Sanders campaign has high favorability among younger voters across racial boundaries. The campaign also enjoys support among self-identified progressive voters and prominent environmental activists. Sanders’ proposed moratorium on hydraulic shale fracturing may very well tap into the anti-fracking sentiments following the Porter Ranch gas leak. Porter Ranch was the largest gas leak in U.S. history and required the relocation of thousands of families for months. Moreover, his message promoting progressive economic policies resonates with millennials who show little if any aversion to the term “socialist.”

Beyond the Democratic presidential headliners, a number of other prominent races will likely motivate the masses to show up at the polls on Tuesday.

Tremendous Democratic star power exists in the U.S. Senate race to replace current Senator Barbara Boxer, who is retiring after holding the seat since 1992.

Both Attorney General Kamala Harris, who ascended to prominence as the San Francisco district attorney, and U.S. Representative Loretta Sanchez, who rose in power by unseating Republican Representative Bob Dornan in Orange County in 1996, are well-known for their political acumen as well as their strong networks in Northern California and Southern California, respectively.

I suspect a strong anti-Trump contingent will also drive up Democratic participation, particularly among African-American and Latino voters.

In the AAVREP poll mentioned above, more than 80 percent of black voters in California viewed Donald Trump unfavorably. Across the state, rallies for Trump have been met with staunch resistance, repeatedly resulting in violence and arrests.

California’s “Top Two” primary system now allows the top two electoral candidates to advance to a runoff in the November general election, regardless of their partisan affiliation. This procedural change may result in a lessened sense of urgency among voters who realize that their favorite candidate need not win the primary outright in order to advance to the general.

The stakes are high. The circumstances favor Democrats more than ever, and certainly much more than usual for a primary season. Of the almost 650,000 newly registered voters (out of almost 18 million total), more than three-quarters registered with the Democratic Party.

Both the presidential and U.S. Senate races have contenders with undeniable celebrity status. These candidates have energized and motivated the rank and file. Many voters, particularly racial minorities, have also been activated by Trump’s incendiary rhetoric targeting Mexicans, women, and persons of Muslim faith.

So while there’s ample reason to expect that Democratic turnout will be significant, the results of the election might include a handful of surprises for both Democratic candidates and voters alike. 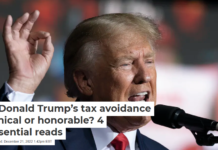 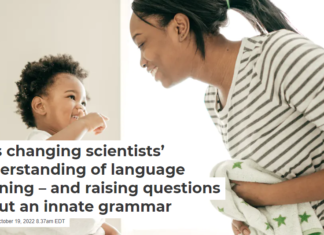 AI is changing scientists’ understanding of language learning – and raising...

HBO’s ‘House of the Dragon’ was inspired by a real medieval...

Corporate spending in state politics and elections can affect everything from...