From Wall Street to politics, quantitative analysts (or quants) are revolutionizing much of the world. Nowadays, that even includes horse racing.

By using computers to identify hidden patterns in past racing data and arcane mathematics to optimize every aspect of their betting strategies, horse racing quants can confidently wager staggering amounts. At first, that may seem good: more money in the pot means the house and the winners take more home. Still, their trades have been blamed for (among other things) driving away other bettors and shrinking prizes for everyone over time.

As this year’s Triple Crown of Thoroughbred Racing unfolds – along with all its accompanying betting – it’s timely to wonder how these new gamblers armed with big data, powerful computers and advanced mathematics really affect the house and other bettors.

In research we recently submitted for publication, we used a subject in mathematics called game theory to analyze their influence. How are quants with their big-time technology and seemingly unlimited funds really affecting everyone else involved in wagering on horse racing? We showed that the situation is not as clear as many believe: whether or not the house or other players benefit from the quants’ activities depends upon precise relationships among a number of ever-changing factors.

What is parimutuel betting?

About 75 billion euros in parimutuel bets are placed on horse races annually around the globe.

In parimutuel betting – the system commonly used at American tracks – all wagers go into a central pool. After the race, certain deductions are made. For instance, the house collects a percentage fee, known as the take. The rest is distributed (proportionally) to the players with winning bets.

Let’s say that Ann and Bill were the only people who bet that Nyquist (this year’s winning horse at the Kentucky Derby) would win, and they each bet US$50. We’ll ignore all fees except for the take, which we’ll pretend was 10 percent. If everyone’s bets totaled $1,000, the house would collect $100 (10 percent of $1,000). The remainder would be $900, which Ann and Bill would split evenly ($450 each). In reality, it’s slightly more complicated, but this is the basic idea.

Parimutuel bets are not limited to the track and can be made in finance, prediction markets, lotteries and other sports settings as well.

Parimutuel wagering on the Kentucky Derby began in 1908. Other forms of betting are currently available, but this system is the norm at American tracks. Until recently it was the purview of small-time bettors.

But that changed with two pioneering quants, William Benter and Alan Woods, who began betting on Hong Kong horse races in 1984. Their expertise in quantitative strategies for beating the dealer at the blackjack tables of Las Vegas helped them clean up in this new context. After Benter and Woods’ success, other quants were quick to jump into the biz. Today, computer-assisted bettors are supported by several dozen others with individual roles including accounting, programming, placing wagers and more. Funds come from the teams themselves.

The new bettors’ budgets are often enormous. And their reputation suggests they have much better strategies than regular players. For instance, state-of-the-art software used by quants takes into account more than 100 variables which describe even the tiniest details about the horses, jockeys, tracks and so on when predicting a race’s outcome.

They may have access to data feeds with up-to-date information about the betting pool. Knowledge of the pot is crucial when identifying profitable bets. With the help of special interfaces, computer-assisted bettors can frequently place wagers faster than ordinary players. They might also be able to enjoy reduced fees in some places.

Some say that computer-assisted bettors have a positive impact on both the house and all the other bettors in this parimutuel system. A few off-track organizations actually offer them rebates in the hope of attracting their bets.

When the pool grows, say because of the activities of a computer-assisted bettor, the house immediately benefits. After all, it receives a percentage of the pool. Players are happy too, as they often believe they can win bigger prizes. Their wagers matter less when calculating payouts, a great feature for most betting strategies.

To see mathematically how adding more money to the pool affects payouts, think about what would happen in our scenario above if an extra player named Carol had placed a new $1,000 bet on Mor Spirit (who finished tenth). Now the house would receive $200, while Ann and Bill would receive $900 apiece.

For instance, a computer-assisted bettor could be directly responsible for lowering other players’ profits. Look what would happen to Ann and Bill, if Carol had wagered $1,000 on the winner Nyquist instead of Mor Spirit. The house would get $200 again, but Ann and Bill would win only about $82 each.

Some of the effects are psychological. The perception of unfair advantages sometimes causes other gamblers to get discouraged or even stop completely. Over time, this can drop wagering pool sizes and decrease winnings for everyone – including the house.

In parimutuel wagering, once you have chosen which outcome you would like to wager on, finding the right amount to wager is tricky because payoffs per unit bet decrease as you raise your wager on an event. You have to balance the competing goals of winning a greater share of the pool by betting more and keeping your profit per unit bet high by wagering less. One way that our computer-assisted bettors’ strategies were more advanced than those of our small-time players is that they could perfectly manage this difficult trade-off.

There are other differences between the kinds of players, but these were beyond the scope of our work.

For instance, in one of our examples, the race was too close to call: two horses had a strong chance to win. Despite making a very good prediction about the outcome, our computer-assisted bettor chose to wager on the wrong horse. Since the “wisdom of the crowd” of regular players was slightly better than the computer-assisted bettor’s forecast, both the house and ordinary players benefited in this scenario. Mathematically, this is like the situation above in which Carol bet on Mor Spirit instead of Nyquist.

The house and ordinary wagerers were also better off in a situation where the computer-assisted bettor played a diversifying role in the pool. Basically, the ordinary players’ bets by themselves were too similar and led to undesirably low payoffs. When we added in the deep-pocketed computer-assisted bettor (who placed different wagers than the regular Joes), it sweetened the pot for everyone.

Headed to the track?

A total of $130 million was wagered on this year’s Kentucky Derby, the second-largest total ever. Still, horse race gambling is perceived to be in the midst of a major decline in the United States. There are many contributing factors, but the perception that regular players can’t compete against computer-assisted bettors is frequently cited. How would the recent headlines about UNU, the artificial intelligence program used to win $11,000 on a $20 long-shot bet at this year’s Kentucky Derby, make you feel?

By now, you’ve seen that the case against computer-assisted bettors isn’t as straightforward as you might expect. Whether or not the house and ordinary bettors benefit or suffer due to their presence depends on a number of conditions. These are sensitive and may rapidly shift, which ultimately gives all of the sport’s stakeholders the opportunity to coexist and profit. 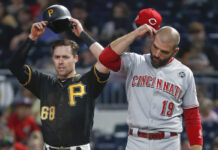 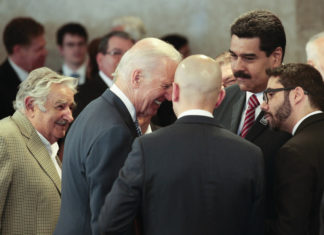