Christine Blasey Ford’s account of allegedly being sexually assaulted by Supreme Court nominee Brett Kavanaugh when they were teenagers is provoking both informed and uninformed comment from politicians. Still more private conversations about the subject are happening in homes and offices around the country.

There is a large body of social science research about what are called “peer sexual assaults” that is relevant to these discussions. We are experts on violence, including sex offenses against children and youth, and our research focuses on surveys to document those realities and track the trends.

Here are six basic facts about sexual assault among adolescents.

What does research say?

1. Assaults among people under the age of 18 are common: 18 percent of girls and 3 percent of boys say that by age 17 they have been victims of a sexual assault or abuse at the hands of another adolescent.

2. Most assaults between adolescents do not involve sexual intercourse. Penetration occurs only in 15 percent of cases.

3. Failure to disclose or report the assault is common. Most – 66 percent – of adolescent victims did not tell a parent or any other adult about the assault. Only 19 percent reported the assault to the police.

4. Victims have a variety of reactions to the assault. For example, the level of fear at the time of the assault runs the gamut: 32 percent reported being very afraid, but 26 percent said they had not been afraid. The rest reported being a little afraid.

5. Impacts of assault can be serious and long-lasting. Both sexual and non-sexual assaults in adolescence are associated with higher-than-normal levels of depression, anxiety, post-traumatic symptoms and risks for being assaulted again. This is one of the most reliable findings in the growing science of how negative childhood experiences lead to poorer physical and mental health later in life.

6. Some youth who commit sexual assault are serial offenders, but most are not. The re-offense rate for such youth is 5 percent, lower than for adults who commit a first assault, and has been declining over time, possibly due to more awareness and better intervention.

Experts on sexual assault agree that education for young people is one of the most important ways to diminish the incidence of sexual assault: Among the tools educators use are lessons about consent, good decision-making, refusal skills and the empowerment of bystanders to intervene.

A number of educational programs with such components have been formally evaluated and shown to be effective, including programs such as Safe Dates, Shifting Boundaries, Green Dot and the Fourth R.

Surveys suggest that sexual assaults of adolescents and adults have been declining or flat over the last 25 years, not increasing. Still, far too many young people suffer from these offenses and their effects. Expanding educational programs is an obvious and crucial priority for bringing down this toll. 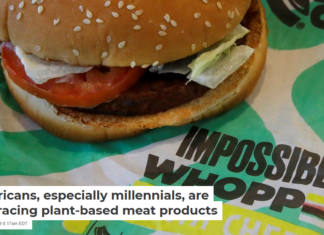 New evidence that an extraterrestrial collision 12,800 years ago triggered an...