Could disc golf become more popular than ball golf by 2028?

Ask disc golfers and they’ll say, “You bet – our sport is growing like crazy.”

But for most Americans, the answer is, “What’s disc golf?” And the typical ball golfer will likely respond, “No – and stop calling my sport ball golf.”

For the uninitiated: Disc golf is an outdoor sport that is played by throwing streamlined plastic discs into metal baskets from varying distances. It shares many of ball golf’s rules, but the two sports are culturally distinct.

In my upcoming book, “Disc Golf Land: Rise of an Unknown Sport,” I talk about how the rapid growth of several nontraditional sports – think roller derby, parkour, drone racing, esports and disc golf – has gone mostly unnoticed by the public and major media outlets.

That could be about to change.

While the odds of disc golf overtaking ball golf in popularity within a decade are slim, if you consider recent social trends, it’s not outside the realm of possibility.

It’s no secret that ball golf courses are in trouble.

In comparison, disc golf is experiencing rapid growth and may be nearing a tipping point. In 2011, there were 2,982 U.S. disc golf courses, according to the Professional Disc Golf Association. By 2016, this number nearly doubled to 5,467 – an average gain of 497 courses annually. If this rate continues, disc golfers will have almost as many places to play as ball golfers in a decade.

One of the main reasons for ball golf’s decline is a falling participation among young Americans.

In the past, the 18- to 34-year-old age group was the most likely to play ball golf. But between the early 1990s and early 2010s, there was a 30 percent decrease in participation in this age group. Today, only 26 percent of ball golfers are between the ages of 18 and 34.

Perhaps young people are instead deciding to throw discs.

In 2017, 55 percent of disc golfers were aged 18 to 35. Among members of the Professional Disc Golf Association, which includes both amateurs and professionals, 47 percent were 20 to 34.

Could finances be playing a role?

Young adults are worse off financially than previous generations. Stagnant wages and mounting debt may discourage them from paying expensive greens fees and investing in costly equipment.

Meanwhile, roughly 90 percent of disc golf courses are in public parks, and the cost of equipment is low – all you need is around US$20 for a couple of discs. At most courses, people can play as little or as much as they wish, free of charge. A round of disc golf takes about half the time it takes to play ball golf.

There’s also an environmental cost to playing ball golf that many could find off-putting.

Disc golf courses aren’t great for the environment, either – trees might need to be selectively cut or trimmed. But the overall impact is far smaller: Chemicals are almost never used, and water demands are low or nonexistent.

Climate change, however, might be the biggest threat to ball golf.

While warmer weather could arguably extend the seasons of both sports, the downsides of climate change are more acute. For instance, a recent study by the Climate Coalition documented the troubling effects of climate change on ball golf courses in the United Kingdom, with rising sea levels and coastal erosion threatening some of the world’s oldest golf courses.

Given that disc golf courses are more rugged, natural and far cheaper to maintain than ball golf courses, disc golf will have an environmental edge over ball golf in the years to come.

Rich in enthusiasm, but not in riches

Even if shifts in course infrastructure, demographics and climate lead to relative gains for disc golf, the sport has no chance of catching ball golf unless a series of game-changing events come to pass. To go mainstream, the sport will require substantial buy-in from public institutions, greater media attention and an influx of private investment.

Many emerging sports that eye expansion set their sights on the Olympics. In 2015, the International Olympic Committee officially recognized the World Flying Disc Federation, which bolstered the Olympic hopes of flying disc sports, including disc golf.

Among them, disc golf’s cousin, Ultimate, is the clear favorite for the 2024 or 2028 Olympic Games. An Olympic berth for Ultimate could boost disc golf participation and strengthen the sport’s institutional footing.

For decades, the viability of all sports has been tied to television. While cable TV is still the primary sports platform, younger fans are increasingly cutting the cord and opting for online streaming services. With the oldest fanbase in pro sports, ball golf faces the challenge of satisfying aging TV watchers, while attracting young digital natives.

To be sure, disc golf faces significant challenges. Chief among these is the lack of outside investment from large manufacturers and corporate sponsors. Currently, the primary manufacturers of equipment and most event sponsors come from within the disc golf community.

In the end, many of the trends discussed above will merely lead to modest growth. Only more media coverage and investments from major sports brands like Adidas will elevate disc golf into the mainstream. 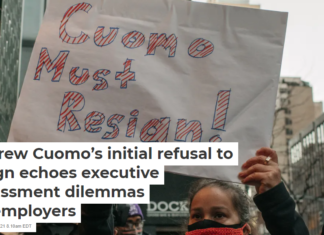 Supplies of rare earth materials are still far from secure

Inside the Beatles’ messy breakup, 50 years ago

How lingering fears from the pandemic could change the way we...