On July 27, 1919, Marcus Garvey, the African-American nationalist then nearing the height of his influence, rose to address a crowd of almost 6,000 people who had come to dedicate Liberty Hall, on Harlem’s 138th Street, as the new headquarters of the Universal Negro Improvement Association (UNIA).

The UNIA, which Garvey had originally founded five years earlier in his native Jamaica, had grown rapidly since its relocation to the United States. By the early 1920s, it had chapters in more than 30 American cities and African-American supporters that historians believe numbered in the millions.

Yet the major focus of Garvey’s speech on this particular occasion was not the African-American freedom struggle but the Irish one:

The time has come for the Negro race to offer up its martyrs upon the altar of liberty even as the Irish has given a long list from Robert Emmet to Roger Casement.

Indeed, the very name of the building that Garvey dedicated, “Liberty Hall,” reflected his admiration of this struggle. It was named after Dublin’s Liberty Hall, the site from which the 1916 Easter Rising had been launched.

How did this veneration of Ireland’s revolution in the U.S. come about?

Over the last few months, the United States has been marking its connection to the Easter Rising of 100 years ago.

In a series of public celebrations, film screenings and academic symposia, we have learned about the many ways in which America influenced the events that took place in Dublin in Easter Week 1916.

Irish immigrants and their descendants (our “exiled children in America,” in the words of the Proclamation of the Irish Republic) played a leading part.

They supported revolutionary organizations and sent money back to those who were planning the rebellion. At a deeper level, the United States – with its own revolution against the British Empire and a Declaration of Independence that the Irish Proclamation resembled in striking ways – provided a source of inspiration for many of the Rising’s leaders.

“No America. No Easter Rising,” the distinguished Irish historian Joe Lee has stated. “Simple as that.”

But the influences and inspiration worked in the other direction as well, especially in the tumultuous years following the Easter Rising.

As I have documented in a recent book, in the five short years between 1916 and 1921, revolutionary Irish republicanism became a mass movement of breathtaking proportions in the United States.

The Friends of Irish Freedom, formed in 1916 with the composer Victor Herbert at its helm, claimed nearly 300,000 members by 1919. Its later rival, the American Association for the Recognition of the Irish Republic, counted 700,000 members and had raised over US$10 million for the Irish republican movement by 1921.

As one veteran of the cause recalled,

Sentiment in favor of the Irish Republic swept over this country so strongly that it was felt in every city and town in the nation. It permeated all walks of life.

So what were these “walks of life”?

One was the world of labor. This was hardly surprising given the concentration of Irish-Americans in working-class occupations and their prominent place in the leadership of many US trade unions – in fact, no less than a quarter of all prominent labor leaders between 1830 and 1970 were Irish immigrants or their descendants.

The Irish-American-dominated Chicago Federation of Labor was typical in denouncing “the domination of the Celtic people of Ireland by alien people and powers.”

Labor leaders were already suspicious of the growing drumbeat of U.S. opinion favoring entry into World War I.

Many of them believed that the so-called preparedness campaign was a smokescreen for a campaign against unions. The Easter Rising and its suppression only intensified their opposition to military intervention in support of Britain.

More surprising was the Easter Rising’s impact on American feminism.

Impact on suffragists and African-Americans

Inspired by the Irish Proclamation’s call for “equal rights and equal opportunities” and its endorsement of the principle of women’s suffrage – a full four years before American women obtained the vote – American suffragists and feminists like Alice Paul and Jane Addams rallied to the Irish cause.

Irish-American women filled halls across the country for the lecture tours of high-profile Irish republican activists like Hanna Sheehy-Skeffington and the Countess Constance Markievicz.

Though the Irish Free State government that emerged in 1922 retreated from the promise of gender equality announced in the Proclamation, that promise had a significant impact in encouraging American women’s support of the Irish revolution.

Most surprising of all in light of the deep currents of anti-black racism that ran through the history of the Irish in America was the enthusiasm of Marcus Garvey and other African-American protest leaders for the Irish cause.

Hubert Harrison, the intellectual and activist sometimes described as “the father of Harlem radicalism,” built on the work of the Irish political party, Sinn Féin, in his 1917 campaign to increase black electoral representation.

When he organized the secret African Blood Brotherhood for African Liberation and Redemption two years later, Cyril Briggs drew explicitly on the model of the secret Irish Republican Brotherhood, which had been at the center of the Easter Rising.

In February 1921, Briggs hailed “the Irish fight for liberty” as “the greatest epic of modern times and a sight to inspire to emulation all oppressed groups.”

Briggs’ words, like those of Marcus Garvey, point to the most far-reaching significance of the Easter Rising. It provided a deep source of inspiration to a range of other “oppressed groups,” in America and beyond. 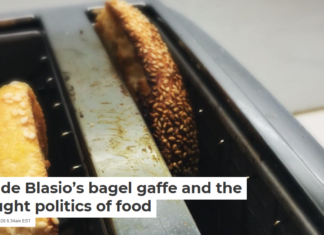