The idea of human pheromones is intuitively appealing, conjuring up the idea of secret signals that make us irresistible to potential partners. But this connection of pheromones with sex may be the wrong way to look at the issue – because despite 45 years of study and various claims over the years there’s still not a lot of evidence that human pheromones exist at all.

The study of pheromones of all kinds is problematic – even the definition is controversial. The word comes from the Greek pherein (to transfer), and hormōn (to excite) and was defined by Karlson and Luscher in 1959 as:

Substances which are secreted by an individual and received by a second individual of the same species, in which they release a specific reaction, for instance a definite behaviour or developmental process.

The snag is that that while many researchers agree on the basic properties of pheromones, there is considerable debate over which olfactory (sense of smell) cues represent pheromones. For example, many species use odours to identify characteristics such as species, sex, relatedness and social status. Many researchers label these odours as pheromones; others feel that by the above definition they’re really just smells.

Similarly not all potential pheromones are secreted externally – some species of salamanders transfer chemical signals to another salamander by directly injecting them into the bloodstream. Some scientists believe that the response to a pheromone should provide an evolutionary advantage to both the sender and the receiver of the signal, and do so unconsciously.

So a lack of consensus on pheromones’ definition has led to the over-use of this term. Instead many scientists use the term semiochemicals to refer to chemicals that transmit some form of specific message that can influence a recipient’s physiology and behaviour.

Given these problems why are researchers so interested in pheromones at all? Generally olfaction is one of the most crucial forms of communication in the animal world. Odours have the greatest potential range of any method of animal communication, can be transmitted in total darkness and around obstacles. Unlike signals to be seen or heard, odours also remain in the environment for extended periods, providing the opportunity to lay signals – such as when marking territory.

But studying human pheromones is problematic for a number of reasons beyond definition. Olfactory research can be extremely tricky to conduct: smells are invisible and hard to control, there is no real standardised system for labelling and evaluating odours, and a wealth of potentially confounding variables need to be controlled for. Also the problem is that humans can evaluate signals in a variety of quite divergent ways – it’s rare that we show simplistic stimulus–response reaction.

Four specific substances have been identified as possible human pheromones.

In the 1970s and 1980s, there was a strong focus on testosterone-derived androstenone and androstenol, possible pheromones in pigs also found in human armpits. A number of studies have investigated the effect of these substances on human behaviour, focusing on social interactions and the evaluation of sexual partners. Despite a general pattern for these substances to increase social contact between males and females, findings are extremely inconsistent.

In the 1990s the focus shifted to the similar androstadienone and oestratraenol, an oestrogen-derived substance produced in pregnant women. These were the compounds studied in several experiments that examined the vomeronasal organ (VNO) – a tubular structure located in the nasal cavity which, in some species, is involved in processing pheromones.

Several studies documented finding a VNO in more than 90% of human participants, and reported that stimulating the VNO with artificially-created “putative human pheromones” seemed to stimulate the recipients. This suggested the existence of human pheromones, as a functioning VNO would provide humans the ability to process pheromones.

However, more recent studies cast doubt on this idea, with no evidence that the few VNOs identified in humans have any functional receptor cells to detect anything – the VNO isn’t actually connected to the brain. And those putative “synthetic human pheromones” provided to the studies that claimed to show evidence of their effect on the VNO? It’s been pointed out that they had been provided by EROX – a firm with a commercial interest in patenting and selling them. You’ll find EROX and scores of other firms selling similar products on the internet today.

Research into these four pheromone candidates suffers from all sorts of problems. The substances are used in concentrations between several and millions of times higher than they occur naturally in humans. Experiments tend to be beset with methodological and statistical issues, leading to a contradictory or inconclusive findings. Publication bias leaves it likely that only positive results are published, artificially increasing the amount of supposedly supportive evidence, and findings have often not been independently replicable.

In any case, even if these substances do effect human physiology and behaviour it doesn’t necessarily mean they’re pheromones – there are numerous odours from plants or from industrial chemicals that can produce a behavioural reaction in humans.

Tristram Wyatt, in his recent paper for the Royal Society, suggests that we move away from the sexual focus on pheromones. Instead we should focus not just on the substance present but on the range of odours that humans are capable of producing from a variety of sites on the body.

Wyatt’s suggestion is the secretions from the areola of mothers’ lactating breasts is a good place to start looking, as smell is very important to suckling behaviour in animals. Any baby, presented with the secretions of any mother, will respond with nipple-searching behaviour, even while asleep.

The search for human pheromones taps into our mysterious sense of smell and appeals to us on an emotional level. Of course, there are also strong commercial motivations to demonstrating their existence and the products that might follow. There is already a well-documented history of this occurring in the field of olfaction research – and these motivations inevitably muddy the water. We need to address these issues with a much more rigorous approach if the science is to progress. 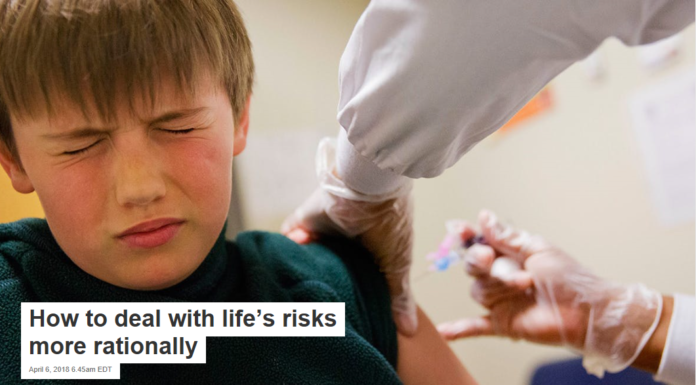 How to deal with life’s risks more rationally

Nocturnal dinosaurs: Night vision and superb hearing in a small theropod suggest it was...