Kakadu National Park in Australia’s tropical north is one of the world’s premier conservation reserves. However, it is partly failing in one of its principal purposes. The past two to three decades have seen an extraordinary collapse in Kakadu’s native mammal species.

A comprehensive new Kakadu Threatened Species Strategy has been designed in response to these species declines, to provide a mechanism to reverse them. Substantial funding for this strategy, announced today, shows that the government and park managers accept that these recent declines are unacceptable, and that there is now an unprecedented commitment to take Kakadu’s conservation responsibilities seriously.

National parks, particularly very large ones like Kakadu, should provide the robust foundation for the conservation of biodiversity. These are areas in which conservation is an explicit (and often paramount) priority and in which some of the most acute threats (such as vegetation clearance) are excluded.

Furthermore, they are usually staffed by trained land managers with responsibility for undertaking actions to benefit biodiversity. If we can’t maintain biodiversity in areas specifically set aside for this purpose, then the overall fate of our biodiversity is likely to be very bleak.

But the track record of Australian conservation reserves is a very mixed bag. There have been some clear successes, such as the extermination of pests on Macquarie Island. But the outcomes are often far more opaque, with relatively little monitoring and reporting in individual conservation reserves or for the reserve system as a whole.

Sadly, some recent extinctions, such as those of the Christmas Island forest skink and Christmas Island pipistrelle, have occurred in National Parks, and many of Kakadu’s native animals have fared little better.

Ultimately, biodiversity losses in Kakadu have an ecological cause, but they are also partly due to institutional or procedural shortcomings. Critics of Kakadu’s previous management plans have remarked that they are inferior in terms of actions and accountability compared with other iconic parks elsewhere in the world. Other critics have shot the messenger, blaming those who report declines.

As the length of this list suggests, these species live in many different habitats and locations in the park, and are being affected by many different threats. The available conservation information is also highly variable: for some species, there is adequate information on status, trends, threats and management requirements; for others, that evidence is meagre or non-existent.

Furthermore, management in Kakadu is not implemented solely for the benefit of threatened species: there are overarching obligations to the park’s Aboriginal traditional owners, as well as the need to cater for visitors and to protect infrastructure.

In our new threatened species strategy, we have sought order from this chaos of competing demands. The strategy operates on several levels.

It starts from the perspective that the conservation management of so many threatened species is an extraordinary opportunity, rather than a resource-hungry chore, for managers and the management agency. It seeks a management structure that has clear accountability, explicit targets, appropriate monitoring, and public reporting on performance.

It seeks to involve traditional owners in all aspects of the management of threatened species. It makes strategic and evidence-based prioritisation of species (based on indigenous value, evolutionary and ecological significance, conservation status, and the extent to which Kakadu is important for the species) for management attention, and it complements this with a cost-effective prioritisation of conservation actions (similar to the one described here).

Our plan notes that substantial changes are needed to existing arrangements particularly in the management of fire in Kakadu’s lowlands and in the control of feral cats. It also recommends the establishment of seed collections for some particularly threatened plant species, and the staged reintroduction of some mammal species that have probably disappeared from Kakadu.

Kakadu is a beautiful, awe-inspiring and deeply spiritual place. It is also extraordinarily important for biodiversity. We need to set a standard of management ambition, accountability and competence in Kakadu that provides reassurance to our community that parks indeed provide a robust foundation for conserving Australia’s plants, animals and ecosystems. Kakadu’s biodiversity is too precious to lose.

John Woinarski receives funding from, and is affiliated with, the North Australian Hub of the National Environment Research Program, and prepared this strategy for Kakadu. . 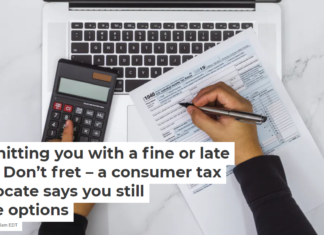 Staff Writer - June 4, 2021
Rita W. Green, University of Memphis Tax Day has come and gone, and you think you filed your return...

Japan’s Shinzo Abe will struggle to recover from ministerial scandal