Any review of 2014 in education must examine a Trojan Horse bearing “British values”. The scandal that broke in April centred on the investigation of 21 Birmingham schools suspected of being involved in a plot to “Islamise” their children’s education. It was followed in November by the inspection of seven schools in Tower Hamlets, which were also held to be at risk of Islamic radicalisation.

The inspections and investigations in Birmingham and Tower Hamlets did not uncover widespread extremism or radicalisation in schools, although they did find failures of governance and in some cases a reluctance to promote the rather ill-defined notion of British values. The fallout from the investigations, after which a number of schools were put into “special measures” has revealed how increasingly fragmented the school landscape in England is in the run-up to the general election in 2015.

The supposed Trojan Horse “plot” has been examined extensively in relation to its implications for Ofsted, schools’ role in preventing terrorism and school governance.

In the recently published Annual Ofsted Report 2013-14, the West Midlands regional report states that in several of the 21 schools inspected in Birmingham, children are “being badly prepared for life in modern Britain”. It concludes:

The issues identified in Birmingham remain a significant concern. These inspections have called into question the nature and extent of the accountabilities associated with the high levels of autonomy currently enjoyed by academies. They also raise concerns about the effectiveness of the local authority to hold schools and governing bodies to account.

The final sentence is revealing. The concerns about the effectiveness of Birmingham as a local authority mask the fact that since 2010 local authorities’ capacity to hold schools and governing bodies to account has been severely curtailed – precisely because academies have been given such autonomy.

One of the priorities outlined in the 2010 Schools White Paper, The Importance of Teaching, published by the Coalition was to create a “self-improving system”. Central to this ambition was the rapid expansion of the academies programme.

There were 203 academies in England in 2010. There are 4,344 today. Both academies and free schools, 252 of which have opened since 2010, are independent of local authority control and directly accountable to the secretary of state for education. Coupled with extensive public sector funding cuts, the result has been a drastic reduction in both local authority capacity and local oversight of schools.

Where the blame gets laid

As a result, we have an increasingly complex and fragmented school landscape, in which new “middle-tier” structures and organisations, such as academy chains and teaching school alliances, have emerged to fill the vacuum between local schools and the Department for Education. Many of these may work well, but when things appear to go wrong, as in Birmingham and Tower Hamlets, the focus of national government, Ofsted and the media remains on the local authority, rather than on academy chains, which are rather more difficult to hold to account.

Considerable work is now needed to rebuild trust in both local schools and national government in these communities. Analaysis by Birmingham Campaign for State Education has shown that this has been made more difficult in Birmingham by the fact that many of the recommendations of the independent review Birmingham City Council commissioned into the affair cannot be implemented because it has no authority over academies. As Tim Brighouse, former chief education officer in Birmingham, emphasised in June:

So great have been the recent cuts in local authority expenditure that Birmingham and many other local authorities have neither the resources nor sufficient senior and experienced staff to carry out their role effectively. Worse, the arrival of academies and free schools has created an open season for lay people and professionals keen to pursue their own eccentric ideas about schooling.

This is not uncommon. A recent “temperature check” of local authorities revealed that they have had some success overcoming funding and staffing cuts in education by brokering local partnerships to support school improvement and planning for fluctuations in the number of school spaces needed. But authorities were rather less advanced in other key areas, such as supporting vulnerable children. The point is not that local authorities have always been highly effective, but that in the absence of other local structures, they should not be held accountable when they no longer have the power or capacity to act.

What does this mean for the future? As we move towards an increasingly uncertain election in 2015, Conservative party policy seems to promise more of the same for the increasingly fragmented middle tier. The current secretary of state for education, Nicky Morgan, has spoken recently of her commitment to the “self-improving, school-led system”, characterised by bottom-up innovations coming from “networks of schools and teachers collaborating with one another to drive up standards”. As the Trojan horse incidents underline, rhetoric about localism continues to mask the increasing centralisation of power.

Labour’s recent policy document, Education and Children, takes the fragmented schools system as a starting point to emphasise the need for “strong local accountability”. But while it advocates incentives for effective partnerships between schools, there is no indication of how the multi-layered local levels of trust necessary to support effective school-to-school collaboration will be created. Nor how the academies programme, to which Labour remains committed, will be overseen.

Add into the mix the unpredictability of smaller parties’ influence if the outcome of the election is inconclusive, and the future looks just as uncertain and fragmented as today. Without locally accountable structures to support and challenge schools, moral panics, like those we have seen in Birmingham and Tower Hamlets in 2014, are likely to recur.

To read more of The Conversation’s coverage on the Trojan Horse affair from 2014, click here. 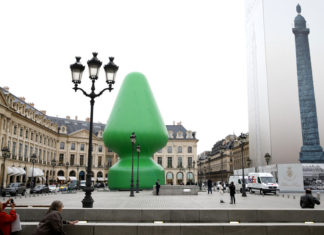 Staff Writer - October 20, 2014
By Russell Williams, University of London Institute in Paris Paul McCarthy, the granddaddy of shock conceptual art, has gone and done it again. In a...