While athletes and coaches can be overlooked vehicles of political ideology, they often play key symbolic roles in the cultural and political life of any nation. Look no further than Muhammad Ali, whose recent death reminded us how an athlete can also stand up for racial justice and religious freedom.

In this year’s presidential race, one candidate has been especially eager to capitalize on the support of athletes and coaches. On June 11, at a campaign rally in Pittsburgh, Pennsylvania, presumptive Republican nominee Donald Trump crowed to his supporters that Steelers star quarterback Ben Roethlisberger had his back.

The only problem? Roethlisberger reportedly told the Pittsburgh Post-Gazette’s Ed Bouchette that he hadn’t endorsed Trump and doesn’t plan on doing so.

This wasn’t the first time Trump name-dropped a famous local sports hero to try to ingratiate himself with an audience.

Reportedly, Trump even wants to hold a “winner’s evening” during the Republican convention that will showcase American athletes, because “our country needs to see winners… We don’t see winners anymore. We have a bunch of clowns running this country.”

So what, exactly, is Trump doing? Well, these sports figures all have one thing in common: They’re all white men.

As someone who has examined the racial and gender meanings embedded in media stories about sport stars, I’ve been fascinated by Trump’s repeated use of white male sports icons on the campaign trail – especially in a contemporary American sports landscape where people of color increasingly dominate the playing ranks.

Unlike other politicians’ use of sports stars when campaigning, Trump seems to be taking it a step further, using them as a way to “dog whistle” his support for white, male entitlement.

For years, presidential candidates have attempted to connect themselves with sports or famous athletes to endear themselves to voters.

For candidates seeking to cultivate mass appeal – especially in an era of media fragmentation – there’s perhaps no better association to make. Nearly 60 percent of Americans call themselves sports fans, and almost 112 million tuned in for Super Bowl 50.

In his book “Leading Men: Presidential Campaigns and the Politics of Manhood,” masculinity scholar Jackson Katz has documented how American presidents and presidential candidates have long used sports metaphors – and even invented personal sporting histories – to try to endear themselves to the electorate.

Teddy Roosevelt loved to talk about how he followed boxing and college football, while Ronald Reagan drew his nickname – “The Gipper” – from his performance as Notre Dame football star George Gipp in the 1940 film “Knute Rockne, All American.” John F. Kennedy famously played vigorous games of touch football with family and, of course, Gerald Ford was a standout football player at the University of Michigan.

And even though he made an embarrassing attempt at bowling to better connect with working-class white voters, President Barack Obama regularly talks about his love of basketball. He’s also made filling out NCAA March Madness basketball brackets on ESPN an annual event.

But when it comes to Trump’s direct appeal to sports fans, there might be something more sinister at play.

Many have wondered whether Trump’s fiery rhetoric and policy proposals are simply a less filtered version of the usual Republican stances or whether they signal a more dangerous proto-fascist, far right, authoritarian political turn.

But no one has addressed how Trump’s use of white sportsmen operates as an important “dog whistle” during his bid for the presidency.

According to UC-Berkeley law professor Ian Haney-Lopez, a “dog whistle” occurs when one makes a racial appeal to a targeted audience without explicitly mentioning race.

In his book “Dog Whistle Politics,” Haney-Lopez shows how American politicians – most often, Republicans – have used this sort of coded talk since the civil rights movement to appeal to white voters who fear that changes to American society have diminished their social status. Phrases like “law and order,” “states’ rights,” “welfare queens” and “the makers and the takers” have been regularly used by politicians to stoke white fears without any explicit mention of race.

In Trump’s case, he may be using these white sportsmen as crucial symbols to connect voters with his political message.

The racial undertones of Trump’s athletes

According to data collected by the Republican polling firm Public Opinion Strategies, “Trump’s core strength remained his advantage amongst men and non-college-educated whites.”

Trump taps into and cultivates the anger and angst of those white men who feel as though they’ve lost social standing relative to immigrants, LGBT individuals, women and people of color (despite all evidence to the contrary).

Through his inclusion of white sports legends like Brady, Paterno and Knight in his campaign to “Make America Great Again,” Trump symbolically reveals how white men who are – in his vernacular – “total winners” constitute his vision for America’s future.

But these athletes and coaches aren’t just “winners.” They’re also each, in their own way, polarizing figures who have suffered falls.

Talk to fans of Knight, Paterno or Brady and they’ll rant about how their legacies have been tarnished by bureaucrats, ranging from university officials to the NFL’s commissioner’s office.

Listen more closely and you’ll hear, in coded form, a defense of white male entitlement. You’ll hear echoes of Trump’s belief that the country is now run by “PC-police” who have withdrawn institutional support for white men.

Recall how Penn State students swarmed the streets of Happy Valley, overturned cars and demonstrated vociferously when Penn State fired Paterno, despite his complicity in protecting assistant coach Jerry Sandusky, who had been found guilty of 45 counts of child sexual abuse.

Or Knight’s astonishment when he was fired from his job as the basketball coach at Indiana University after decades of documented abusive behavior toward students, players, staff and administrators. (IU students also took to the streets and even issued threats to Knight’s final accuser, an IU student himself.)

In both cases, Paterno, Knight and their devout supporters seemed unable to comprehend how a white male sporting legend was not entitled to a blank check of protection from an institution – perhaps even society writ large – because they were “winners” who had brought moments of joy to their communities. (Even Brady and Roethlisberger have also had their moments of notoriety.)

And Trump probably realizes that to his crowds, these sports icons evoke a version of white manhood – embattled, unapologetic, and uncompromising – that strongly resonates. 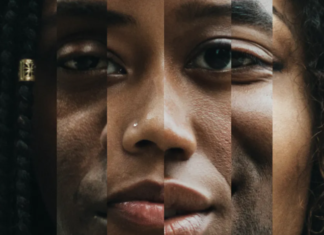 Staff Writer - April 10, 2021
Clare Mehta, Emmanuel College If you could be one age for the rest of your life, what would it...

What it’s like to be gay and in a gang