Domestic violence against women is a global human rights and public health emergency. Recent estimates suggest that a third of women worldwide have experienced partner violence at some point in their life, with wide-ranging implications for their social, mental and physical well-being.

While a small number of interventions have successfully reduced violence among direct programme recipients – for example women empowered through micro-credit schemes or men attending gender discussion workshops – methods to prevent violence in the wider community have proved stubbornly elusive.

But one groundbreaking programme in Uganda has seen dramatic results. The Centre for Domestic Violence Prevention, based in Kampala, has been working intensively since 2008 in three parishes in the city to implement SASA!, a community intervention to prevent violence against women and reduce HIV risk. The results, recently published in BMC Medicine, show that women living in SASA! communities are now half as likely to experience physical partner violence as women in communities without SASA involvement!

Not acceptable or necessary

Underpinning high rates of violence in many parts of the world are beliefs that it is an acceptable, even necessary part of life. “I have come face to face with many men who thought that controlling their partners and disciplining them whenever necessary was normal,” says Tina Musuya who heads the centre’s team. “I heard many community members say that violence was expected, it’s a private matter and a sign of love and that I shouldn’t meddle in people’s private lives.”

Designed by Raising Voices, a Ugandan NGO, the SASA! intervention mobilises whole communities to challenge these norms that make women vulnerable to both violence and HIV, and to address the imbalance of power between men and women that legitimises men’s control of women, limits women’s power to refuse sex or insist on condom use, and leads communities to turn a blind eye to violence.

In the words of one community activist: “Before SASA!, I thought that a woman is supposed to be submissive to the man and that she was there to receive mistreatment. But now I learnt that a woman is like a man – they are not different.”

It is through community activists like this one that much of the intervention programme is delivered; regular men and women who are selected and trained to conduct activities among their own families, friends, colleagues and neighbours. Local government, cultural leaders, police and even healthcare providers also receive training to promote equality within their institutions and strengthen responses to women experiencing violence.

In one sense SASA! is slightly anarchic. Activities are not rigidly proscribed, but evolve in response to community priorities and characteristics. However, this anarchy is embedded in a highly organised structure. SASA!, which means “now” in Kiswahili, is an acronym for the four phases of a systematic process: start, awareness, support and action, designed to move communities from an initial contemplation of what constitutes violence through to shifts in normative attitudes and behaviours.

And throughout this process, activities revolve around discussions of “power”, its uses and abuses. While many people, especially men, may be put off participating in activities billed as “gender” or “domestic violence” related, most people remember situations or periods in their lives where they felt powerless. So they respond to the idea of using their power to create positive change.

Over a three-year period, more than 400 activists carried out a total of 11,000 activities in their communities. These documented activities – including community dramas, door-to-door discussions, poster discussions, and film shows – actually represent the tip of the iceberg. Community members are repeatedly exposed to SASA! ideas as they go about their daily lives; chatting to an activist in the market or a local bar, talking to family and friends, or perhaps consulting a traditional marriage counsellor. An activist might help a man to stop using violence, while a healthcare worker might take action on behalf of a woman experiencing abuse.

People closer to me have changed … the moment they notice that there is a woman being beaten they know what to do … people have started taking action even in my absence.

These changes are confirmed by the results of a randomised trial. Between 2007 and 2012, researchers from the London School of Hygiene and Tropical Medicine studied eight communities in Kampala, four randomly chosen to be SASA! communities, and four designated as comparison communities. They found that after three years, the SASA! community members were less accepting of violence, and reported half the level of physical partner violence against women, as compared to their control counterparts. Crucially this is the first intervention trial in sub-Saharan Africa to show community-wide impacts on levels of violence.

Following successful implementation in Kampala, SASA! has been rolled out more widely, and is now being used by more than 30 organisations in the Horn of Africa, East and Southern Africa. While it does not offer an easy pre-fabricated solution, its methods can be adapted for use in different settings. According to Lori Michau, director of Raising Voices: “Because SASA! works on the core driver of violence against women – power inequality – rather than the manifestations of violence, it is largely applicable in settings which are very different.” And for this reason, other organisations from around the world are interested in adapting and translating the programme for use in their own communities. 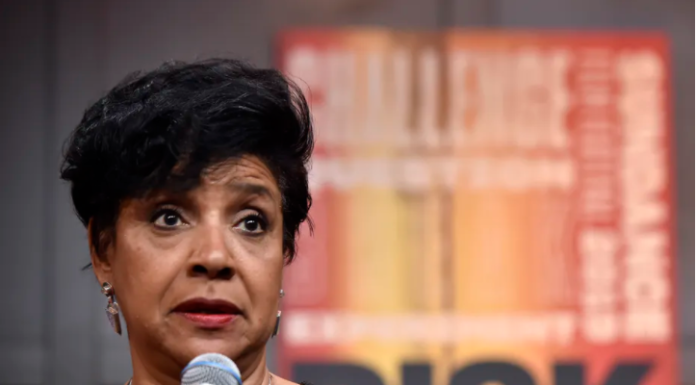 With support for Bill Cosby, Phylicia Rashad becomes just one of several deans to tweet themselves into trouble

Science denial: Why it happens and 5 things you can do about it

Should pregnant women get the COVID-19 vaccine? Will it protect against asymptomatic infections and...