Time Magazine recently featured “The Silence Breakers” as its 2017 “Person of the Year,” a nod to the countless women who have come forward with stories of unwanted sexual advances and sexual assaults.

But missing from the conversation are men. For example, a number of surveys have found that about 8 percent of men are victims of sexual assault in college, and the majority of these men are heterosexual.

Why aren’t more men coming forward? What’s behind their silence? Could it have something to do with underlying cultural assumptions about men and sex – that men always want sex, and that all men find it enjoyable?

While I didn’t speak with men who have been sexually assaulted, I did recently complete a study on young men who have unwanted, nonconsensual sex. The goal was to dig deeper into the experiences of these men: how the sex unfolded, why they didn’t want it in the first place and why they didn’t just say, “No.”

Their responses might offer some clues about why men are, by and large, missing from the wave of sexual assault revelations.

The blurry line of unwanted sex

For my study, I interviewed a racially diverse collection of college men who had reported having unwanted sex with a woman. (In total, I interviewed 39 people – a standard number for a sociological study of this nature.)

It’s important to clarify the difference between “unwanted sex” and “assault.” With sex that’s unwanted (but not assault), a person makes a choice to have sex even though they could have stopped it. In contrast, with sexual assault or rape, the sex is both unwanted and forced. In other words, all sexual assault is unwanted sex, but not all unwanted sex is sexual assault.

The men that I interviewed felt they could have stopped the encounter, but didn’t for various reasons. These men were reluctant to call their experiences sexual assault, and were more comfortable with terms such as “unwanted” and “nonconsensual.”

Given the prevalence of partying and sexual experimentation on college campuses, I initially suspected most of these experiences happened after a night of binge drinking.

But only 8 of the 39 men reported being drunk when they had unwanted sex; instead, most of the scenarios ended up being pretty ordinary. Some said they didn’t want to have sex because they didn’t feel a connection. Others were hesitant because they were tired, there was no condom or they wanted to do something physical other than intercourse.

More often, men went through with sex because it seemed easier than just saying “no.”

‘I guess it makes you unmanly’

At the same time, expectations and insecurities tugged at the many of the young men I spoke with. Here’s how one freshman described his experience of unwanted, nonconsensual sex:

“I didn’t want to be in that position because [sex] still was something that was kind of an emotional thing for me. But then, I also didn’t want to say anything because I thought it would just be kind of weird … in the back of my mind I’m thinking about this girl telling stories about me to her friends where she’s like ‘That guy is weird, I thought we were going to have sex.’ There’s also, it’s hard to tell if this was something I was actively thinking before, but I think it’s an undercurrent to my thought-making, is that guys are supposed to enjoy sexual intercourse under any circumstances.”

In his response, we see a range of emotions and assumptions: fear of embarrassment, the pressure to always “want” sex and the notion that sex should always be enjoyable.

These were themes that kept emerging from the men I interviewed.

“(T)here is this social pressure that men like sex a lot and women can choose yes or no,” explained one. “So I guess it makes you unmanly if you don’t want to have sex.”

Another added: “When a girl comes on to you, you’re just like ‘OK, I’ll accept this’ because that almost never happens … that was a lot of why I went ahead with it.”

“I even said ‘thank you’ afterwards even though I didn’t really want to have sex,” one said. “I was still playing the role of someone who wanted to be in that moment … I didn’t want to give off any impressions of weirdness.”

There was little talk of uncontrollable biological urges, or powerful female seductresses. Instead, many described having unwanted sex in order to project an image and to take advantage of a sexual opportunity. They worried that saying “no” to sex might be strange, immature, offensive or emasculating. A looming fear was ridicule, and they didn’t want to be talked about as the kind of man who rejects sex with an attractive woman, lest others might see them as a “virgin,” an “idiot” or someone who’s “gay.”

It’s worth noting that these words are very different from the kinds of insults – “tease,” “prude” – directed at women who say “no” to sex. The male ones tend to revolve around ideas of emasculation, while the female ones are centered around someone who stops or hinders sex.

Although this study was narrowly focused on the experiences of straight men, I don’t want to equate their experiences of unwanted sex with those of women who have been sexual assaulted.

But I do think it’s important to understand how and why it happens. And it does make me wonder if it’s a missing piece in the overall debate over sex in our culture.

What makes some men feel like they can’t communicate their desires? Where do the insecurities and fears come from?

Then there are the men who not only report unwanted sex, but also say they’ve been assaulted. Will more of them start to come forward in the coming months?

Or – like many of the men who don’t say “no” – will fear of ridicule hold them back? 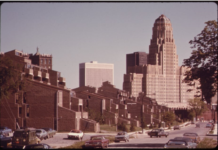 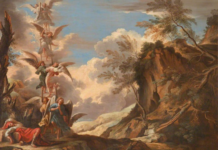 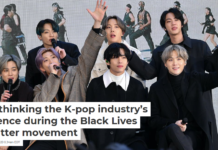 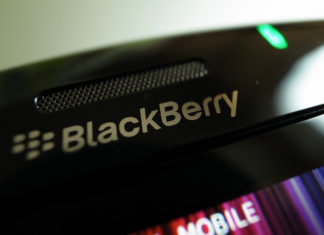 Staff Writer - March 15, 2015
By Nigel Linge, University of Salford BlackBerry, once the must-have device for the sweaty palms of executives and wannabe executives everywhere, has seen its global...