Amazon’s announcement that it will invest US$700 million to retrain 100,000 employees – a third of its U.S. workforce – in new technologies is the latest reminder that the much-heralded future of work is well underway.

Policymakers, analysts and scholars trying to discern the retailer’s motives and objectives chalked it up to a public relations move or the natural result of a tight labor market. Others deemed it standard retraining and investment.

Lost in the reaction, however, is what it means for the rest of us workers. As an expert in technology disruption, I believe the main message in Amazon’s announcement is clear and indisputable: The jobs of tomorrow will require at least some competency in the STEM fields – science, technology, engineering and math.

But do we want to leave it to companies like Amazon to take the lead in making sure we’re ready?

Amazon offered, in painstaking detail, its rationale for the retraining initiative. Drawing on its own employment data, as well as publicly available labor data, Amazon revealed the fastest-growing technical and non-technical jobs at the company over the past five years.

The technical jobs were what you might expect, such as data scientist and network development engineer. What intrigued me most, however, were the job descriptions of the supposedly non-technical positions it highlighted, such as program manager, business analyst and marketing professional. These jobs now require a breathtaking degree of fluency in STEM skills.

Ten years ago, for example, a young individual might have secured a job at an Amazon shipping facility based on physical skills alone or in human resources with a simple undergraduate degree. Today, those same jobs require understanding how to work with a robot to move around packages efficiently or use artificial intelligence to sift through resumes.

No industry is immune

The blurring of technical and non-technical jobs signals a dramatic shift for the entire workforce and will change the basic structure and nature of work.

In the past, the narrative was that STEM jobs offered a more lucrative career path. Now, every job is a STEM job, from brick laying and nursing to radiology and house painting. You will be hard pressed to find a job in the coming decades that won’t work with a robot or AI or even have one as a manager.

One of the fastest-growing areas, in fact, is human robot interaction and the development of collaborative robots known as co-bots. The point being, humans lucky enough to avoid getting displaced by an AI-powered robot will still need to demonstrate the ability to work alongside or under it.

As with past industrial revolutions, the future of work – also known as “industry 4.0” – is being driven by technology disruption in the form of automation, big data, internet of things, artificial intelligence, blockchain, drones and 5G. Business leaders anticipate that a skills mismatch will rapidly emerge in the next few years, particularly relative to automation and artificial intelligence.

While the application of these technologies will be more pronounced in certain sectors, one thing is certain: No industry will be immune. Technical fluency is now a baseline qualification, and those without it risk being left behind.

The role of higher ed

Who should be responsible for ensuring the workforce is prepared for these challenges?

Amazon’s answer, essentially, is “we’ll take care of it.” One of the more telling aspects of Amazon’s announcement was that it plans to use its own programs to retrain employees, such as Amazon Technical Academy and Machine Learning University.

There was no mention of universities and colleges. Other companies, such as Google, similarly say they are relying on partners outside of traditional academia to support their training needs.

While corporate universities are hardly a new development, I believe the coming labor market challenge requires higher education to get in the game.

The problem is, at present, higher education is designed for the last industrial revolution, not the current one. Universities and colleges deliver degrees at a glacial pace. The average completion time for a bachelor degree is five years. That’s too slow.

Imagine a young computer science major entering a college this fall and graduating in 2024 – at which point researchers expect AI to be capable of coding in complex computer languages like Python. By the time she graduates, not only will she be competing against humans for jobs, but she’ll also be going up against a more efficient and cheaper AI bot.

Higher education needs to become more adaptive and innovative. If it doesn’t, industry will continue to take the lead on its own.

The question then becomes, do we want corporate training programs to be the basis of participation in the future of work and the only way for workers to get up to speed?

With well-founded concerns that organizations like Amazon represent a growing monopolistic threat, I don’t think we want these organizations to dominate education as well. Or to focus retraining efforts in ways that are likely to only suit a company’s short-term business needs.

Industry should play a part, but higher education needs to be the foundation. 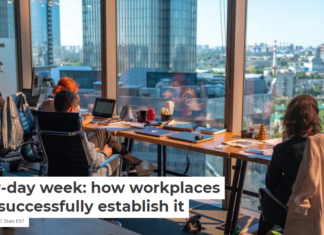 Surveillance is pervasive: Yes, you are being watched, even if no...

Why are drug names so long and complicated? A pharmacist explains...