We know that introduced predators such as foxes and cats are one of the greatest threats to Australia’s wildlife, but what is the best way to control them?

Many Australian ecologists argue dingoes are part of the solution, thanks to their ability to control numbers of feral predators. It’s a controversial idea, but one that receives support from new research on North American wolves.

Through a project funded by the Australian-American Fulbright Commission, we’ve been doing research to better understand the role of dingoes in Australian ecosystems, by looking at wolves in North America. The results were published this week in the Journal of Animal Ecology.

Wolves were virtually exterminated from the all the mainland United States (except Alaska) over the past two centuries, as part of predator control programs.

But wolves were reintroduced to Yellowstone National Park and surrounding areas in 1995-1996 under provisions of the US Endangered Species Act (which requires the restoration of endangered species that have been eliminated where possible).

Numerous studies of the Yellowstone wolves have shown that they quickly made an impact on the park ecosystem, mostly by reducing the numbers of their prey.

But as wolves recolonise new areas of the United States we’re also interested in how wolves interact with other predators, in particular coyotes and red foxes.

We hypothesised that wolves would reduce coyote numbers, because they are larger predators. But coyotes also reduce fox numbers, so we expected that wherever wolves are present there should be more foxes than coyotes.

To explore these interactions, we analysed coyote and red fox fur trapping data across North America in areas with and without wolves.

Who is the top dog?

When wolves are around, there are plenty of foxes.
Kelly Colgan Azar/Flickr, CC BY-ND

In Alaska, Yukon and the NW Territories, wolves, coyotes and red foxes have co-existed since the early 1900s. We now know from the fur-trapping records that coyotes never outnumbered foxes in these areas where wolves also live.

The records in areas without wolves tell a different story.

As wolves were extirpated throughout much of the lower 48 United States, coyotes dramatically expanded their historical distribution. By the 1970s, coyotes dispersed from the middle of the United States all the way to Maine and New Brunswick and finally to Nova Scotia by the 1980s.

Even though coyotes only recently colonised Maine, New Brunswick and Nova Scotia, the fur return data suggest that it only took 20-30 years for coyotes outnumber red foxes in the absence of wolves.

These results support the hypothesis that wolves can have a strong impact on smaller predators down the food chain. The results also show when wolves were exterminated across much of the United States, it caused a continent wide shift in the balance between coyotes and red foxes.

Saskatchewan and Manitoba show what happens when wolves and coyotes meet.
Thomas Newsome

We also wanted to know what happens when wolves and coyotes meet.

To do this we analysed fur trapping records from Saskatchewan and Manitoba in central Canada. Wolves are found in both provinces, but are absent in the south. The provinces are therefore a perfect place to see how wolves interact with coyotes.

However, in between is a 200 kilometre “transition zone” where too few wolves are present to tip the balance between coyotes and red foxes.

If wolves reduce coyote numbers it may help a suite of species that are potentially threatened by coyotes such as pygmy rabbits and snowshoe hares. The expansion of wolves may also prove good for montane red foxes that have declined in the presence of coyotes.

But the results in Canada demonstrate that wolves may need to spread over large ranges, and at high numbers, before they have a chance to control coyotes.

This magic combination is known as an “ecologically effective density” of wolves, and prior to our study we knew very little about how many wolves are needed to control coyotes.

What this means for Australian dingoes

In Australia, dingoes often play the same “top dog” role as wolves in our ecosystems. And foxes, when dingoes disappear, often increase in the same way that coyotes do in the absence of wolves, with dire implications for our threatened native wildlife.

But our study shows that top predators such as dingoes won’t be able to control lower order predators (such as foxes) if they are found in low numbers, and spread out over large areas.

This presents a major dilemma, because humans have had a large impact on the distribution of dingoes, largely through exclusion fencing and pest management on farms where dingoes are synonymous with livestock predation. Dingoes also frequently come into conflict with people around some tourist and mining activities.

Is there a solution?

We need a strategy that will help humans coexist with dingoes. This is challenging, particularly when dingoes pose a serious threat to human enterprises such as the livestock industry.

The use of guardian animals to protect livestock is promising, but we still need to know whether this strategy can work over large spatial areas.

Another possible option is to compensate farmers for stock-losses attributable to dingo attacks. This could be modelled on systems in the United States that provide compensation for wolf damage to reduce conflicts. But such schemes must include compensation for both direct (stock losses) and indirect (the effect of predation on the health of livestock) impacts, which are difficult to measure.

If dingoes continue to be controlled in the way they are now, we may never get a chance to see their true strength in controlling foxes and cats, and protecting Australia’s native wildlife.

William Ripple does not work for, consult to, own shares in or receive funding from any company or organisation that would benefit from this article, and has no relevant affiliations. 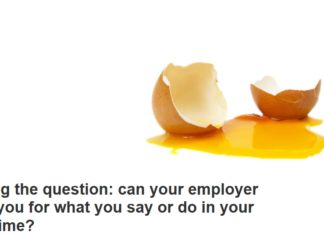 Heart rate variability – what to know about this biometric most...

How the tampon shortage is exacerbating period poverty in the US