The open enrollment period for the Affordable Care Act (ACA) draws to a close on Dec. 15. Yet, recent assaults on the ACA by the Trump administration stand in marked contrast to efforts to expand access to health care and medicine in the rest of the world. In fact, on Dec. 12, the world observed Universal Coverage Day, a day celebrated by the United Nations to commemorate passage of a momentous, unanimous U.N. General Assembly resolution in support of universal health coverage in 2012.

While the U.N. measure was nonbinding and did not commit U.N. member states to adopt universal health care, many global health experts viewed it as an achievement of extraordinary symbolic importance, as it drew attention to the importance of providing access to quality health care services, medicines and financial protection for all.

Co-sponsored by 90 member states, the declaration shined a light on the profound effect that expansion of health care coverage has had on the lives of ordinary people in parts of the world with far fewer resources than the U.S., including Thailand, Mexico and Ghana. Can the U.S. learn anything from these countries’ efforts?

US and Thailand: A study in contrasts

I came to understand these changes as I researched and wrote my book, “Achieving Access: Professional Movements and the Politics of Health Universalism.” The book offers a comparative and historical take on the politics of universal health care and AIDS treatment, featuring Thailand as the primary case. For me, Thailand’s remarkable achievements also put into perspective some of the work we still have to do here in the United States with respect to health reform.

Before the reform, Thailand had four different state health insurance schemes, which collectively covered about 70 percent of the population. The reform in 2002 consolidated two of those programs and extended coverage to everyone who did not already receive coverage through the country’s health insurance programs for civil servants and formal sector workers.

Thailand’s universal coverage policy contributed to rising life expectancy, decreased mortality among infants and children, and a leveling of the historical health disparities between rich and poor regions of the country. The number of people being impoverished by health care payments also declined dramatically, particularly among the poor.

However, Thailand’s reform had other important consequences that aimed to make the reform sustainable as well. Sensible financing and gatekeeping arrangements – that tied patients to a medical home near where they lived and provided fixed annual payments for physicians to cover outpatient care – were instituted to curb the kind of cost escalation that has historically been a hallmark of the United States (though it has slowed lately). The reform also improved the quality of care for patients in remote areas by mandating that qualified providers in community hospitals collaborate more extensively with rural health centers.

The United States, by contrast, seems to be moving in the opposite direction, both in terms of insurance coverage and health outcomes. Although recent Republican efforts to repeal the Affordable Care Act were narrowly defeated, lawsuits that aim to terminate popular pre-existing conditions protections continue. In addition, the Trump administration has sought to weaken the reform in other ways: including by cutting the open enrollment periods, which ends Dec. 15 and lasts 45 days; cutting outreach and advertising for open enrollment; and threatening to suspend risk adjustment payments to private insurers, which help to stabilize the market.

Moreover, effective repeal of the Affordable Care Act’s individual mandate through a provision in the 2017 Tax Reconciliation Act that reduces the penalty for not having insurance to zero in 2019 will have the effect of reducing the number of insured. This will have an effect on health insurance markets, likely reducing the number of younger and healthier people that help give balance to health insurance risk pools and that help keep overall costs down. And without the financial protection afforded by health insurance, those who are uninsured may face rising rates of medical bankruptcy, to say nothing for the loss of access to sorely needed medical care.

To be sure, the Thai and American contexts are very, very different. While health spending stands at around 4 percent of GDP in Thailand, in America nearly 20 percent, or one-fifth, of the country’s total economic output is spent on health. Yet, in some ways, that makes Thailand’s achievement all the more remarkable. And while no program is perfect, Thailand’s reform is one of the reasons that health costs in Thailand have remained so low, despite such a dramatic increase in coverage.

Reformers also drew on other innovative policy instruments to keep costs down, including the Government Pharmaceutical Organization that produces generic medication for the universal coverage program and the use of compulsory licenses, which allow governments to produce or import generic versions of patented medication under WTO law.

The Affordable Care Act similarly sought to improve access, while curbing costs. Some of the most important mechanisms to curb costs fell victim to the legislative process however. Most notably, lobbyists succeeded in killing the “public option,” a government (as opposed to private) health insurer with much lower administrative costs that aimed to bring costs down among private health insurers through competition with them.

What the contrast makes clear, however, is that reforms done properly can expand access while at the same time instituting measures that help to contain costs. The U.S., in my view, should pursue similarly creative and constructive reforms that seek to do both.

What does that look like in the United States? To me, that means preserving the ACA’s individual mandate and protections related to pre-existing conditions; creating (or expanding) a public insurer like Medicare to compete alongside private insurers and keep costs down; addressing the lack of price transparency in our nation’s hospitals; and actively negotiating with pharmaceutical companies and hospitals to bring costs of drugs and health care down for millions.

Done sensibly, developing nations like Thailand are proving that they do not have to join the ranks of the world’s wealthiest nations for their citizens to enjoy access to health care and medicine. Using evidence-based decision-making, even expensive benefits, like dialysis, heart surgery and chemotherapy, need not remain out of reach. Policymakers in all countries can institute reforms using tools that promote cost savings at the same time they improve access and equity.

While efforts to implement universal coverage are not without challenges, these results suggest that leaders in Congress would do well to learn from countries like Thailand as they chart a fiscally responsible path forward on health care. 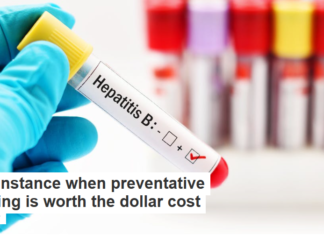 Staff Writer - July 20, 2018
David Hutton, University of Michigan Very few people know about hepatitis B, the so-called silent killer, and the billions of dollars it costs the U.S....