For years, apparel brands have promised to police their supply chains to root out unsafe conditions and worker abuse. But new research from Cornell University’s School of Industrial and Labor Relations found a variety of problems in their efforts. For example, much of the information given to the auditors who inspect factories was inaccurate, particularly in China and India.

More than half of the 31,652 factory audits conducted in those two countries over a seven-year period were based on falsified or unreliable information. The unreliable audits showed laborers working fewer hours per week and suggested much higher compliance with local wage laws than the more reliable audits. In one instance, labor audits of the same supplier by the same auditing firm in the same time period produced very different judgments.

The share of inaccurate audits was lower in the other 11 countries in the study, but still the average unreliability of all 40,458 audits examined was about 45%.

How we do our work

Our team spent two years building trust with apparel companies, suppliers and other groups and persuading them to let us analyze their data. In exchange, we signed nondisclosure agreements that allowed us to work with unique, massive data sets never before available to researchers, making it possible to see the inner workings of large-scale labor compliance programs and help us measure their impacts. The institutions were more willing to share data knowing it was anonymous and that our analysis could potentially benefit the industry as a whole.

A clearer picture begins with getting more reliable information. A recent analysis in Vox shows how bad data on the fashion industry’s environmental impacts distorts efforts to change them. Getting reliable data for labor compliance means that buyers and brands must invest in intelligence from workers, unions and bona fide due diligence.

Our research shows why a mandatory system of due diligence – rather than the current voluntary one – may be necessary to fix the problem. The European Commission, for example, is considering a proposal that would require apparel, food and mining companies, among others, to implement human rights due diligence and accountability along their global supply chains and report publicly about their efforts.

But better reporting by itself won’t solve the problem. We believe workers and unions need to play a bigger role. A separate Cornell analysis found that compliance with safety and labor laws increases significantly when workers are able to bargain with managers over working conditions. And unions may get a stronger voice as part of a new agreement with governments and brands like Adidas and H&M aimed at protecting the garment industry and its workers from a drop in demand due to the coronavirus recession. 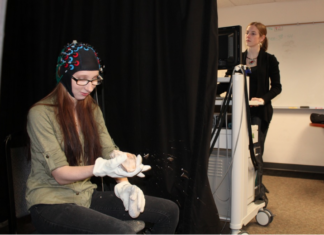 Staff Writer - May 9, 2017
Shelby Putt, Indiana University How did humans get to be so smart, and when did this happen? To untangle this question, we need...

How to transform workers’ campaign rage into better jobs and wages