The National Security Agency’s eavesdropping on Chancellor Angela Merkel’s phone calls. The United States Postal Service’s computers recording names and addresses on selected mail. The Obama Administration bypassing the White House press corps and reaching the public directly through YouTube, Facebook, and Twitter. It’s a new world – or is it?

In fact, Americans should be getting ready to celebrate the one-hundred-year anniversary of the federal government’s systematic collection, suppression, and manipulation of news and information, a groundbreaking change initiated by the administration of President Woodrow Wilson.

With the mid-term election just over and President Obama beginning his last lap in the White House, this is a centenary worthy of reflection.

On the face of it, Woodrow Wilson and Barack Obama don’t have a lot in common. For one thing, Wilson’s administration promoted racial segregation in Washington. But in other ways they are strikingly similar.

Each rose improbably quickly to the presidency. Wilson went from the presidency of Princeton to the governorship of New Jersey, a post he held for only two years before winning the White House. Obama was an Illinois state senator for seven years but did not complete his US Senate term on Capitol Hill before moving to the other end of Pennsylvania Avenue.

Like Obama, Wilson preferred the company of family and friends to that of politicians. Obama’s decision-making style is calm and deliberative. Wilson, as journalist David Lawrence noted at the time, “liked to mull over problems, especially to make sure of the facts.” In Wilson’s own words, he was “diligently trying not to make any colossal blunders.”

Both men promised government transparency at the beginning of their presidencies and then reneged.

Shortly after his first inauguration, President Obama committed his administration to “an unprecedented level of openness in Government” and directed executive departments and agencies to comply with those principles.

Beginning with his run for governor of New Jersey, Wilson promised “pitiless publicity,” by which he meant relentless efforts to give the public the facts it needed to understand issues. As president he instituted, for the first time, semi-weekly press conferences. Very soon, however, the joke in Washington was that Wilson had “pitiful publicity.”

Wilson had no enthusiasm for the give-and-take of press conferences. He preferred his study, where he could think alone, and the rostrum, where he could project grand ideas with his powerful oratory. He told his confidant, Colonel Edward House, that lying was justified when it involved the honor of a woman and “when newspaper men asked questions that involved his foreign policy.”

When a AP reporter Arthur Sweetser complained about the administration’s misleading statements regarding its initiative to end the world war in 1916, the secretary of state retorted that the subject was none of the public’s business.

One year later, with United States’ entry into the war, Wilson suspended press conferences altogether and established the Committee on Public Information, the first systematic effort by the federal government to shape what people at home and abroad thought.

The Committee for Public Information

The CPI was made up of well-meaning progressives – many of them muckraking journalists – who earnestly pledged to provide facts, but fell into the trap that propagandists routinely do.

In their zeal to lead people to the “right” opinions they used their power in undemocratic ways, for instance appealing to emotions with posters that fomented hatred for the Germans, bribing editors abroad to run stories that supported the Allied line, pressuring editors who seemed to step out of line, and outright suppression of publications that went through the mail. The head of the CPI, George Creel, sought to keep details about the processes of postal censorship from the public, as my research through his papers have revealed.

Shades of all this can be found in the Obama administration.

Creel’s inclination to withhold basic information about censorship of mail, for instance, was echoed in testimony by national intelligence director James Clapper.

Clapper denied the National Security Agency wittingly collected information on millions of Americans, only to retract that statement later. He said he had tried to speak in the “least untruthful manner” he thought appropriate.

President Wilson’s State Department limited the ability of its staff to meet with reporters. The Obama administration has expanded this concept to include officials in many agencies. Lie-detector tests of government officials have become commonplace in the wake of leaks, as various officials have complained to me in interviews.

The president promised to be more responsive to requests under the Freedom of Information Act, but an AP investigation found increases in the number of denials and heavier censorship of the materials that were turned over.

As for press conferences, President Obama has averaged 30 percent fewer per month than the average of his three predecessors. Like Wilson, he has preferred softball one-on-one interviews to questioning by seasoned reporters.

What, then, are the lessons President Obama should consider as he ponders how to finish the last two years of his administration?

Wilson, who expanded the presidency into the powerful office it is today, did not, it seems clear, appreciate that an essential requirement of modern democratic government is to engage the press constructively. His unwillingness to do so, said journalist and longtime supporter James Kerney, set “the tides of sentiment against him at the time when he needed support most.” This was especially so when the president sought to win Senate approval for the League of Nations and failed.

Wartime laws and wartime habits of suppressing news and information led to civil liberty abuses during the anti-Bolshevik hysteria at the end of the Great War. Woodrow Wilson may have been an idealist but, as the great constitutional scholar Zechariah Chafee, Jr. commented, he allowed “his officers without reproach to censor and raid and arrest as they chose.”

The ease with which World War I led to undemocratic practices should remind us of the dangers that lie in our current prolonged war against global terrorism.

As history shows, presidents’ legacies are brighter – and the country better off – when they practice the open-government principles they enunciated on their way to the White House.

John Maxwell Hamilton does not work for, consult to, own shares in or receive funding from any company or organisation that would benefit from this article, and has no relevant affiliations. 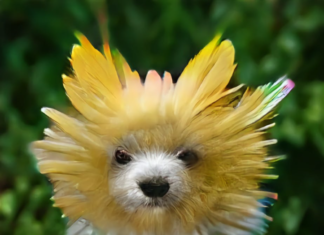 Staff Writer - March 7, 2019
Aaron Hertzmann, University of Washington Over the past few years, many artists have started to use what’s called “neural network software” to create works of...