Politics can predict the TV shows we watch, the shops we frequent and the places we live.

But what about the way we speak?

In a recent study, I was able to show how your political orientation can influence how you pronounce certain words.

How members of America’s two parties view the country – and its place in the world – might explain this phenomenon.

A tale of two presidents

You may have noticed President Donald Trump has a unique way of saying the names of foreign places.

At the other end of the spectrum, President Barack Obama was a “stickler” for saying foreign words in a way that more closely mimicked the pronunciation of native speakers. He was even thanked for it: Pakistanis reportedly expressed appreciation to the White House for his pronunciation of “Pakistan” as “pock-ee-stahn,” rather than using a pronunciation like “pack-iss-stan.”

In my study, I had participants read random sentences out loud, some of which included the names of foreign places, and others that included English words borrowed from foreign languages.

Then I asked them questions about their political identities, views and opinions. I compared their responses to these questions with their pronunciations.

I found that, when compared with Republicans, Democrats are more likely to pronounce

In each case, Democrats pronounced the words in ways that mimicked the way native speakers would say them. For example, pronouncing “spiel” – which comes from German – as “shpeel” more closely replicates how the word is said in Germany.

Why does this happen and why does it matter?

Today’s Republicans and conservatives tend to align more strongly with an ideology of nationalism.

This term has been used more in political discourse over the past few years, often in ways that aren’t clearly defined.

In social psychology, however, this ideological bent can have multiple dimensions.

Someone who’s more “ardently nationalist” might believe that diversity makes it more difficult for a nation to have a shared identity. They’re also more likely to believe their nation is superior to others.

Democrats are less likely than Republicans to identify as ardently nationalist. Someone who’s less nationalistic also tends to have more interest or willingness to interact with foreign people, places or cultures.

This difference may explain the political pronunciation pattern: In my study, Democrats usually scored lower on a nationalism scale. And this score correlated with speakers’ pronunciations, too.

So Democrats are often more receptive and accommodating to foreign people and cultures. And the way they pronounce foreign words reflects this attitude.

In cognitive linguistics research, we see this pattern a lot: People tend to speak more like others when they have more positive attitudes toward them.

Perhaps that’s why Obama was thanked for pronouncing “Pakistan” more like how Pakistanis do. It wasn’t for anything specifically political. The Pakistanis simply reacted in the way someone who hears their name spelled or pronounced the way they prefer would react; they heard it as a sign of respect. 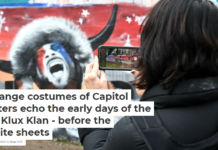 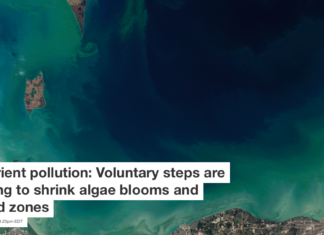 Staff Writer - July 31, 2017
Donald Scavia, University of Michigan Summer is the season for harmful algae blooms in many U.S. lakes and bays. They occur when water bodies become...