By Dominic Sagoe, University of Bergen

The use of anabolic steroids has been associated primarily with men. But over the past few decades, we’ve been discovering more about different groups who use these drugs – including women and younger men – and why.

With 3.3% of the world’s population having used anabolic steroids at least once – a figure so high that their use has to be considered a serious global public health problem – we wanted to learn more about the experiences that lead people to use.

In a recent analysis, published in Substance Abuse Treatment, Prevention, and Policy, we gathered together information from qualitative studies featuring interviews with users, focus group discussion and case reports. Our findings provide a tapestry of use from the age of 14 – the youngest person we found to be using anabolic steroids – to the oldest, who was 54. However, most studies report that the majority of users start before the age of 30.

Looking at the characteristics and history of people who start using anabolic steroids, most participated in sports – especially power sports like weightlifting and bodybuilding – had family and relationship problems, and psychological issues such as depression, negative self-image and body dissatisfaction. Many had abused other substances before they began using anabolic steroids.

The most prominent feature in using anabolic steroids for the first time is participation in power sports – both recreational and competitive – because they help users bulk up muscle. Our study showed that for some, the use of anabolic steroids can begin less than a year after they take up the sport. Many also reported giving into pressure because coaches and officials didn’t question how other teammates or competitors gained unusually huge muscles and strength.

But sport isn’t only to blame. Many persons also reported psychological and social problems before using anabolic steroids. These included depression, poor self-esteem, eating disorders, problems with parents or poor social support, and some even reported use following bullying, rape, or divorce. One study that investigated weightlifting and anabolic steroid use among female rape victims, found five women who had previously thought anabolic steroid users were “weak” but later felt the need to use them to bulk up to give themselves a stronger sense of physical security, which they felt they couldn’t achieve without help from steroids.

Low self-esteem and body issues may explain why most users reported first using anabolic steroids to enhance their appearance or body image, gain more muscles or strength, as well as improving sports performance. This could also be related to some reporting using these drugs to be more successful in finding partners or to enhance their love life.

Many people had also experimented with, or were regular users of, other licit and illicit substances such as alcohol, heroin, tobacco, marijuana, cocaine, and amphetamine before moving on to anabolic steroids. For instance, some heroin users indicated they started using anabolic steroids to deal with the weight loss resulting from heroin use. It was also a surprise to learn that some drug users were introduced to and started using anabolic steroids while receiving treatment for use of other drugs at addiction clinics.

In the studies we looked out, we found some people also started using anabolic steroids to enhance their performance at work. These were mainly in jobs that required some kind of enhanced appearance or muscularity, like modelling and security work– for example club doormen, police, and soldiers. Some even said anabolic steroids were an indispensable ingredient for success in their line of work.

For some, but not all, social pressure such as media influence, peer influence, and sport or social norms also emerged as an important driver behind anabolic steroid use.

Many users were aware of the long-term consequences of anabolic steroid use. Prior to starting, many sought information from various sources including health practitioners but nevertheless went ahead. Motives can also change with time. Some people start using anabolic steroids to enhance their muscle or strength and later move on to use for other reasons such as overcoming psychological problems.

Most users first obtain anabolic steroids from a strong illicit trade, not just from the internet and dealers, but from coaches, and even clinicians or health workers (doctors, pharmacists, and veterinarians). Friends or teammates, gym employees and relatives, were also sources. However, in the most recent studies we looked at, the only sources of anabolic steroids were the illicit market, relatives, and friends. This may be due to the growing illegality of these drugs since the 1990s. Nevertheless, the relatively easy availability of both legal and illegal substances, means that better interventions will need to be found to avert more people from using them.

Dominic Sagoe does not work for, consult to, own shares in or receive funding from any company or organisation that would benefit from this article, and has no relevant affiliations. 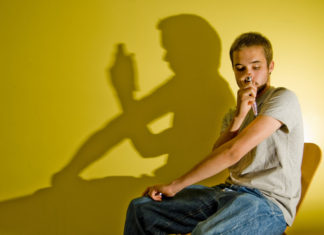 Staff Writer - May 21, 2015
Kathleen Gillespie, University of Bristol Young British men have a problem with diabetes. Recent studies have highlighted that death rates from type 1 diabetes in...