By Rebecca Slack, University of Sheffield

How do you decide if you can trust someone? Is it based on their handshake, the way they look you in the eye, or perhaps their body language?

We know that what someone wears has an effect on our trust in them. If you happen to be a doctor, 76% of us will favour you if you wear the white coat, compared to only 10% if you happen to just pop out in your surgical scrubs. Labels matter too. In one test, four times as many people were willing to stop and answer a survey on one day compared to another. The difference? Whether or not the interviewer had a designer label on their sweatshirt. But what if you had to decide whether or not to trust someone without knowing the gear they were togged up in? Without knowing anything about them at all?

When people fall victim to fraud, often it is because they have decided to trust a stranger. In mass-marketing fraud (known widely as the 419 scam or advance fee fraud, an unsolicited e-mail contact offers false promises or information designed to con you out of money. You may have already received an e-mail from, for example, a Nigerian prince who desperately needs your bank details in order to move some money out of the country fast. Phishing fraud, where links in carefully crafted, apparently legitimate emails redirect users to a different server, into which they are persuaded to enter usernames, passwords or bank account details, cost the UK £405.8m in 2012, according to RSA Security.

But what makes some people laugh and delete immediately, while others are curious enough to find out more?

A recent study led by Tim Hahn from Goethe University in Frankfurt examined people’s initial levels of trust when co-operating with an unknown partner.

Sixty participants were asked to play the trust game, an extension of an experimental economics game called the dictator game for which the participants were put into pairs. Player one was given an initial amount of hypothetical “money” that they could choose whether or not to gamble with. The gamble was this: they could give their money to the stranger they were paired with, player two, and anything they gave would be tripled. Player two could then choose to give some of this money back to Player one, and again, anything they returned would be tripled – or player two could choose to keep it all.

In theory then, the more generous you are in the beginning, the richer you could become by the end. To make it more exciting, the players were told that at the end of the trust game, this notional money would be converted into real hard cash.

As player one, how much would you give away to a complete stranger? Well if you happen to have an electroencephalograph (EEG) handy, you can find out without ever needing to play. An EEG records your brain activity by measuring the electrical pulses generated by the brain’s cells through a series of electrodes placed on your scalp. In this study, the researchers found that they could predict the amount of money the initial player would trust to the stranger purely based on the activity recorded by the EEG.

A state of trust

But what makes this finding even more interesting is that the EEG recording was taken several minutes before the trust game began. At this point, the staff running the experiment had not asked the participants to think about the game of trust. What the EEG recorded was the resting state of the participants’ brains when not involved in tasks – relatively calm – rather than the heightened activity associated with performing mental or physical tasks.

Resting state brain activity is thought to be relatively stable over time. So the fact that the experimenters were able to predict the investment that player one would make to the stranger, player two, was purely based on this resting state activity. And it shows that initial levels of trust may be determined by an underlying pattern of brain activity.

So, returning to those who have unfortunately answered our Nigerian prince, or foreign businessman, or even opened the door to a man “from the electricity board”, what this study perhaps indicates is that, regardless of the contents of the email or how convincing the con is, we are already subject to an unconscious bias as to whether or not we will trust that stranger.

Not only are some of us physically more inclined to trust strangers than others, but that susceptibility can be determined by any unscrupulous character who happens to have an EEG scanner to hand.

Rebecca Slack is affiliated with @Shef_NeuroGirls. 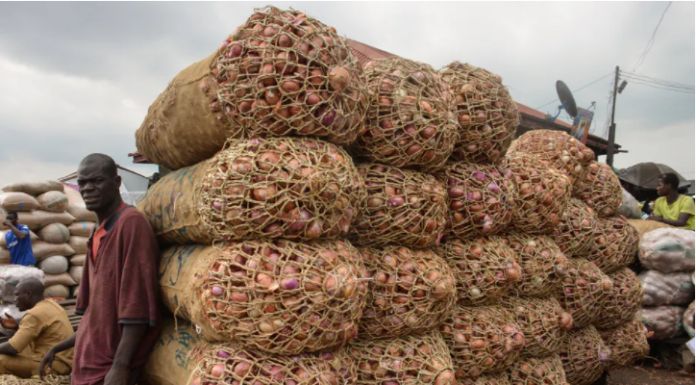