As the directors of Oldham Athletic football club consider their options over the possible hiring of Ched Evans, the case of the convicted rapist trying to go back to work has thr own up a catalogue of questions around employment law, morality and responsibility. Ultimately, though, the motivating factor behind any return to football is likely to be far more prosaic.

On October 17 last year, Evans was released from prison having served half of a five-year sentence for the rape of a 19-year-old woman in a hotel in May 2011. At the time of his conviction, Evans was a professional footballer employed by Sheffield United. Since his release, the former Manchester City trainee has sought to return to the game.

For Oldham, the intensity of the response to their expression of interest in signing Evans has come as a shock. More than 20,000 people have signed an online petition urging the club to not employ him. A director of one of Oldham’s main sponsors has been quoted as saying that if the club sign Evans, “we will be out of the door”.

Just prior to his release in October, Evans’ previous club Sheffield United admitted that talks had taken place about a possible return to the club. In a pattern similar to that now seen at Oldham, local MPs, such as the deputy prime minister, Nick Clegg, urged the club to reconsider, while sponsors threatened to end their commercial association with the Blades. An online petition was supported by more than 150,000 signatures demanding that Sheffield United not take Evans back. When Olympic champion and local hero Jessica Ennis-Hill took a stand the pressure ramped up and within a week, United had retracted the offer for Evans to train at the club.

In retracting that offer Sheffield United said it had done so following consultation with supporters, officials, staff and sponsors. The club would also have consulted its legal advisers.

The legal position on Evans is actually pretty clear. He is prevented from doing particular jobs known as “regulated activity” and typically jobs such as teaching, social work or health care that would involve working with children or vulnerable adults. Other employment opportunities, such as professional football, are available to him – as long as he can find someone to hire him.

However, any employment contract with Evans would be a little unusual and would have to reflect the fact that he has been released on license. This means that both Evans and any employing club would have to have regular meetings with the probation service. Even then, special conditions might apply to his contract and he may be banned from certain places and working near certain people.

This last point raises difficult employment issues in the sense that an employing club has a duty of care to its existing employees who, particularly if female, might be uncomfortable working with Evans in their capacity as, for example, the club’s physiotherapist, psychologist or administrator.

And if Oldham were to go ahead with the signing, they would have to come to terms with the fact that they would be employing a sex offender. Evans, as with any sex offender punished with a two-and-a-half year jail sentence, is automatically on the Sex Offenders Register where he will remain for at least 15 years.

That means that Evans has to report to the police every year giving information about foreign travel, bank details and if he has a person under 18 in his house. More specifically, if he wants to travel abroad, he needs the permission of his probation officer. These conditions, as the Ministry of Justice recently confirmed, mean that, in effect, Evans is unlikely to able to work abroad despite an expression of interest from a club in Malta.

Ultimately however if a club in England and Wales wishes to sign Evans then, subject to probation, there is no bar on his return to football. And for many, the principle of rehabilitation must apply, or as Hartlepool manager Ronnie Moore said on December 20 when it appeared his club might sign Evans: “He served his time and the boy wants to play football”.

As Oldham ponder whether to take on Evans, three aspects are noteworthy. First, for many the issues for football surrounding Ched Evans are not legal but more moral or ethical in nature. Should footballers as role models be held to a higher standard that other employees? Or is that distinction unfair and should they simply be role models for what they do on the pitch rather than off it?

In addition, football has permitted the return of those previously convicted of serious crime including Lee Hughes who was sentenced to six years imprisonment for causing death by dangerous driving following a fatal crash in 2003. He returned to the professional game with Oldham Athletic after being released halfway through his sentence in August 2007. And what about Plymouth Argyle FC re-signing Luke McCormick in 2014, a player who had been jailed in 2008 for more than seven years after killing two young brothers in a drink driving crash?

The fact that Evans is still fighting his case has clearly helped to underpin support for the campaigns to stop both Sheffield United and Oldham signing the player. He is awaiting a review of his case by the Criminal Cases Review Commission – for which the success rate is as low as 2%. But it is also likely that the key to the Evans case is that there is more stigma attached to sex offenders.

Finally, as the victim of the May 2011 rape continues to live in hiding – and in a year when reported rape statistics went up 30% – the reality that must be confronted is that at some point Evans will return to football. After time, the only statistic a club is likely to look at is that Evans scored 48 goals in 113 games for his last employer Sheffield United. Sadly, in the end the debate on Ched Evans’ return to football is likely to be that shallow. 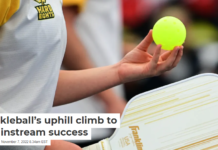 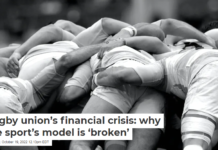 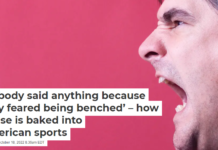 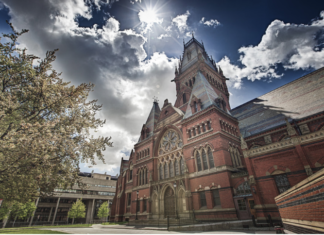 Staff Writer - February 12, 2017
Jimmy Volmink, Stellenbosch University In 2016 I had the privilege of visiting four leading universities abroad. At KU Leuven in Belgium, Oxford in the UK...