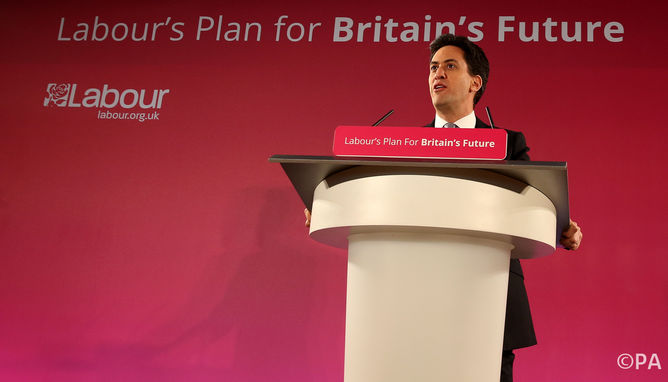 May’s general election is widely being viewed as one of the most unpredictable in living memory. Yet there is one prediction that can probably be safely made – the campaign in Scotland will be a very distinct affair.

Nothing illustrated this more clearly than the choreography of Labour’s campaign on Monday January 5. Ed Miliband, the UK party leader, launched his party’s UK campaign with a major televised speech at 11am that morning. Normally one would anticipate that nothing would be allowed that might possibly detract from the media publicity for such a crucial event.

Not so on this occasion. For at more or less exactly the same moment as Miliband stood up to give his speech, the newly elected leader of the party in Scotland, Jim Murphy, fired the starting gun of the campaign north of the border. Evidently the Scottish party was of the view that it was more important to convey its own message to Scots voters than to give free rein to the persuasive powers of its UK leader.

The lie of the land

Little wonder. Miliband does at least still enjoy a narrow lead in the UK-wide polls. He profits from continuing disillusion with the Liberal Democrats and from the UK Independence Party (UKIP)’s ability to snap at Tory heels. His main message on Monday was to warn us of the alleged dangers of another five years of Conservative-led government.

Murphy, in contrast, has inherited a party that is seemingly staring disaster in the face – not at the hands of the Tories but of a very different challenger, the Scottish National Party (SNP). Seven polls taken in the last couple of months or so have on average put the SNP on 46%, no less than 20 points ahead of Labour on 26%.

That represents no less than a 21% swing from Labour to the SNP since 2010 – when, in sharp contrast to the heavy defeat it suffered in England and Wales, the party actually strengthened its already dominant position in Scotland. If that swing were to be replicated across Scotland as a whole, the SNP would win 52 seats, compared with just six at present.

Labour would have just six seats, representing a net loss of 35, a reverse that could yet scupper Ed Miliband’s hopes of becoming the tenant of 10 Downing Street even if he does prove persuasive south of the border. Meanwhile, the SNP tide would also mean that the Liberal Democrats, on 5%, would be left with just one solitary Scottish outpost (ousting party finance supremo Danny Alexander along the way), while the Conservatives (15%) would once again find themselves bereft of any representation north of the border.

Why it may be as bad as it looks

These polling figures are being met with widespread incredulity. How, it is asked, can the SNP possibly make sweeping gains in a general election just eight months after decisively losing an independence referendum? Surely Scotland’s voters will follow up their rejection of the nationalist cause in September with support for the victorious unionist parties in May?

Such scepticism ignores three key features of the post-referendum landscape, features that between them help explain why Jim Murphy has such a tough challenge on his hands.

The first is how the SNP has reacted to the referendum defeat. Rather than falling out among themselves and blaming each other for losing the ballot, the party has held together. It has made the best of its position by stating that it is committed to fighting for the “devolution max” that it claims Scotland was promised by the No side in the referendum campaign’s dying days. Widespread scepticism about the unionist parties’ ability to deliver more devolution has ensured this has proven to be a sufficient rallying cry to keep much of the nationalist movement intact.

Second, the hurdle that confronts the SNP in a Westminster election is much lower than the one that faced the Yes side in the referendum. To win a referendum the Yes side had to win more than 50% of the vote. To win the vast bulk of Scotland’s seats at Westminster, the SNP simply needs to outpoll Labour by a substantial margin.

While the 45% of the vote that the Yes campaign won in the referendum meant defeat then, we already know that it can mean sweeping election success – when the SNP secured exactly the same share of the vote in the 2011 Scottish parliament election, it won 53 of Holyrood’s 73 constituency seats. There is thus every reason to believe that a similar SNP performance in May would have much the same impact.

That distinction seems to have almost entirely disappeared in voters’ minds. Over 90% now say they will vote in the Westminster election in May in exactly the same way as they would in a Holyrood election. For many on the Yes side at least, rather than being an election about the future government of the UK, May’s ballot is yet another chance to restate their belief in independence; over 80% of those who voted Yes in September are now backing the SNP.

Given that one in three of those who voted Labour in 2010 voted Yes in September, the dominant role that the constitutional issue has come to play in many voters’ minds is clearly to the party’s disadvantage – as Jim Murphy recognised in his appeal to Yes-supporting former Labour voters on Monday.

So the challenge facing Labour really is both different and much tougher north of the border. Its opponent is a nationalist movement in fine fettle, not a senior coalition partner desperately trying to find a message that might yet just enable it to scramble past a yet-distant winning line. It faces an electorate that continues to be preoccupied about the future of Scotland, and is much less concerned about the UK as whole. Maybe in the end the party will still prevail, but in the meantime expect much more in the way of a distinctive Scottish campaign – from all the parties. 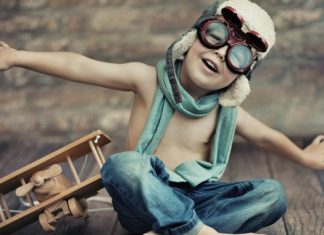 Staff Writer - November 3, 2014
By Aron Shlonsky, University of Melbourne and Robyn Mildon, Parenting Research Centre After a long period of expansion in the number of children living in...