Republicans have tirelessly campaigned to repeal and replace the Affordable Care Act (ACA) with a conservative, market-based approach to health care. Almost seven years after its passage, and with the election of a Republican president and Congress, the ACA appeared destined to be repealed and potentially replaced.

The House was scheduled to but did not vote on March 24 on that replacement, the American Health Care Act (AHCA). In the debate running up to the vote, a major sticking point was a relatively obscure, albeit important, component of the ACA called the Essential Health Benefit (EHB) provision.

These benefits are those deemed “essential” by the authors of the ACA. They include maternity and newborn care, prescription drugs, emergency services and hospitalization.

As a public policy professor, I have studied the EHB provision, their benefits and drawbacks, and how they fit into the overarching construct of the ACA. While there may be room to improve the EHB provision, I have no doubt that outright eliminating the essential health benefits provisions of the ACA would prove to be disastrous.

How the benefits came to be – and to be so loathed

The provision has, together with the individual mandate, long been a bane to conservatives and libertarians. Opponents of the ACA see the EHB as restricting consumer choice and artificially inflating the cost of insurance.

Nonetheless, the elimination of the EHB was initially not included in the Republican efforts to repeal the ACA. Indeed, it was added only when it became clear that the Republican leadership lacked the votes to pass the AHCA because of the recalcitrance of their most conservative members.

Prior to the ACA, it was up to each respective state to determine what benefits, called insurance mandates, had to be included in insurance plans. Not surprisingly, states differed widely in terms comprehensiveness required, and no specific benefit was deemed essential in all 50 states and Washington, D.C.

Even when essential services requirements were in place before the ACA, they were often fairly weak and allowed insurers to make coverage optional or to cap allowable benefits. This greatly affected what and how much care people had access to.

Thus, the EHB provisions were included in the ACA, for many reasons. First, the ACA was intended to provide coverage that offers viable protection against some of the most basic health care costs Americans experience.

Also, EHBs were designed to provide marketplace consumers with insurance coverage similar to the coverage of employer-sponsored insurance and Medicaid. It would not be a pared-back, bare-bones policy commonly available prior to the ACA.

Another goal was to empower consumers by helping them to compare different insurance plans in the insurance marketplaces. As all plans are required to provide the same basic services, insurers would be required to compete on a level playing field – and not by artificially reducing premiums by excluding essential services.

However, the inclusion of a minimum set of benefits also had technical reasons that are soundly based in health economics. As insurers are now required to accept all interested consumers, insurers with a more comprehensive benefit design would inevitably attract a disproportionate number of sick, and thus costly, individuals. Health economists refer to this process as adverse selection. As a result, premiums for these insurers would significantly increase. In response, insurers could either adjust their benefit design or exit the market.

Finally, the broad set of benefits was meant to attract a large, diverse pool of consumers who would jointly share risk and cost for the services covered under the EHB. By attracting a diverse set on consumers, insurers would not be disproportionately exposed to certain high-cost individuals and the overall insurance market would be stabilized.

By requiring insurers to compete on price and quality – and by not allowing them to utilize benefit design to discourage individuals to sign up for their plans – sicker individuals are more evenly spread among all insurers.

What would happen without them?

ACA opponents have argued these requirements restrict consumer choice and artificially inflate the cost of insurance. However, eliminating the EHB provisions would likely entail a variety of negative consequences for individual consumers, insurance market, and the broader health care system.

The difficulty for consumers to understand and navigate the health care and insurance system is well-documented. The EHB guarantee consumers that a certain set of basic services are included in their insurance and that they are covered in case of sickness. Without EHBs, insurance plans with different benefit designs and structures would likely proliferate. The amount of information would likely overwhelm most consumers and thus make the comparison of insurance plans virtually impossible.

More generally, the elimination of the EHB requirement could dramatically impact insurance markets across the country. No longer required to provide a certain minimum of benefits, insurers would successively reduce benefits (a race to the skimpiest plan, if you will) in order to attract only the healthiest consumers. These people are the least likely to use services and thus prefer plans with limited protections and lower premiums. Eventually, most if not all plans would be priced at the available tax credits offered under the AHCA, because at that point these plans would essentially be free for eligible Americans.

Similarly, healthy individuals could sign up for the skimpiest available insurance plans in order to fulfill the requirement to remain continuously insured. They would then expand their benefits without incurring a penalty in case they fall sick and have large health costs to cover. Or, as the AHCA premium penalties are set rather low, the healthiest individuals could completely defer obtaining such coverage until a major medical need is incurred. Again, insurers would anticipate this behavior and refuse to offer comprehensive coverage.

Ultimately, eliminating the EHB essentially individualizes risk and cost by shrinking the risk pool down to a single individual, a situation similar to the situation prior to the enactment of the ACA. However, health insurance works best by creating a large, diverse pool of consumers with varying health care costs. The ACA sought to achieve this goal by combining the EHB with requirements for insurers to accept all consumers and for consumers to obtain coverage or pay a fine. If people sign up only when they are sick, it raises costs and makes plans unsustainable for insurers.

A need to reevaluate, not eliminate

This situation would potentially be further exacerbated by Republican plans to allow for the selling of insurance across state lines. Even if liberal states like California were to maintain similar consumer protections as present in the ACA, it is conceivable, even likely, that more conservative states like Florida would quickly move in the opposite direction. That is, they would allow for the sale of so-called bare-bones plans with few benefits or catastrophic plans – plans that only offer protection in case of significant financial exposure.

Both types of plans would naturally be less expensive compared to the more comprehensive plans, and thus attract the healthiest individuals. This has the potential of triggering a death spiral in the insurance markets of more protective states as their premiums would would skyrocket.

As such, individual consumers would bear significant hardship due to the elimination of the EHB. More limited coverage will inevitably lead to higher out-of-pocket costs for consumers.

The negative effects would likely be compounded for the broader health care system. Hospitals will be subject to increasing uncompensated care costs and will then shift these costs either to other consumers or be forced to close their doors. Also, a lot of the benefits of prevention and early intervention would likely be lost.

The EHBs have undeniably raised insurance premiums. However, this is hardly surprising because they have done so by reducing out-of-pocket costs and by providing consumers with meaningful protection against the vagaries of sickness.

In my own work, I have shown the diverse approaches that states have taken to adapt the EHB to their local health insurance markets. Unfortunately, I have also shown that states often do not rely on available policy expertise to balance adequate coverage with affordability.

Considering the benefits of EHBs, it would be prudent for all stakeholders to continuously revisit the important question of what services should be included in the EHB and which ones should not. 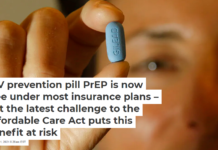 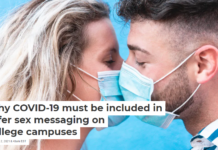 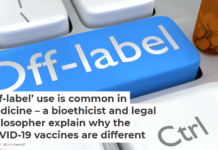 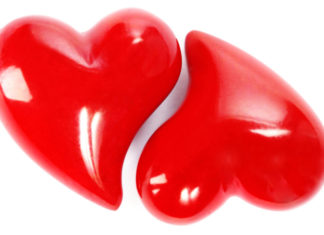 Staff Writer - March 6, 2015
By Ryan Schacht, University of Utah Relationships are often interpreted as the outcome of an exchange of goods and services. Common knowledge says that the...