The 27 words that constitute the Second Amendment seem to baffle modern Americans on both the left and right.

Ironically, those on both ends of our contemporary political spectrum cast the Second Amendment as a barrier to robust gun regulation. Gun rights supporters – mostly, but not exclusively, on the right – seem to believe that the Second Amendment prohibits many forms of gun regulation. On the left, frustration with the lack of progress on modern gun control leads to periodic calls for the amendment’s repeal.

Both of these beliefs ignore an irrefutable historical truth. The framers and adopters of the Second Amendment were generally ardent supporters of the idea of well-regulated liberty. Without strong governments and effective laws, they believed, liberty inevitably degenerated into licentiousness and eventually anarchy. Diligent students of history, particularly Roman history, the Federalists who wrote the Constitution realized that tyranny more often resulted from anarchy, not strong government.

I have been researching and writing about the history of gun regulation and the Second Amendment for the past two decades. When I began this research, most people assumed that regulation was a relatively recent phenomenon, something associated with the rise of big government in the modern era. Actually, while the founding generation certainly esteemed the idea of an armed population, they were also ardent supporters of gun regulations.

Consider these five categories of gun laws that the Founders endorsed.

Today American gun rights advocates typically oppose any form of registration – even though such schemes are common in every other industrial democracy – and typically argue that registration violates the Second Amendment. This claim is also hard to square with the history of the nation’s founding. All of the colonies – apart from Quaker-dominated Pennsylvania, the one colony in which religious pacifists blocked the creation of a militia – enrolled local citizens, white men between the ages of 16-60 in state-regulated militias. The colonies and then the newly independent states kept track of these privately owned weapons required for militia service. Men could be fined if they reported to a muster without a well-maintained weapon in working condition.

The modern gun rights movement has aggressively pursued the goal of expanding the right to carry firearms in public.

The American colonies inherited a variety of restrictions that evolved under English Common Law. In 18th-century England, armed travel was limited to a few well-defined occasions such as assisting justices of the peace and constables. Members of the upper classes also had a limited exception to travel with arms. Concealable weapons such as handguns were subject to even more stringent restrictions. The city of London banned public carry of these weapons entirely.

The American Revolution did not sweep away English common law. In fact, most colonies adopted common law as it had been interpreted in the colonies prior to independence, including the ban on traveling armed in populated areas. Thus, there was no general right of armed travel when the Second Amendment was adopted, and certainly no right to travel with concealed weapons. Such a right first emerged in the United States in the slave South decades after the Second Amendment was adopted. The market revolution of the early 19th century made cheap and reliable hand guns readily available. Southern murder rates soared as a result.

In other parts of the nation, the traditional English restrictions on traveling armed persisted with one important change. American law recognized an exception to this prohibition for individuals who had a good cause to fear an imminent threat. Nonetheless, by the end of the century, prohibiting public carry was the legal norm, not the exception.

Under traditional English common law, one had a duty to retreat, not stand your ground. Deadly force was justified only if no other alternative was possible. One had to retreat, until retreat was no longer possible, before killing an aggressor.

The use of deadly force was justified only in the home, where retreat was not required under the so-called castle doctrine, or the idea that “a man’s home is his castle.” The emergence of a more aggressive view of the right of self-defense in public, standing your ground, emerged slowly in the decades after the Civil War.

Although some gun rights advocates attempt to demonize government power, it is important to recognize that one of the most important rights citizens enjoy is the freedom to elect representatives who can enact laws to promote health and public safety. This is the foundation for the idea of ordered liberty. The regulation of gun powder and firearms arises from an exercise of this basic liberty.

In 1786, Boston acted on this legal principle, prohibiting the storage of a loaded firearm in any domestic dwelling in the city. Guns had to be kept unloaded, a practice that made sense since the black powder used in firearms in this period was corrosive. Loaded guns also posed a particular hazard in cases of fire because they might discharge and injure innocent bystanders and those fighting fires.

One of the most common claims one hears in the modern Second Amendment debate is the assertion that the Founders included this provision in the Constitution to make possible a right of revolution. But this claim, too, rests on a serious misunderstanding of the role the right to bear arms played in American constitutional theory.

In fact, the Founders engaged in large-scale disarmament of the civilian population during the American Revolution. The right to bear arms was conditional on swearing a loyalty oath to the government. Individuals who refused to swear such an oath were disarmed.

The notion that the Second Amendment was understood to protect a right to take up arms against the government is absurd. Indeed, the Constitution itself defines such an act as treason.

Gun regulation and gun ownership have always existed side by side in American history. The Second Amendment poses no obstacle to enacting sensible gun laws. The failure to do so is not the Constitution’s fault; it is ours. 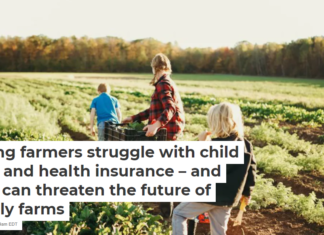