1. How do we prepare for something we can’t predict?

First and foremost, people need to be prepared for their daily life to be affected by public health measures that are put into place to try to limit the spread of the virus.

This could be anything from relatively benign social distancing measures, such as canceling large gatherings, to measures that may have a larger impact on day-to-day life, such as school and business closures. It is also possible that people may be asked to remain in their homes for an extended period of time if there is a large outbreak in their local area, such as what has occurred in China.

To prepare for this, it is best to have a two-week supply of food, personal hygiene items and sufficient supplies of any required prescription or nonprescription drugs. It is also important to keep copies of medical records for reference.

2. The US has only 57 cases so far. Why might that increase?

So far, all cases in the U.S. have been imported or directly connected to travel. That is, either someone came to the U.S. who was infected or had contact with someone who had recently traveled out of the country.

To track down these cases, public health officials have been testing all travelers who present symptoms that have recently been to China, have been in contact with a recent traveler from China, where the outbreak started, or had contact with a confirmed case. People who tested positive have been isolated. In addition, travelers returning from locations of outbreaks have been asked to quarantine themselves in their houses or have been quarantined by the U.S. government for 14 days in order to prevent onward transmission in the event that they were infected but not yet showing symptoms.

However, as the virus establishes itself in multiple countries, the U.S. will have more introductions, meaning that travelers will bring it into the U.S. from other countries. It is inevitable that we will miss some cases, which will result in community transmission in the U.S.

In addition, right now public health systems are concentrating on testing individuals with connections to known outbreak locations or confirmed cases. Public health officials and medical personnel are looking for the cases in the most likely places, but that means that we may not detect cases early where we are not expecting them. U.S. officials will know this has happened if they detect a cluster of severe cases, at which point there likely will have been multiple rounds of transmission, and an outbreak will have begun.

3. What has changed to make public health officials more worried?

The outbreaks are now occurring in multiple countries. Also, the fact that there are multiple, concurrent outbreaks – and that public health officials do not know the scope of those outbreaks – is worrisome.

As the virus spreads into more countries, particularly those with weaker health systems, it will become much harder to control the spread worldwide. As the number of cases increases in a location, the likelihood that someone who is traveling from that location is infected increases. And, this in turn, increases the probability of the virus being introduced into another location.

For example, there had been very few cases of COVID-19 detected in Italy until Feb. 22, 2020, and they were all related to travel. However, a few days later, officials detected a cluster of COVID-19 cases. There was no clear link to travel in the confirmed cases, indicating that community transmission was occurring. Now, cases imported from Italy, either by Italian tourists or by citizens returning from Italy, have been detected in multiple countries. Likewise, Iran now has community transmission and has exported cases to multiple countries.

In the coming weeks and months, this pattern will likely repeat itself in multiple locations. 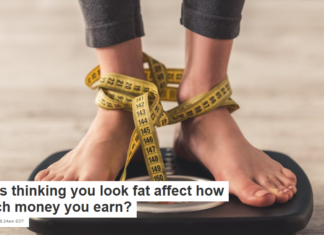 Your mobile phone can give away your location, even if you...