The 500,000 tourists expected to attend the 2016 Summer Olympics in Rio de Janeiro will see a dazzling city, miles of sparkling beaches and an Olympic Park with nine venues, all presided over by the towering statue of Christ the Redeemer gazing down from Mount Corcovado.

But another, equally famous feature of Rio – its miles and miles of vibrant, urban slums known as favelas – won’t be on display. That’s because the Rio city government has spent months evicting residents, demolishing their shacks and constructing miles of roadside walls to hide the shantytowns from view of arriving Olympic visitors.

Rio isn’t the only world-class city to hide or dismantle its shantytowns; poor people are considered unsightly wherever they go, and cities regularly exercise their power to expunge homemade shacks from the landscape. Demolitions of a shantytown north of the South African capital, Pretoria, sparked riots earlier this year. Many bidonvilles in France – most recently in Calais – have been demolished in the name of public safety and order. In 2008, the Rwandan government bulldozed the last remaining shantytown in its capital, Kigali.

The United States is no exception. Many think of shantytowns as a problem of the developing world. But America has its own untold history of shantytowns, which I detail in my recent book, “Shantytown USA: Forgotten Landscapes of the Working Poor.”

While some persist today in the form of trailer parks and homeless encampments, their heyday was from the 1820s through the 1940s, when they peppered the nation, providing housing for the working poor, unemployed and destitute. But as in Rio, U.S. policymakers who claimed to be improving the lives of residents ended up dislodging most of these self-made, ramshackle communities that were, in many ways, havens for the poor.

In my book, I define shantytowns as communities of single-family dwellings built by poor working people for themselves from materials at hand. This separates them from housing built for poor people by others, like government-funded housing projects.

It’s hard to get a sense of what shantytown residents thought of themselves, but popular 19th-century songs and plays suggest that they saw shantytowns as symbols of hospitality, resourcefulness and self-determination.

Take “The Irishman’s Shanty,” a popular song from 1859 that reflects feelings of freedom and independence:

Workers who built shantytowns often designed small single-family homes with yards, porches and picket fences. Roads and pathways in shantytowns meandered, dipped and climbed in accordance with the topography, making them difficult for outsiders to traverse. This unpredictable design – which I call “oppositional planning” – made shantytowns areas of privacy and protection, places where dwellers could more easily move about freely and enjoy a measure of self-governance.

Shantytowns were also places of work: dairies, laundries, market gardens and hauling services operated within the communities. Residents belonged to churches, voted and went to court to protect their property rights.

The dwellings themselves varied considerably, from mud huts and teepee-like “pole shanties” in the 18th century to log and wood structures in the 19th, often (but not always) built by immigrants or African-Americans. They were usually located in low and swampy or high and rocky areas near owners’ workplaces. Surprisingly, shanty dwellers were not necessarily squatters: Many if not most 19th-century shantytown dwellers paid ground rent for the land where their shanties sat.

In the 20th century, the forces behind the development of shantytowns shifted a bit. The Great Depression rendered thousands jobless and homeless; left to their own devices, these people built shacks out of corrugated tin, linoleum, cardboard boxes and automobile parts. Called Hoovervilles (after sitting President Herbert Hoover), these shantytowns were covered extensively by the media.

The view from above

Initially, America’s middle and upper classes viewed shantytowns as a necessary – albeit temporary – condition of rapid industrial growth in the 19th century.

But poor laborers did not always move on. Those who remained, and the new arrivals who joined them, created shantytowns that lasted for decades in cities like New York, Chicago, Atlanta and Washington, D.C. These self-built communities covered large swaths of major cities, including a 20-block stretch of Eighth Avenue in New York City, much of the Brooklyn waterfront and what is now Dupont Circle in Washington, D.C.

In a nation busily writing building codes and standardizing housing forms, shantytowns came to be considered civic embarrassments, impediments to progress and barriers to the beautification of America’s great cities – the same cities shantytown inhabitants helped to build.

Their dogged insistence on staying put annoyed and frightened their better-heeled neighbors. Middle-class observers often thought of shantytowns as slothful, depraved “dens of vice and wretchedness.” Newspapers and magazines depicted them as breeding grounds for crime and violence, places that were “foreign,” uncivilized, even bestial. There were bursts of nostalgia in the 1880s (an article in Scribner’s praised their “disreputable freedom”) and again in the 1930s, when movies like “Sullivan’s Travels” and “My Man Godfrey” championed the common man. But in general, the middle class denigrated shantytowns and shanty dwellers as “un-American.”

Shantytowns didn’t disappear after the Great Depression, but tightening zoning and building codes, combined with public housing schemes that provided ostensibly better housing for the poor, drastically limited their growth.

In these well-meaning policies, we see the rights and independence of the poor being suppressed. Before, the poor had been able to exercise a measure of control over where they lived; shanties, though modest, were single-family residences that were often located close to where inhabitants worked. Now they were told to navigate bureaucratic hurdles while being shepherded into multifamily apartments located in sections of cities that were often much further from workplaces.

Because Shantytown residents felt a sense of community as strong as their middle- and upper-class neighbors, they consistently – sometimes violently – resisted attempts to demolish their homes.

The effect could be humorous. On one occasion in 1880, The New York Times reported that a deputy distributing eviction notices along Manhattan’s 81st Street “was seized, and a milk-can, half-filled, was turned over his head like a hat.” Other times the attacks were more serious, like when residents unleashed dogs “kept for the purpose of harassing bailiffs.”

But police were responsible for most of the violence, such as the time a deputy “bound a [resident], carried him to a distance and hitching horses to a cable thrown around the dwelling, dragged it to the ground.” In another instance, a resident who refused to move out was literally dynamited out of his shack. According to The New York Times, “the workmen blasting rock finally approached so near that they were afraid of destroying the lives of the inmates.”

These descriptions from 19th-century American newspapers are quite similar to media reports of forced evictions in Rio in the run-up to this summer’s Olympics. In both cases, poor people tightened their grips on their self-built homes as they squared off against a state that claimed to be committed to improving their lives.

Rio resonates in yet another way with American shantytowns: Residents have repeatedly rejected government offers of “better” housing at sites far removed from their current neighborhoods.

In 1931, residents of a Phoenix shantytown built with “pieces of cartons, old tin, bits of carpet or gunny-sack – anything that can be had” astonished Red Cross workers by refusing offers of better housing. That same year, residents of a Brooklyn shantytown known as Hoover City were asked to explain their preference for shantytown life; they cited a sense of personal freedom,“ independence, and the very practical advantage of living close to work.

Those same values appear to have motivated 20 of the 600 original residents of the Vila Autódromo favela to resist growing government pressure to leave their shantytown next to the site of the Olympic Park. After months of sometimes bloody resistance, they wrung a promise from the mayor of Rio to rebuild their houses on the same site.

Like their American counterparts decades earlier, Brazilian government officials and private developers have disparaged the poor as a tactic to deny them their rights to the city. Last year, Carlos Carvalho, the Brazilian real estate tycoon who owned much of the land where the Olympic Park was built, touted the “new Rio” that would emerge in advance of the Olympics – a new Rio for “elite [people], of good taste” full of “noble housing, not housing for the poor.”

Early in my research for “Shantytown USA,” I came across the minutes from an 1830s meeting of the Manhattan Board of Assistant Aldermen. Members who had decided to demolish blocks and blocks of downtown shanties all of a sudden wondered: “Where are the poor to go?”

Where indeed, in 19th-century New York City or in 21st-century Rio. In 2016, more than 77,000 favela residents were evicted from their homes to make way for the “new Rio” built for Olympic visitors. Many were rehoused in government-built housing, but not all – and thousands decried the relocation.

Where can the poor go? Given a choice, many choose shantytowns over other available options. Shantytowns are proof of the inability of institutions to keep up with the demand for affordable housing for the poor. But they also express a working-poor vision of community that elevates values of resourcefulness and reinvention over the middle-class fixation on property and profit.

Where should the poor go? If only the answer were up to them. 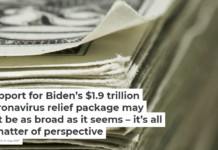 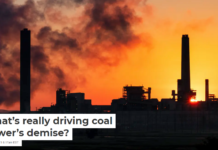 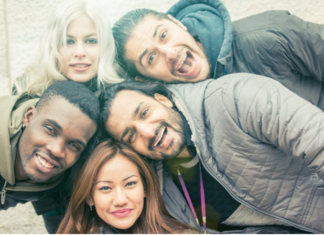 Lessons for Israel on how shared education can bridge divided communities

Pigments from microbes provide clue to evolution in ancient oceans –...