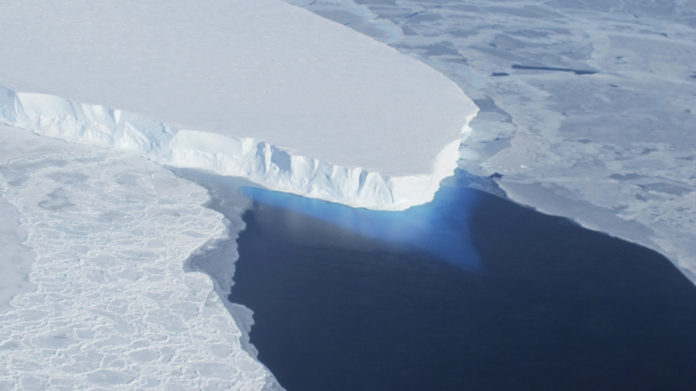 Industrial civilization must become technologically, economically, politically, and morally sustainable to hold the earth’s temperature below 2°C (3.6°F) higher than its preindustrial average. The problem is not insurmountable. It is possible, then, that we’ll benefit in the long run from having to deal with human-caused global warming, by being forced to mature politically and ethically.

As of yet, however, the world has largely failed to move beyond moral, political, and economic parochialism. Our continued failure will supplant the promise of sustainability with a legacy of collapse.

At our present pace of fossil fuel burning we will, by 2036, exceed the 2°C limit (using the Northern Hemisphere mean temperature on a true pre-industrial (1750-1849) baseline under the assumption of a mid-range (3°C) equilibrium climate sensitivity). And if we reach 2°C warming, then natural feedback could threaten to drive further warming, making it possible for warming in the range of 3°C or more to occur. If temperatures warm 3°C (5.4°F) or more, we may simply be unable to cope with the consequences.

In short, our current model of development could prove catastrophic for human civilization and the natural world.

It is not contradictory to reason to prefer the destruction of the whole world to the scratching of my finger.

Hume was not endorsing such judgments. Rather, he was saying that our reasoning tends to be framed by non-rational, and in his example, selfish passions. Cavalier attitudes about climate change in the regions most prepared to cope with it seem to confirm Hume’s insight.

In response to Hume, Immanuel Kant reasoned there was an ethical duty to treat others by standards consistent with one’s own moral status. Doing so encourages a cosmopolitanism that looks beyond national borders.

The concept of “justice as fairness,” advanced more recently by John Rawls, recommends that benefits enjoyed by the most advantaged members of society contribute to the prospects of the least advantaged. Influentially, the contemporary philosopher Peter Singer argues that affluent citizens of the world have an ethical responsibility to assist the global poor and disenfranchised.

Any politically just and morally accountable framing of climate policy must involve consistently weighing the actions of affluent industrialized nations against their impacts on the least advantaged.

So far, the wealthiest nations of the world have exploited the benefits of fossil fuel extraction while securing a future of increased suffering for the planet’s least fortunate. Developing nations of the world cannot sustain a similar rate of carbon based growth to the one previously enjoyed by developed nations.

Those least responsible for climate change are most vulnerable to it, constrained by it, and face the greatest imminent danger from it. To avoid the dangerous comfort of provincialism we in the developed world must understand the dangers faced by those at the frontline of global warming impacts.

Currently, at just 0.9°C (1.6°F) warming, sea levels have risen eight inches. As a result, millions in the developing world are increasingly vulnerable to coastal storm surges. Tropical cyclones have an ever more damaging reach over the coastal poor, while warming oceans ratchet their destructive power.

As the Antarctic and Greenland ice sheets continue melting, another three feet and possibly as much as six feet of sea level rise by 2100 can be anticipated.

This means the warming level already reached will likely displace millions of people worldwide. Entire island cultures may be scattered and their traditional ways of life destroyed. Any resulting refugee crisis will be exacerbated by a greater range of agricultural pests, tropical diseases, increasingly frequent heat waves, wildfires, droughts, and subsequent crop failures. Migrating climate victims will be at risk of further injustice as social and political tensions intensify.

And to it, we must add a reckoning with what is now the greatest ongoing mass extinction period since dinosaurs wandered the earth. Despite having accessible public information about global warming for more than two decades, many countries continue emitting greenhouse gasses at record-breaking rates.

To be sure: the planet we hope to leave the youngest children alive today and their offspring will be a world of unfair ecological devastation, with little margin for error on their part. If we don’t take aggressive action now it will remain a world of increased suffering, hunger and starvation, and ever less biodiversity.

Members of the industrialized world shoulder a shared moral responsibility for the ongoing consequences of our current behavior. We have long understood how to curb global warming through carbon pricing agreements. Instead we have postponed action while many in the political and industrial sectors, with financial interests in collective inaction, encouraged (and in some cases financed) a phony, immoral, and dangerous attack on settled science.

Doing so is a moral and practical imperative that will require legally binding mitigation plans, increased investment in sustainable infrastructure, and renewable technologies.

If we fail to avoid 2°C warming, a possibility we must be ready for, aggressive action taken now will still position the next generation to better build on our efforts—while learning from our mistakes. The difficulty of our situation is no excuse for moral dithering.

This article has been updated to include more detail about the basis for passing 2°C by 2036.

Michael E Mann does not receive relevant external funding. His other affiliations and research funding are listed here: http://www.meteo.psu.edu/holocene/public_html/Mann/about/cv.php.

Lawrence Torcello does not work for, consult to, own shares in or receive funding from any company or organisation that would benefit from this article, and has no relevant affiliations.

However you spend it, money isn’t the key to happiness

Staff Writer - March 22, 2015
Christopher Boyce, University of Stirling How important, if at all, is having more money for our happiness and well-being? Unsurprisingly this question stimulates a lot...

Who owns the moon? A space lawyer answers