In the last six months Colorado, Louisiana, Missouri, Michigan and, most recently, Arizona have passed “right to try” laws that allow terminally ill patients to access treatments that have only passed FDA Phase I clinical trials. All patients need is permission from a drug company and a prescription from a doctor.

Right to try laws are designed to ensure that terminally ill patients taking part in clinical trials are true volunteers and have no incentive to cheat the clinical trials system as has happened in the past.

Recently, these laws have been critiqued as misguided, and the ethics of allowing patients to use experimental drugs are still up for debate. These laws do not guarantee access to experimental treatments and patients may have to pay for them out of pocket.

Critics of these laws worry that alternative trial designs, or access to such experimental drugs outside the clinical trials system will significantly delay the development of effective therapies.

Right to try laws are ethically defensible because they give desperately ill patients a choice. They can decide to participate in placebo controlled clinical trials or to access experimental agents as a possible last-chance treatment. The clinical trial system demands that participants are true volunteers. But, without right to try laws, terminally ill patients have no choice but to access these experimental treatments through placebo controlled trials.

AIDS and the origins of ‘right to try’

Throughout the 1980s, AIDS activists and patients fought to change the clinical trials system. Dying from what was then a terminal illness, many people with AIDS insisted on the right to access experimental drugs that had successfully passed Phase I clinical trials.

Phase I trials are designed to establish the toxicity profile of a particular drug. A small group of volunteers (often not more than a handful) test the drug to find out whether it has serious side-effects. They don’t have to be patients, because the objective is to determine what negative effects, if any, the short-term use of the experimental agents could have.

Taking part in clinical drug trials meant that AIDS patients faced the chance of being assigned to the placebo control group, and not the group receiving the experimental treatment. These patients understood perfectly well the steep odds against these drugs working. But at least there was a chance. The same cannot be said of placebos.

But, we expect patients participating in clinical trials to be true volunteers. Patients need to choose to participate and give first person voluntary informed consent.

Many patients grew frustrated with this system and, often in collusion with their doctors and pharmacists, lied and cheated to access particular clinical trials. They analyzed who got placebos and who got the experimental drugs, and shared the drugs. Patients dropped out of clinical trials they believed offered trial designs not conducive to their own survival. Controlled trials become nearly impossible under such circumstances.

Undoubtedly this made it harder to get a sense of what drugs worked and what didn’t and may have delayed the development of life-preserving anti-HIV medication.

Since the 1980s special access protocols have been implemented in the United States, Canada and other countries. These protocols meant to ensure that catastrophically ill patients can access experimental agents outside the clinical trials’ system.

At least in theory. In practice, things are different. Right to try laws do not guarantee the right to access experimental treatments. Even with laws in place, access is still controlled by drug manufacturers.

In Canada the government permits people with terminal illnesses to access drugs that are in the clinical trials system, and they can do so without having to participate in the trials. In return they promise to have their doctors monitor the impact of the drug carefully and report it back to the manufacturer or whoever runs the clinical trial.

Access to these treatments depends on the goodwill of pharmaceutical companies keen on recruiting patients into their clinical trials. Drug manufacturers effectively coerce terminally ill patients into their trials by refusing access to the experimental agents. Experimental drugs are sometimes released outside of clinical trials on so-called compassionate grounds, but that doesn’t always happen.

And who pays for these experimental treatments? For good reasons insurance plans in the US (or, in Canada, government programs assisting uninsured patients) will not pay for drugs that are untested and are not known to work. As a result of this patients in both Canada and the US must pay out of pocket for these experimental agents.

Pharmaceutical companies are free to charge whatever they wish for these agents, and so, arguably, are in a situation to exploit financially desperate dying patients. This also gives them an opportunity to deny patients access in order to coerce them into trial participation. Regulators need to look at this problem as a matter of urgency.

For another view of the ethics of right to try laws see: ‘Right to try’ laws are compassionate, but misguided

Udo Schüklenk does not work for, consult to, own shares in or receive funding from any company or organisation that would benefit from this article, and has no relevant affiliations. 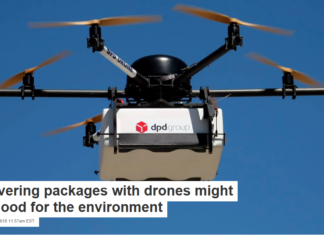