For the last hundred years, scientists have believed that humans develop in a womb that remains sterile and completely isolated from the collection of bacteria, fungi and viruses that make us sick when we emerge into the outside world.

This theory was largely based on the fact that it was very difficult to grow live microorganisms collected from this part of the body in the lab – so scientists assumed there weren’t any to find in the womb.

However, recently there have been several important new findings in this area of research. My team at the University of Tennessee and two other groups showed new evidence that microorganisms are likely present inside the womb during normal development. Specifically, my team has discovered fungi in the gut of newborns at birth. Our work suggests that fungal DNA and possibly live fungi may cross the placenta from mother to fetus as a normal part of pregnancy.

In addition to being a research scientist, I am also a physician who cares for preterm infants in intensive care. My work with these tiny babies got me wondering about when human bodies begin their first partnership with the fungi that naturally live in our guts. Humans all have bacteria and microscopic fungi, like the yeasts that make bread rise or beer ferment, that live in and on our bodies as our partners. In my laboratory we are striving to understand when the bacteria and fungi that live in and on the baby begin to form this healthy relationship.

Is the womb really sterile?

The question of whether the womb is sterile began several years ago when a team in the maternal-fetal medicine laboratory of Kjersti Aagaard published impressive research revealing the fetus could be exposed to bacteria during pregnancy – effectively debunking the century old sterile womb hypothesis.

But in the past few months a heated debate has erupted as a group of scientists suggested that researchers, including Aagaard, had mistaken environmental bacteria contaminating their samples for bacteria living in the placenta. They claimed there were not any bacteria in the placenta and that the womb was sterile, as most scientists had originally believed.

Adding more support to her previous findings, Aagaard published a study in August that used a glowing dye to see bacteria in the placenta under a microscope. Another group also published similar findings in humans and mice. These studies and our own lend even more support to the new idea that the womb in not sterile.

But still no one knew when infants come in contact with their first fungi. Before I could understand if this process was going wrong in preterm babies and making them sick, I needed first to learn how it is supposed to happen in healthy babies.

We then grew the microorganisms from the meconium using oxygenless chambers that mimic the airless environment of the gut. To categorize the microbes, we employed a new technique that uses DNA to identify the genus of microbes in a sample.

To our surprise we found fungal DNA in nearly all the babies – even in preterm infants born after only 23 instead of the normal 40 weeks of pregnancy.

We measured a gradual increase in the amount and kinds of fungi from each baby, depending on how long he or she had stayed inside the mother before birth. This increase over time supports the idea that colonization by fungi is a natural process and that fungi slowly and steadily accumulate in the fetus during pregnancy.

The differences in gut bacteria and fungi between preterm and term babies were very consistent and stark. It was possible to accurately predict whether the meconium sample came from a baby that was full-term or premature.

Fungi are in the normal newborn gut at birth

However, one striking difference was that the fungi Candida was found in more preterm infants. The gut communities of several preterm infants in our study were dominated by Candida – some were almost entirely Candida. Unlike the majority of the fungi we studied, which are naturally present in the gut, this made us wonder if having too much of this fungi too early in life might be one of the many causes of preterm birth. Normally Candida lives harmlessly in our guts, but it can occasionally trigger yeast infections; if it invades the blood, it can make a preterm infant very sick.

Our team is exploring how fungi begin to colonize the newborn gut and what happens when this process goes awry. While there are many possibilities that remain to be explored, if the formation of early fungal communities does not proceed as usual it could lead to developing asthma and potentially obesity. In order for scientists to understand if this process is not happening correctly, we need to understand how the first fungal communities are supposed to form in newborns. Our study is a key first step down this path. 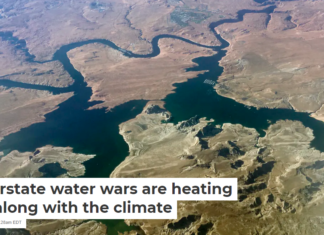