Less than a month since Barack Obama went to the American public with his strategy for defeating the Islamic State (IS), expectations of a successful outcome are already being significantly lowered.

This is worrying, since Obama likened IS to cancer; a harbinger of death requiring immediate surgery. IS’s malignance was so horrifically self-evident that the move to cut it out won near-total acceptance across the political spectrum; in a matter of weeks, the group’s brutality had rendered opposition to military inaction politically and morally untenable.

Military action has repeatedly been presented as a no-brainer; opinion polls, which just three months ago showed active resistance to military intervention in Syria and Iraq, more recently showed that almost 70% of Americans and Britons were convinced of the need.

One theory of how foreign policy is made views it as a two-stage decision making process. In the first stage, leaders first discount all options that threaten them politically or fundamentally clash with their belief system; only in a subsequent phase of strategising do they actually use more analytical, cost-benefit strategies to figure out the best course of action.

This broadly seems to explain how the decision to attack IS was made. The first stage of decision-making was driven not by careful calculation, but by moral outrage at the brazen atrocities of a group more extreme than al-Qaeda, in particular the beheading of Western hostages.

The result is that assessments of capabilities and threat, the traditional benchmarks for sensible foreign policy, were barely present at the conceptual stage. The strategy is instead the outgrowth of a moral, emotional logic.

And as Kobanê has showed, this emotional transition from inaction to military engagement was inadequately informed; it still lacks a clear understanding of how IS has come to rule 8m Iraqis and Syrians, sometimes secured millions of dollars of funding a day, and exploited all manner of regional security weaknesses.

But along with those strategic issues, one of the main obstacles to a coherent strategy is that the US and its allies have very different interests and capabilities in the two theatres where IS poses a threat.

In Iraq, there are ground troops to work with and a central government with substantial international (if not domestic) legitimacy. The aims of perennially squabbling regional actors, so poorly aligned in Syria, are far more reconcilable in Iraq; all are willing to work with the central government, and several have significant influence there. True, the Kurds have taken advantage of the Iraqi army’s disastrous performances to advance their interests, but the long-trumpeted break-up of Iraq remains an unlikely scenario.

Yet even though the US has more options in Iraq than it does in Syria, the recapture of Rabia by Kurdish Peshmerga showed how hard it will be to dislodge IS fighters. In a desperate last stand, a force of just 30 jihadists held out for 2 days against 1,500 Peshmerga fighters, who were supported by coalition air power. When the Peshmerga finally entered the town, they found that up to 20 of the ISIS rear-guard had managed to slip away. No sooner had they taken the town than IS killed scores of people with seven suicide vehicle attacks.

Meanwhile, IS fighters are fighting a largely successful campaign to consolidate their power in Iraq’s Anbar province. Last week they closed in on the city of Heet, which hosts close to 100,000 internally displaced people. In a region that contains half a million such refugees, aid workers and medical staff warn of chronic shortages of food, medicine, hospital beds, shelter and clean water.

The government’s reliance on artillery and airstrikes to check IS’s advance in Anbar has reduced urban areas to rubble and killed many civilians. Without committed forces fighting on the ground, airstrikes are not working. The Sunnis of Anbar feel abandoned; the critical battle for hearts and minds in the Sunni heartlands is being lost. As a priority, a massive humanitarian mission is needed to avert an impending disaster in Anbar.

Persuading disillusioned Sunnis that the central government will protect them and give them a stake in the county is the only viable strategy for defeating IS in Iraq. Success will ultimately come down to whether the promising signs that new prime minister Haider al-Abadi intends to build a more inclusive political process are fulfilled.

The situation in Syria looks far more dire. The Obama administration insists its bombing campaign was never expected to have much impact, with support from ground troops it freely admits effectively do not exist. The upshot is that the strategic town of Kobanê, on the Turkish border, could fall any day.

Washington’s strategy appears to rest on persuading Turkey to provide the boots on the ground that could actually make a difference. The situation in Kobanê is further complicated by the politics of the Kurds fighting there, who do not share Turkey’s belief that ousting President Assad is as important as defeating IS. To make things even more delicate, they are also allied to the PKK, which has fought a long-running war against the Turkish state.

Turkish president Recep Erdogan is unwilling to rescue a force he believes has given up on removing Assad, and intends only to carve out an autonomous region that will exasperate Turkey’s own Kurdish problem. In this context, the back channel talks that have been happening between the US and the Syrian Kurds – which diplomats from both sides are now admitting have been ongoing for several years – will be watched warily in Ankara.

At a minimum, Erdogan will surely make any Turkish intervention contingent upon Washington directing its firepower against Assad’s forces. This is a deeply unattractive option. Unlike IS, Syria has an air force and air defence system that could feasibly shoot down US pilots. Strikes against Assad would plunge relations with Russia to an even further low, and the reaction in Iran would be hysterical, jeopardising the chance of a successful deal on the critical nuclear issue.

Erdogan may also insist that Washington police a “buffer zone” to be declared in the northern part of Syria – a demand the Obama administration has long resisted because of its cost and complications.

Given all this, and strong domestic opposition to a ground intervention, it seems unlikely that Turkish soldiers will take on IS on the ground – at least without increased US pressure.

But Washington is at last starting to put that pressure on. On October 12, secretary of state John Kerry deliberately downplayed the chances of saving Kobanê from IS as Washington positioned itself to blame Turkey for the town’s loss. Perhaps in response, Turkey has finally agreed to allow US access to some of its military bases. The allies’ longer-term plan to train about 5,000 opposition fighters will demand not only patience, but the further lowering of expectations; according to the Pentagon, it will take up to five months just to set up the facilities.

Washington’s belief that its Sunni allies are largely to blame for the rise of IS in Syria has long influenced its strongly regionalist approach; only by cobbling together a “coalition of the willing” can Obama retain the distance he needs between this mission and the Iraq war he would like to be remembered for ending.

But America’s disgruntled allies are now complain that the main benefactor of US airstrikes is President Assad of Syria. They may be right: Syria has recently stepped up its attacks on rebellious parts of the country.

The obvious and depressing conclusion is that the strategy as it stands now is entirely dependent on the actions of actors who are clearly far beyond Washington’s capability to influence.

Christian Emery does not work for, consult to, own shares in or receive funding from any company or organisation that would benefit from this article, and has no relevant affiliations. 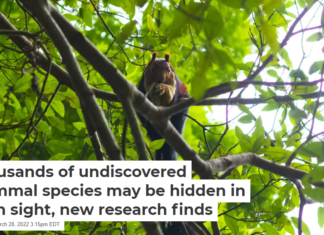